Twenty-year-old Margaux Allen tucks a piece of shoulder-length blond hair behind her ear. Her normally gentle, green eyes shine bright with a steady sense of determination. She inhales deeply, letting the air move slowly through her body, and leans forward as she begins to recount the night which prompted her to leave her friends, professors and her school behind.

“Everyone wants to be like, ‘Oh Asheville, we’re so on top of that. We’re such a fostering community and when you come out to us as having experienced this horrific thing, we’re all going to be there to support you.’ But everyone just gives you weird looks and writes you off and tries to ignore that it’s happening,” Allen said.

In fall 2015, like most freshmen students at UNC Asheville, Allen was busy making new friends. Her smart, bubbly personality and passion for gender equality and racial justice make her a kind and easygoing friend. One evening, she was enjoying dinner at a friend’s house, an outgoing upperclassmen whom she dated in previous weeks. But unlike the other dates with him, this one was different.

Unfortunately, Allen’s experience does not stand alone. One in four women experience sexual assault on a college campus, yet only 12.9 percent of victims report their assault to any official, according to a 2016 Bureau of Justice Statistics report. Fears concerning confidentiality and poor treatment were cited among the most common reasons victims chose not to report.

Allen was among the few who decided to report her assault to UNCA officials. Like many college students today, she knew her first step was to visit the university’s Title IX office.

According to the U.S. Department of Education, the Title IX statute was put into place to protect students against discrimination based on sex within state and federal agencies who receive federal financial assistance. The statute also mandates educational institutions, such as public universities, provide resources to students facing sex-based harassment while attending school.

Jill Moffitt, Title IX administrator and associate vice chancellor of student affairs at UNCA, said Title IX serves as a student resource which triggers a direct response from the university. Moffitt noted that university-assisted Title IX investigations are not the same as a criminal investigation filed through state and local police departments.

“This isn’t going to be a nightmare like how everyone else depicts their story of sexual violence and dealing with it,” Allen said.

Allen said she soon found herself in a dizzying maze of forms and legal jargon. Answers were not simple or readily available. Questions loomed about how or when to acquire an attorney or file a criminal investigation.

“I haven’t read a lot of Title IX documents. I don’t know how universities are supposed to operate. I don’t know all the rules and terminology that they use. It was just kind of like, dropped onto my plate in a really unfair way,” Allen said.

Allen said condensing sexual assault into a network of legal documents and protocol  may lead students to feel isolated and helpless rather than reassured.

A 20-year-old alum, who wished to remain anonymous, said their experience with UNCA’s Title IX office lacked basic empathy and support when they attended the university.

Moffitt said a student coming to the Title IX office categorizes as a report. Reports remain confidential through Title IX and the survivor’s story must be documented if they decide to share it with a Title IX administrator.

Moffitt said while Title IX may provide universities with options to reprimand those found guilty of sexual assault through means of expulsion or suspension, the law falls short of helping those seeking legal counsel or criminal charges.

“The most we can do — and we would do this for the respondent, too, if they asked us because we offer the same services to both parties — basically, what we do if a student’s like, ‘I want a lawyer but I can’t afford one,’ the minimal thing that we do is tell them to call Pisgah Legal Services,” Moffitt said. “But we don’t actually sequester lawyers for them. They have to do that on their own.”

Moffitt said misunderstandings about the function of Title IX cause many students to become  overwhelmed with the process.

“By and large, I don’t think students quite understand what Title IX is or what the process is until they have to make a report,” Moffitt said. “And so technically, you read the policy and it parses out the legal process versus the education process. So, it seems clear. But, I don’t expect someone who’s coming in to report to me to read a 37 page policy. It’s my job to unpack it with them and try to help them through it.”

Moffitt said her office faces a variety of scenarios when helping students file Title IX. Students may be presented with a deluge of options depending on where the assault took place or whether non-students were involved. Moffitt said process advisors are assigned to students to answer questions and help them navigate the labyrinth of red tape.

“The process is what it is and so we want to make it as easy as possible. So, as questions come up from students through the process, they have someone who’s basically at their beck and call to say, ‘OK this is what this means, don’t freak out, this is how we’re going to move forward’ and we do that at Title IX to make sure that at every step students are feeling like they know what’s going on,” Moffitt said. “We don’t expect them to feel comfortable necessarily. That’s a lot. But, we do want them to know what’s going on and we want them to be empowered enough to make their own choices.”

Despite these efforts, not all students find the system easy to cope with. As the weeks dragged on, Allen said anxiety and depression began to take a toll on her grades and attendance. She received emails frequently about the investigation and was asked to organize time to meet with university officials. Finally, after attempting to handle the lengthy system alone, Allen reluctantly reached out to her parents for help.

“There was a lot of confusion, no clarity at all,” Allen said. “Eventually I just had to tell my mom because I was going to fail out of school.”

As the proceedings continued to unfold, Allen’s perpetrator remained enrolled on UNCA’s campus. She said she felt baffled by a system that would have her face her abuser during school.

“I was trying to explain that I didn’t feel safe enough to go to class,” Allen said. “It was just like a really hard time for me. Just the whole experience was like, ‘Why aren’t they helping me,’ you know?”

Although victims of sexual assault are encouraged to report, Allen said she could empathize with the intimidation victims might feel from Title IX proceedings.

“I mean, when you have a 19-year-old freshman in college who gets raped by an upperclassman, it’s easy to scare her away from doing anything about it,” Allen said. “How easy is it when she’s reaching out for help to just be like, ‘Well, there’s this whole mess of a situation. Figure it out’?”

The anonymous source said their experience with the Title IX office shaped the course of their education, ultimately causing the source to change schools.

“I started really struggling in my classes, and I wasn’t comfortable telling my professors about what had happened, so I didn’t really have an explanation for why I was doing so bad,” the former student said. “I just think that negative experience, if it had been handled differently, maybe I would have dealt with things differently.”

Moffitt said in her five years of working at UNCA’s Title IX office, she has seen both positive and negative student experiences. She said the experience primarily depends on whether the student is physically and mentally prepared to tackle the long process.

“The nice thing about my job is that I’ve gotten letters from survivors who have moved on, who have looked back at their time in college and understood that the Title IX process is something that really helped them,” Moffitt said. “But I’ve also gotten letters from students who didn’t find that. That they found the process very isolating and that they were not ready to go through it at the time that they came forward. As a result, they’re mad. They’re angry at the Title IX office because, ‘Why didn’t the Title IX office help?’ And that’s hard.”

Moffitt also acknowledged the Title IX process is often grueling for students, especially those who are experiencing post-trauma symptoms such as depression and anxiety. However, she maintains her office to help students who are ready to take action.

“The one thing I will say about Title IX in it’s current form is that it’s overregulated. And I’m not saying that there doesn’t need to be regulations. There does. But when you get to the point where you’re overregulated, I think that’s when universities make mistakes and they’ve stopped serving the student, and they start working to be compliant,” Moffitt said. “And one of the things that we’re constantly mindful of is that these are real people that have got real lives that are really affected by these incidents. I’m not going to enforce Title IX to be compliant. I’m going to enforce Title IX because my students need me to enforce Title IX because it’s the right thing to do.”

Allen has since regained her bubbly nature. Her assaulter was expelled and permanently banned from campus. She plans to transfer to the University of Montana and said although she is moving forward with her life, it is still not enough of a reason for her to stay in Asheville.

“I don’t ever feel safe on campus because that was just, you know, my experience, knowing the rates of sexual violence occurring on college campuses,” Allen said. “But, just the fact that I had to viscerally experience that reality just made it to where it’s not worth me wanting to stay.” 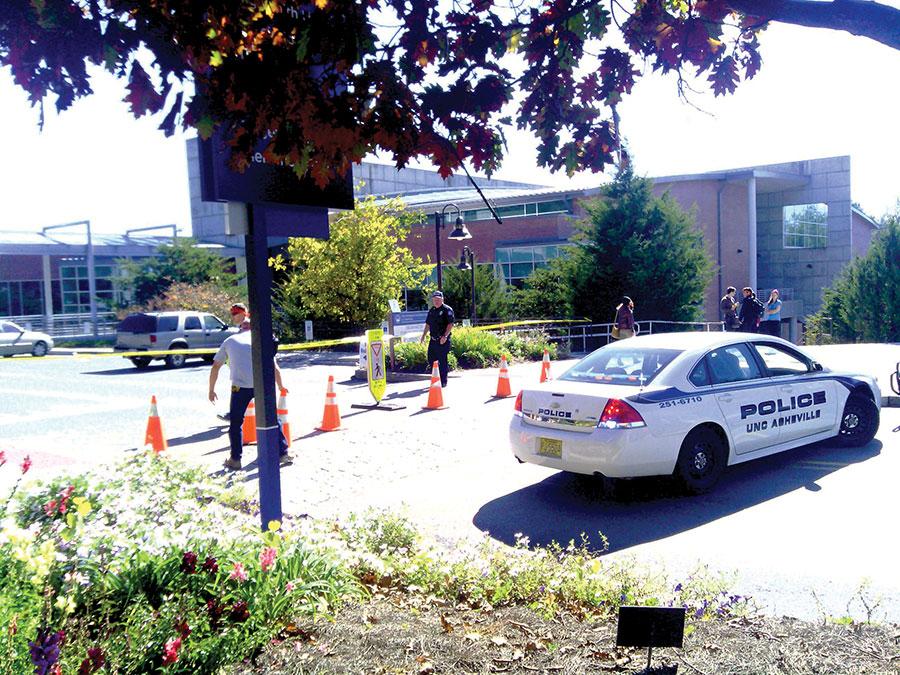 How to vote in a pandemic

One thought on “A quest for justice: How sexual assault on campus is processed”