City of Asheville tries to shut down syringe exchange 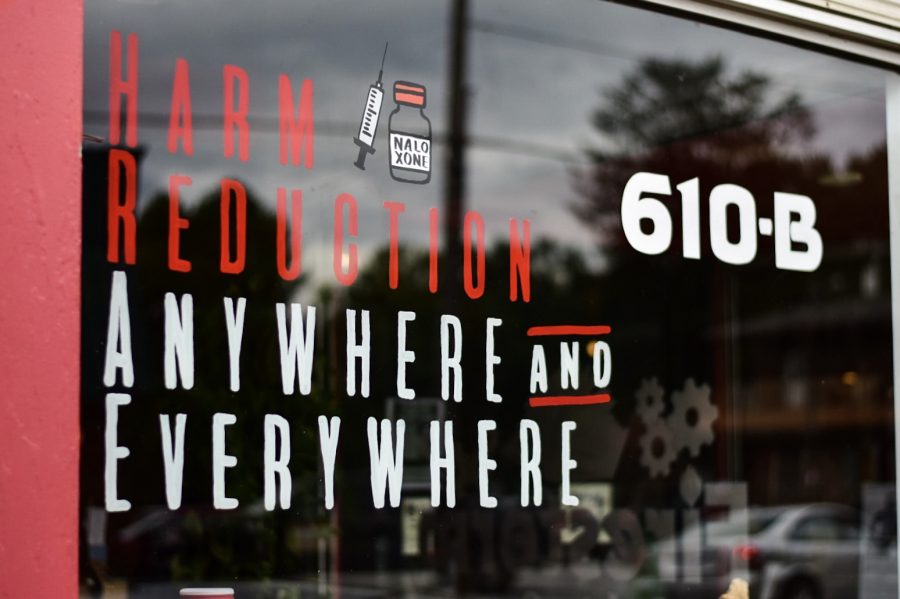 Firestorm is a cooperative bookstore located on Haywood Road in West Asheville and is home to the syringe exchange, a program supporting harm reduction. Photo by Emily-Ann Trautman.

Brailey Sheridan
Copy Desk Chief
[email protected]
Firestorm Books and Coffee and the Steady Collective prepare to fight a zoning violation which threatens to shut down their legal syringe exchange, claiming the violation discriminates against drug users and homeless people in West Asheville.
“We don’t fully understand why the city of Asheville is attempting to censor the content of our community room. We know that the city’s actions will impact drug users, the homeless, neighbors who use syringes for legal medical treatment or transgender individuals, like myself, who are undergoing hormone replacement therapy,” said Libertie Valance, Firestorm Collective member. “We also know that all people are entitled to equal protection under the law and given that we don’t see other businesses that similarly offer space to the community, perhaps to more affluent participants, undergoing the same level of scrutiny that we are currently being subjected to, we believe this constitutes discrimination.”
The Steady Collective, a 2-year-old 501(c)(3), operates a syringe exchange in Firestorm Books and Coffee on Haywood Street in West Asheville for two ½ hours each week, according to a press release by the Steady Collective on Sept. 18.
“During the first eight months of 2018, the programming in this room constituted about 1000 hours of community content. Something we are really proud of. Of that, Steady Collective’s 150 minutes a week was a very small percentage, it’s about 3.5 percent of our operating hours that Steady is here in this room doing its education and outreach event,” Valance said.