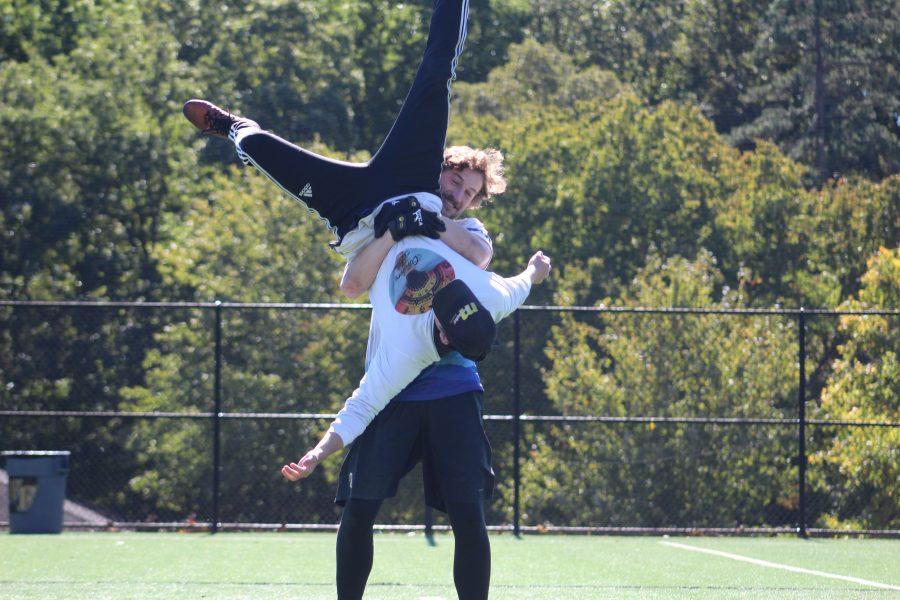 Jacob Warshauer picks up Dean Merritt after the final game of the tournament. Photo by Sydney Scarborough