Single mothers enjoy the gift of love on Mother’s Day 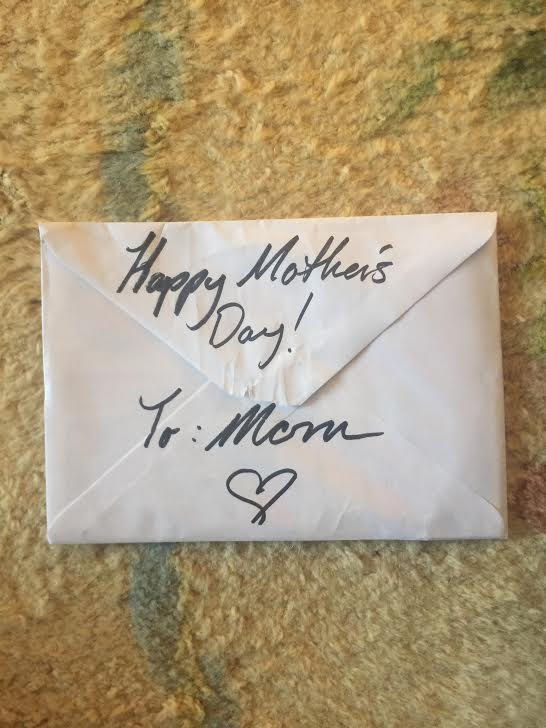 According Ginny Hunneke, Mother's day can be celebrated in different ways every day. Photo by Eliza Hill.


The courage and endurance of lone mothers deserves appreciation year-round and not just by way of gifts and brunches, according to single mother Ginny Hunneke.
“I’d much rather receive something out of the blue that’s prompted by someone’s genuine feelings and experience that’s not on a prescribed day,” Hunneke said.
She said raising children alone requires mothers to selflessly persevere through a unique set of obstacles. Hunneke said quandaries of a single mother have no certain answers because every child has different needs, forcing single moms to make a variety of decisions alone.
“There aren’t a lot of books and who has time to read them when you’re single parenting? When you’re parenting with a partner, you have someone to bounce ideas off of and process things with. You’ve got someone who’s going to give you feedback whether you want it or not,” Hunneke said. “I was on the gerbil wheel in my mind, hearing what I think I’m supposed to be doing and not necessarily ever certain if it’s the right thing or not.”
Meredith Dillard, 49, said her daughter’s father insisted they’d be better off without him and left Dillard to raise their daughter alone.
“When you’re a single mom, you’re scared all the time because if you don’t do it all right, you’re going to mess up your kid. You’re the only one responsible to make sure your kid’s not a screw-up. That’s the tout I was carrying,” Dillard said.
Pam Rivers, mother of four, said her journey of single motherhood began when she gave birth to her son with disabilities and her ex-husband left the picture. She said she feels proud of her family for overcoming odds.
“We survived,” Rivers said. “We’re good and that child has persevered and moved on and goes to school, we’re good.”
Single motherhood has humbled her, requiring her to support her family on a single income and sacrifice her time in order to make crucial decisions concerning her children.
“I’m proud to say I made it. I’m 56, I’ve got four kids,” Rivers said. “I always tell everybody, once I became a mother, I had no pride. That pride was put aside to make sure my kids had everything they needed. If that meant going uptown and standing in line to get assistance to make sure my kids got everything they needed, that’s what I did.”
Despite the hurdles she overcame, Dillard said motherhood inspired heightened self-awareness as she realized her decisions and actions would greatly affect her daughter. Paying bills, providing food and covering other basic necessities are essential to children’s development and she considered her daughter in every decision she made. She said the bond and dependency between herself and her daughter changed her perspective and helped her progress personally.
“Tori made me grow up. She made me realize there was something more important than myself,” Dillard said.
Dillard said society hasn’t historically commended the hard work of single mothers and used to consider divorce taboo. She said her peers were far less judgmental than her elders because prior generations saw single mothers as promiscuous or low-class.
“This was back in 1993 or 1994 and it wasn’t popular to be a single mom. Society in general looked down upon it, because what kind of women would go out and get pregnant? Most single moms prior to me were divorced or their husbands died,” Dillard said. “My mother and extended family kept it a secret and said that my husband died and that’s why I wasn’t married.”
Dillard said she made the best of her situation instead of dwelling in shame because single parenting helped her realize the specialness of motherhood. She said her family celebrates Mother’s Day by spending quality time together without buying gifts to show love.
“It’s very commercialized and it’s more obligatory to where you have to do something. Is that a bad thing? I don’t know. Some people need a swift kick in the ass to do something for their parents,” Dillard said. “There’s no fixing it now, it’s part of our culture.”
Musician and single father Keith Harry said his relationship with his daughter’s mother remains healthy and civil, but they choose not to celebrate Mother’s Day.
“One day a year? I don’t want to say it’s insulting, but it’s kind of insulting. Why pick that one day? Why don’t you call your mom or see something nice in the store and get it for her? Why not get it for her today instead of wait for Mother’s Day? It’s silly,” Harry said. “It shouldn’t be an excuse not to do it year round.”
Rivers said she considers gifts incomparable to her children helping her cook, making her smile, washing the dishes or spending time with her.
“It’s nice that they have a day, but I’d love it if my kids did more every day,” Rivers said. “I think we should be shown all the time, there should be an effort at all times.”
Hunneke said the extravagant, marketable nature of Mother’s Day reflects a society of consumerism, diminishing the beauty of genuine experiences.
“The idea of having to make everything special and a superlative, everything having to be the best,” Hunneke said. “You see kid’s birthday parties. Once upon a time, you had kids over, you had cake, you had candles, you had balloons and the kids played. Now it’s like Chuck E. Cheese and a bouncy park in my backyard. It’s not enough to have a cake, enjoy the day and be together.”
She said she encourages her son to refrain from buying her Mother’s Day gifts or spend his money to show his appreciation
“There’s no price tag attached to love,” Hunneke said.
Delete Image
Align Left
Align Center
Align Right
Align Left
Align Center
Delete Heading