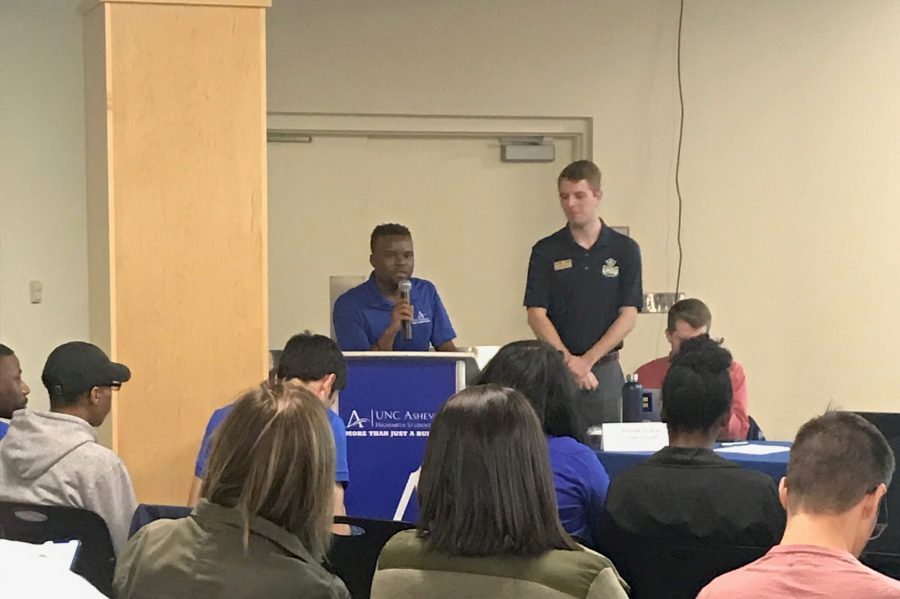 Laura Browne
News Editor
[email protected]
The UNC Association of Student Governments voted without opposition to pass a bill encouraging the designation and creation of gender neutral bathrooms on UNC school campuses. The bill additionally promoted the need for maps allowing individuals to locate these restrooms.
“I absolutely enjoy gathering with other student leaders across our UNC system to talk about situations that plague our system such as making sure that there’s gender neutral bathrooms not only in the student unions but also in the academic buildings as well as sports arenas across our various campuses,” said SGA President Michael Davis. “Not every campus has them in every single location so it’s definitely a good conversation to have.”


The bill acknowledged that many transgender individuals without access to proper accommodations change their habits or avoid using restrooms due to safety concerns. This legislation passed at the conclusion of a two day meeting, hosted by UNC Asheville, of the UNC-ASG, a group comprised of student governments from all 17 UNC schools.
A bill setting ASG’s budget for the upcoming fiscal year was read and discussed but not passed due to time constraints. Isaiah Green, executive of academic affairs, attributed this to an extended election process for the next term’s officers.
“We had, I think it was three or four run-off elections before we ended up with Adam Schmidt who I think will do a great job,” Green said.
The meeting also covered nominations for awards and approving grant requests for some institutions’ SGA initiatives.
“It’s really just a great learning experience because it’s how business gets done in the real world, it’s how politics gets done,” Green said.
This particular ASG meeting was special for UNCA’s SGA members as they had the opportunity to host their peers at their own institution for the first time in a while.
“It goes on a rotation, so it’s every two year, I believe,” said Kaylene Lee, ASG Liaison.
Due to UNCA’s role as host, ASG members were able to see the university while meeting its students and leadership.
“Definitely having our leadership — our chancellor and vice chancellor coming to speak to them and welcome them was very big as well as people who didn’t know who the students were, but them saying hello and welcoming them and definitely showing them and being very courteous — that’s very, very important,” Davis said.
Delete Image
Align Left
Align Center
Align Right
Align Left
Align Center
Delete Heading