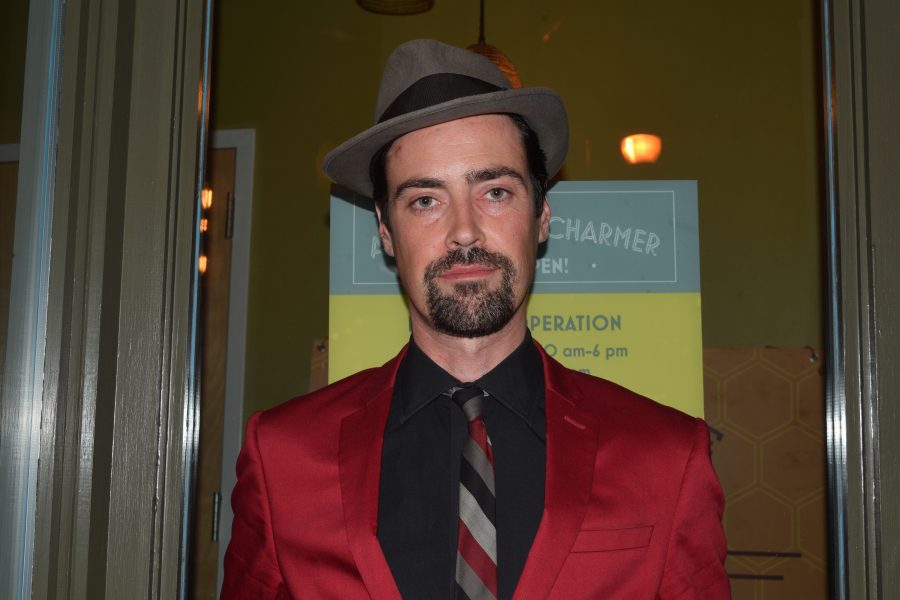 Eliza Hill
News Writer
[email protected]
Renovation of iconic Flatiron Building elicits adverse reactions from the public, Asheville native and city council member Brian Haynes said.
“I happen to be one of the folks who believes that we’ve devoted too much of our economy to tourism and that hotels do not benefit the majority of Ashevillians,” Haynes said. “Those of us who have been here for a long time are really the folks who brought the city to become what it is, are being forced out because they can no longer afford to be here.”
Haynes said finding a happy medium between Asheville’s tourism economy and local integrity is possible. Building more hotels and overriding local businesses will not help achieve an equilibrium or benefit locals.
“We weren’t looking out for the people’s best interest or the residents of Asheville. We were concerned with business and tourism,” he said.
Haynes said developer’s plan to evict 70 long-standing businesses from the historic building to make way for hotel rooms and retail space didn’t initially win over the public or city council on May 14. They removed the proposal and re-presented the idea to City Council on June 25.
“We didn’t vote. What happened was they brought it to us, there was a poll taken and they realized they didn’t have enough votes so they withdrew it. There were four people ready to vote against it,” Haynes said.
He said developers made changes to the plan and one city council member changed their mind and voted for the project.
The changes included 71 lodging units instead of the initially proposed 80, as well as one floor of office space. Julie Mayfield was the only city councilmember to change their mind, voting in support of the project on June 25, according to public record.
Haynes said the public showed extreme opposition to the renovation and felt let down when city council voted in favor of the project despite overwhelming concern.
“That vote was the most shameful thing I’ve seen city council do,” said Andrew Fletcher, a local professional musician who holds a seat on the Asheville Downtown Commission. “It gave me no more faith in their leadership because they were so willing to be blinded by someone else’s profit.”
Fletcher, who attended the public hearing on May 14, said developer’s told the public they withdrew the proposal, misleading citizens when they actually postponed the proposal.
“I would like to see anybody else in any other kind of legal situation make a mistake like that and not go directly to jail or not have to pay a fine,” Fletcher said.
He questions city council’s leadership as well as one Flatiron Investor’s criminal past, Marshall Kanner. Court documents indicate Kanner plead guilty to drug conspiracy and money laundering in the late 2000s. Kanner was also twice indicted for fraud and corruption along with local public officials in the ‘80s. Fletcher said elected leaders should scrutinize any claims made in the rezoning application process.
“Private developers only have one real prerogative which is to make money. They may or may not go about that in a legal and ethical way,” Fletcher said. “It’s time to start asking hard questions of the people who are spending public tax money on the promotion of the tourism industry.”
Fletcher said Asheville’s inflated tourism economy impacts his life as a working professional, musician and local creative fixture. With rent steadily inclining and gigs becoming scarce for some, he said choosing a music career in Asheville doesn’t make financial sense. In turn, the city may lose the artistic scene tourists travel to see.
“My rent has gone up by two-thirds, my house shrank by one-third and just recently I lost a third of my income because one of the wealthiest hotels in town decided they cannot afford live music anymore,” Fletcher said. “When it’s getting harder and harder for people who are doing well at music, that could be the leading edge of an extinction-level event for art and artists in this city.”
Fletcher said Asheville rests at an economic tipping point and fears for local workers. He considers the Flatiron renovation a step in the wrong direction.
“When the working-class people can’t afford to live in city limits, they’re not going to be able to vote in city elections, which means they’re not going to have a voice in decisions that affect their place of work,” Fletcher said.
Native entrepreneur and creative director for DIG Local, Stephen Pruitt said Asheville’s economy will take a hard fall when the next recession hits. He said planning on tourist dollars to keep Asheville afloat can’t be sustainable.
“The tourism dollars do replace some of the local dollars, but I don’t think that’s a long-term solution. If you just bank on tourism, then that collapses. Or when people realize that there’s a recession, the very first thing that people cut out of their budgets is vacation,” Pruitt said. “Tourism cities always suffer the most during a recession.”
Haynes said a recession may correct local economic inequality.
“I think it’s possible for the next recession – and there will be another recession, no telling when – but sometimes recessions are almost a good thing because they correct what is wrong,” he said.
Pruitt said the Flatiron project should be a mixed-use plan, incorporating local businesses and housing. He would like to see Asheville’s local economy absorb more profit from hotels.
He said as long as Asheville stays busy and hotels stay booked, investors will not shy away.
Asheville residents hold a ratio of 42 overnight visitors to one, according to 2017 city data.


“Investors are always going to keep buying hotels. They don’t walk around the streets here and go ‘look at these people. The musicians will never be able to afford to live here.’ No. They’re from another state and they’re looking at numbers. They’re not going to stop doing that just because we’re crying in the streets,” Pruitt said.