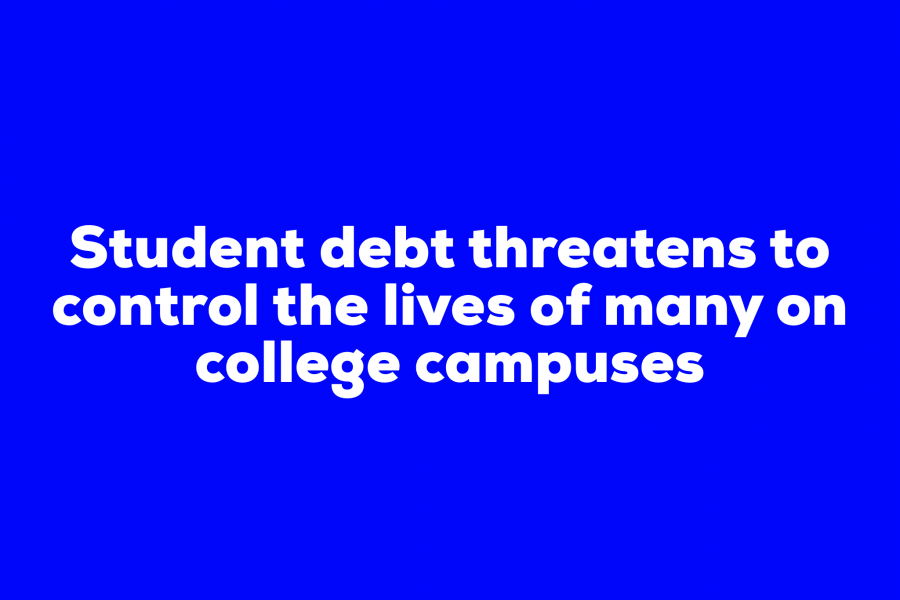 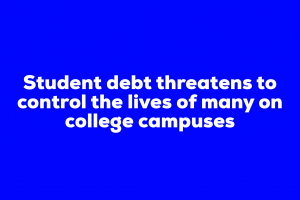 Rylie Daniel
Contributor
[email protected]
This country greatly emphasizes going to school and getting a proper education and yet they make it almost impossible to do so without being affected by debt, said Sofia Falasco, a UNC Asheville out-of-state sophomore.
“In the beginning of the semester I was in a position where I thought I was going to have to unenroll. Until they give me my next disbursement check I may still have to because I’m not getting what I need financially,” Falasco said.
Financial aid gets heavily regulated by the government. Very little subjective decision making happens at the individual school level, said Stephen McKellips, senior director for Admissions & Financial Aid.
“If I could wave a magic wand and make everybody understand financial aid, I would say, it’s just how it works,” McKellips said.
Every incoming student with under 30 credit hours at UNCA gets offered a $5,500 loan which they can accept, deny or partially take, according to McKellips.
Any amount of money aids in the overall cost of tuition, but out-of-state students who rely on financial aid need more, Falasco said.
“For me, my family has a strong income, but I’m not getting any help from them. However, I am still a dependent. So, the fact that FAFSA looks at my families income hinders me from getting the amount that I need, especially as an out-of-state student,” Falasco said.
Student debt reveals a new truth to the American dream motto of “study hard, work hard and you will be fine,” according to UNCA Associate Professor of sociology Marcia Ghidina, because this society  holds education so high, but makes it so hard to obtain.
Students who don’t drop out and pursue their education will be affected by student debt for at least a decade after schooling, said UNCA Lecturer of mathematics Julia Webster.
“It’s definitely one of the reasons why I didn’t keep going to school,” Webster said.
Financial aid at UNCA works to benefit students by working with the system set in place, McKellips said.
“We try really hard to give you every dollar you don’t have to pay back before the designation of loans gets applied to your account,” McKellips said.
According to McKellips, $40 million gets distributed through financial aid on average at UNCA per year. By awarding available money and designating loans last, the school lowers graduating student debt from the national average of $30,000 per student to $22,000, almost cutting off one-third.
“The system works as hard as it can for every student every time,” McKellips said.
The increasing crisis of student debt continues to infringe upon the lives and future of college students nationwide, Ghidina said.
“Our country chooses to not have free education or more heavily subsidized higher education which is a huge thing that contributes to debt,” Ghidina said.
According to Ghidina, financial aid as a system provides money to college students, but allows debt to rise. On a systematic level, student debt suggests a new form of inequality by making higher education an institution driven by money.
“Higher education is a privilege that some can afford,” Ghidina said. “For those whom it is going to be a challenge to afford, student debt may be deterring some and those some are the ones who don’t have money. So again, only privileged people get to go to college.”