UNCA students tumble into the new year at Asheville Gymnastics 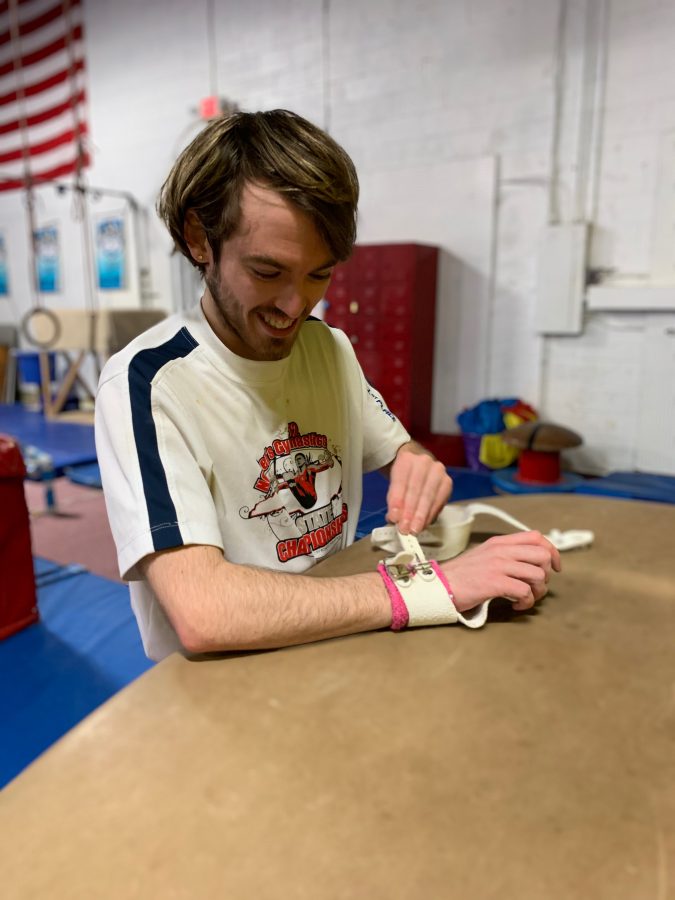 Photo By: Melissa Brown Justin Michaelsmann, Asheville Gymnastics coach, prepares to give a demonstration on the uneven bars.


Asheville Gymnastics expands their program as they welcome UNC Asheville students.
“It’s just really cool to see people who are not in college and people who are in college to come by and it means a lot,” said Justin Michaelsmann, coach at Asheville Gymnastics.
According to its website, Asheville Gymnastics strives to make sure they promote healthy bodies and minds. The gym offers several classes, ranging from preschool gymnastics to adult gymnastics. Anyone from age three and up can be a member of the gym.
“I’ve attended the class maybe eight to 10 times already,” said freshman Larri Jackson.
Three members of UNCA’s cheer and dance team, including Jackson, have made tumbling a part of their weekly routine. It was Jackson’s cheer coach who recommended the girls attend. UNCA students who are not affiliated with the cheer and dance team also attend the class and find it fun.
Michaelsmann emphasized the deep connection between the students and the coaches.  He stresses the importance of making sure the students are not only physically healthy but also mentally.
According to the NCAA website, although exercise can boost energy and cause positive effects in the brain, the pressure to be the best can become unhealthy.
“They are very supportive there and it’s honestly very cheap for a tumbling class. So, I would definitely recommend it for anyone who wants to learn tumbling,” Jackson said.
The classes start with a routine warm-up from the coaches. During warm-up, students work on strength and flexibility. Following the warmup,  the students have an open gym time which allows them to work on anything they would like to learn.
“I’ve learned how to gain back flexibility and just flexibility in general and strength in all in my movements, so I can start tumbling and doing flips. I want to learn how to do tumbling passes,” Jackson said.
The open gym session is held every Thursday from 7:30 to 9 p.m. which is self-led and gives people the opportunity to work on whatever they want.
Michaelsmann began attending the gym and participating in gymnastics at 6 years old. The 24-year-old plans on staying around and building the program.
“I’m actually really trying to promote an adult gymnastics team here. We don’t need just college kids, it can be adults, too,” Michaelsmann said.
Asheville Gymnastics looks forward to the future as they build on their plan of including an adult gymnastics league. The league caters to adults who want to have fun with gymnastics without feeling the serious pressure of being great. Whether someone has no skills or those of an Olympian, the team welcomes anybody.
“We are not the best team in the world but we are unstoppable. I think some of these girls and even guys are going to be coming up with some great skills and routines. I want to recruit the adult league as much as I can,”  Michaelsmann said.
The 90-minute adult class is offered every Monday and Wednesday from 7:30 to 9 p.m.
Delete Image
Align Left
Align Center
Align Right
Align Left
Align Center
Delete Heading