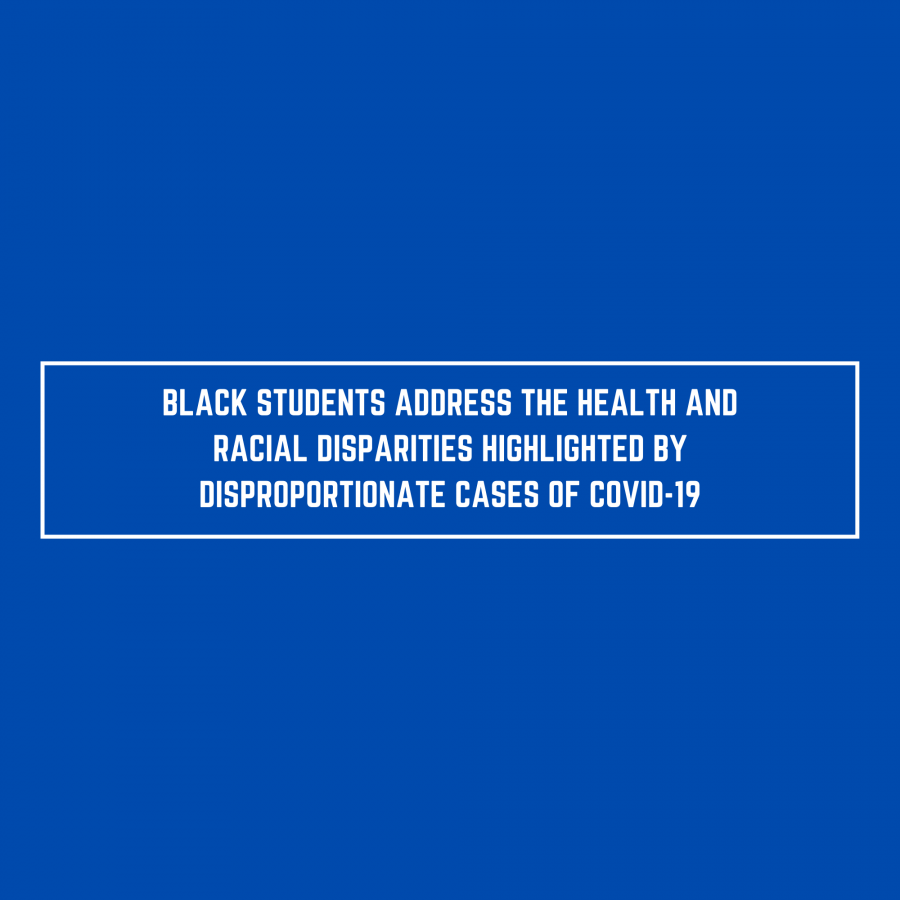 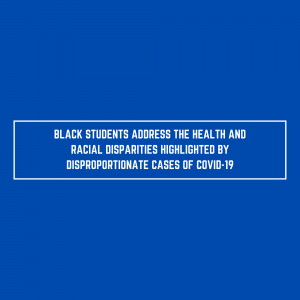 Black UNC Asheville students discuss America’s racial and health disparities amid the disproportionate suffering of African Americans during the coronavirus pandemic.
Second-year student Demon Thomas said he was not surprised to hear African Americans are especially vulnerable to the virus.
“From history books to current events, it seems as if we’re always getting the worst end of the stick,” Thomas said.
According to the North Carolina Department of Health and Human Services, African Americans account for 39 percent of laboratory-confirmed cases of COVID-19 throughout the state. Racial data from the U.S. Census Bureau reports Black people make up 22.2 percent of North Carolina’s population.
Student Body President London Newton attributed these statistics to racial disparity in America.
“People of color are likely to live in food deserts and have less accessibility to healthy food options,” Newton said. “Not to mention the lack of time to worry about health when you live paycheck to paycheck. Farms with terrible chemicals seep into the water and air of Black people in every state, giving us asthma and many other health issues. We tend to live in cities, and account for many of the essential workers that are exposed to this virus every day.”
She said these factors contribute to the pre-existing conditions that plague Black and Brown communities. Along with less access to health care, these conditions are the perfect mix for higher death and infection rates, according to Newton.
Similarly, Khadeesha Crumbly said a lack of money and resources negatively affects Black and low-income communities. She said she believes class is more of a factor than race.
“In my opinion, this isn’t only affecting the Black community but lower-class people as well,” Crumbly said. “There are lower class Hispanics, Asians and Whites that are being affected by this situation.”
Director of the National Institute of Allergy and Infectious Diseases Anthony Fauci, commented on the health disparities in the African American community during the Coronavirus Task Force briefing held April 7.
“Sometimes when you’re in the middle of a crisis like we are now with the coronavirus, it really does shine a bright light on some of the real weaknesses and foibles in our society,” Fauci said at the briefing.
According to Fauci, the Coronavirus pandemic further emphasized the long-standing issue of health disparity in America.
Though Thomas said he appreciated the acknowledgment of health disparity in the Black community, he wishes the topic was brought up sooner.
“I feel as if no one cares about the Black community,” Thomas said. “If this issue were brought up sooner, we could help more people just by bringing awareness.”
Thomas expressed feeling helpless during the pandemic and said he hopes anyone experiencing health disparities can receive the help they need.
Likewise, Newton described the acknowledgment of America’s health disparities as long overdue. Her mother works in the healthcare industry to which she ascribes her deeper understanding of systematic racism in said system.
“Our pain doesn’t tend to be taken as seriously by doctors, resulting in late diagnoses and higher death rates giving birth,” Newton said. “This is especially relevant since you have to express the need to get tested for doctors to give it to you for COVID-19.”
She explained doctors who may have biases against Black people could decrease the likelihood of African Americans getting tested for the virus. As a result, she chooses Black and Brown doctors for medical needs.
Though racial inequality in health care existed long before COVID-19, Newton said she was not surprised that it took a global pandemic to bring the discussion of health disparity into mainstream awareness.
“Addressing this issue would mean we would also have to go into this country’s systematic and deep-rooted racism which is a conversation I think a lot of mainstream news isn’t willing to have,” Newton said. “It would be too much of a challenge to the status quo.”