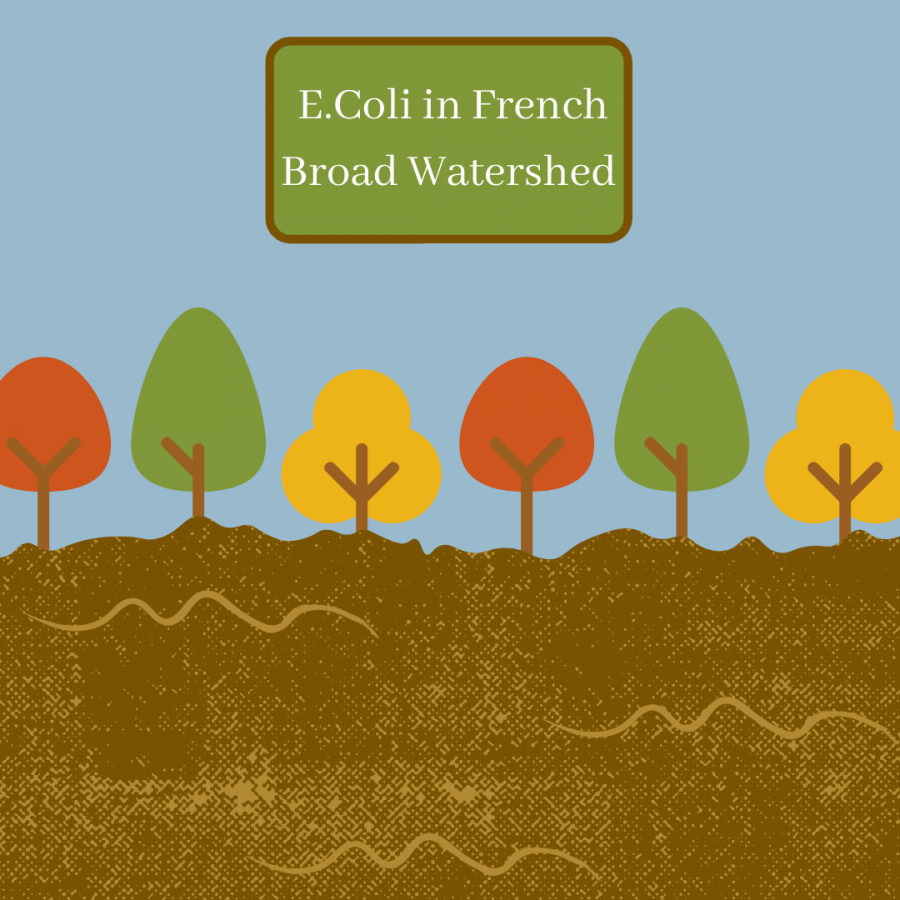 Andrew Crutchfield
News Writer
[email protected]
Recent water testing conducted by MountainTrue shows elevated levels of E. coli throughout much of the French Broad River Watershed. Of the 30 sites tested, 21 failed to meet the EPA limit for E. coli in recreational waters, including every site tested within Asheville city limits.
“Asheville City Council has a moral and legal responsibility under the Clean Water Act to protect our river and water quality for all city residents. City of Hendersonville staff has already committed to establishing a Stormwater Task Force, Asheville should too,” according to an Aug. 7 news release by MountianTrue.
MountainTrue made it clear this is not only an environmental concern for human health and safety but also an issue of racial equity. The site with the highest levels of E. coli recorded in the entire French Broad River Basin was the Nasty Branch that flows through the Historically Black neighborhood and dumps into the French Broad River just upstream from the River Arts District.
“Not only does the city have a legal obligation to protect water quality, council’s commitment to racial equity demands action to protect residents of the Southside neighborhood from the highest pollution levels in the city,” according to a news release by MountainTrue.
With their team of volunteers, MountainTrue performs weekly bacteria sampling along the French Broad River Basin throughout spring, summer and fall. This information is used to keep river goers safe and well educated. The results for these tests can be found on the Swim Guide website www.theswimguide.org.
UNC Asheville’s environmental studies program performs routine checks of the rivers and streams surrounding the French Broad River. Their findings often show elevated levels of E. coli resulting from heavy rains and agricultural runoff.
“The biggest issue with the French Broad River is stormwater and runoff,” said Associate Professor of Environmental Studies Jeffrey Wilcox.
MountainTrue is calling on the Asheville City Council to address these concerns by installing a stormwater task force to be in charge of moderating and reducing runoff and pollution within Asheville’s stretch of the French Broad River. Hendersonville has already pledged to create a similar task force to address the growing issues surrounding the French Broad’s water quality.
“It’s good to address the sources of the stormwater discharge, which in a lot of cases can be mitigated,” Wilcox said.
N.C. Department of Environmental Quality’s Division of Water Resources also performs weekly testing of Asheville’s section of the French Broad River. This state agency’s duties are to evaluate water quality and ensure safe drinking water.
DEQ recently expressed concern that if conditions of the French Broad in Asheville do not improve, the section of the river could be labeled as “impaired.” This would cause the segment to fall into a class B surface water which would still allow for recreational activities like swimming and tubing.
“Being placed on the list potentially provides funds toward assessment and pollution source abatement. The earliest listing for the French Broad River could be around 2022, based on the listing process,” DEQ spokeswoman Anna Gurney said.
A known cause of a rise in E. coli levels is heavier than normal rainfall resulting in runoff from construction, industrial sites and farmland, but Asheville’s 2020 rainfall totals are not out of the ordinary. So far this year Asheville has received just over 28 inches of rainfall. With an average rainfall total around 45 inches, Asheville is right on track for an average year. Other causes of these high readings could be leaking sewer infrastructure or discharge of domestic and industrial waste.
Tryon International Equestrian Center in Mills River was recently cited by the Department of Environmental Quality’s Division of Water Resources for four water quality violations. TIEC was witnessed allowing significant discharge of sediment and muddy water to flow from their site into a nearby creek– a tributary of the Green River. Failure to resolve these violations quickly could result in fines up to $25,000 per day for each violation.
High levels of E. coli often indicate the presence of more harmful microbes like norovirus, Shigella, and Giardia. Contact or consumption of water containing these pathogens is known to cause gastrointestinal illness or eye, skin or respiratory infection. The most common symptoms include stomach cramps, nausea, vomiting and low-grade fever.