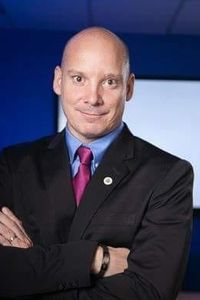 Shannon Bray, the Libertarian Party candidate for the US Senate from North Carolina.

With the 2020 elections just under a month away, some voters remain conflicted about whose name to cast on their ballot and recent presidential debates provide them little guidance. A common theme this election seems to be voting against a certain candidate by voting for the other, even if it means you aren’t satisfied with the candidate you’re choosing.  There is one party that is making a case for their candidate without focusing solely on the shortcomings of their opponents: the Libertarian Party.

In a country dominated by two parties, some argue its legitimacy, but Libertarians stand firm that third parties are a necessity to ensuring fair representation in the U.S.’s indirect democracy.

Jeremy “Spike” Cohen, the vice presidential candidate for the Libertarian Party, runs alongside Jo Jorgensen. The Jorgensen/Cohen ticket says they provide a voice for millennials and younger voters through Cohen because he is a millennial himself. Cohen claims issues like racism, police brutality and the war on drugs aren’t typically the focus of top tickets in either major party and because of this Cohen chooses to address these issues head on.

Cohen asserts that these issues are also important to a lot of liberal voters who he said aren’t being helped by the Democrats.

“Votes are earned, not given. This election is far too important to vote for the same people who put us in this mess,” Cohen said.

He said voters should not be pressured into choosing a candidate based on their likelihood to win, their party affiliations or who their friends are voting for, but rather on lines of important issues, morality and the voter’s best choice of representation. The recent dogma surrounding voting third party is you are simply wasting your vote, but Cohen has a different perspective.

“I argue that a vote thrown away is voting for the same people and the same parties who created this problem and made it worse. And now they’re coming to you and saying, ‘Well, yeah, no, I created the problem. But this time, folks, I got a deal for you. If you vote for me one more time, I’m totally going to fix all of this,’” Cohen said.

Shannon Bray is running for U.S. Senate against incumbent Tom Tillis and Cal Cunningham in North Carolina. Reason Magazine listed Bray as No. 1 on a list of “The 5 Candidates Who Might Get Blamed for Tipping Control of the Senate.” Bray said policies on both sides can offer value to our country and community. He said it’s important for the parties to find similarities and work from there, rather than focusing on what divides them.

“My entire run has been trying to make a statement, trying to build the party and trying to alter the chemistry in Washington, even if I don’t get to go right now,” Bray said. “For the Libertarian Party, we are just trying to build a movement. We’re not expecting to get a straight trip to Washington, but we are expecting to change our local dynamics and get people thinking about what they’re looking for in a representative.”

are more likely to have their voters in mind once they are in office. He asaif that largely they are coming from a place of concern and want to do the best job they can for the people rather than the parties that helped them get elected.

“A lot of the representatives elected aren’t always looking out for the best interest of the people who sent them there and that’s going to be different with a lot of your third party candidates,” Bray said. “It’s just a different mentality. Ultimately [third parties] are just looking to make sure everyone has an equal voice and people can’t be silenced.”

The philosophy of unapologetically voting third party isn’t unique to the Libertarian Party. Although Jo Jorgensen and the Libertarian Party will be the only third party candidate listed on the ballots in all 50 states, the Green Party and the Party for Liberation and Socialism have nominated Howie Hawkins and Gloria La Riva to be their candidates. Because they will not be listed on all states’ ballots, the parties are advocating voters to use the write-in option on the ballot to cast their vote for these candidates.

Neither the Green Party nor the Party for Liberation and Socialism responded immediately to a request for comment.

“I respect people that vote for any

third party.  Libertarians I obviously like the best, but Constitution and Green party members and voters go out on a limb to let the powers that be know that they have a certain set of policy preferences and that no amount of hand-wringing or wailing will get them to compromise on their principles,” Lanahan said.