Policing incident from a few years ago has lasting racial effects 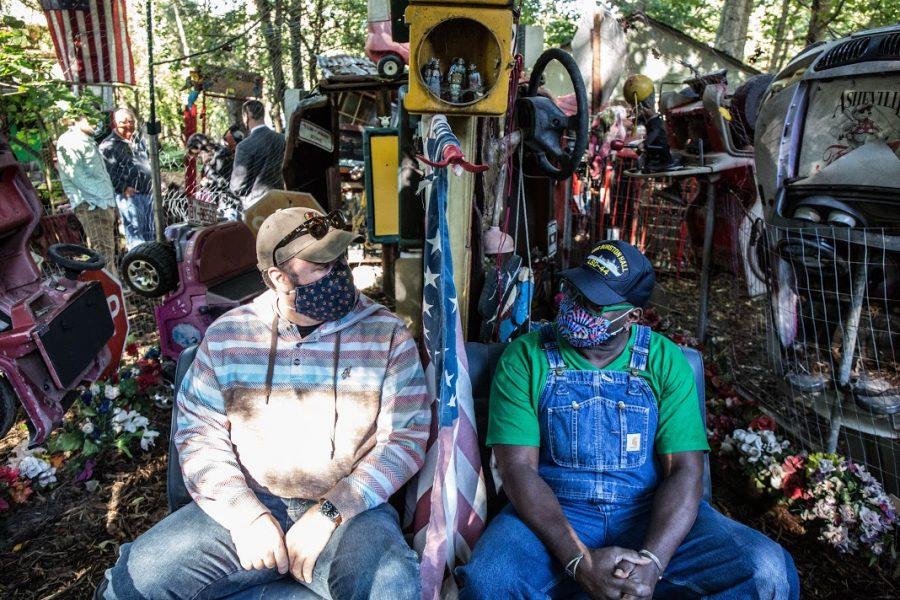 Priscilla Robinson Ndiaye, a native of Asheville and dedicated mother of four, said she has seen the good, bad and the ugly when it comes to policing in Black communities in Asheville.

“My personal experience has been only good encounters with Asheville Police,” she said. “Unfortunately, it has not been the same for others.”

Ndiaye said there is a long history of inequity and discrimination toward the Black community in Asheville. Growing up, she watched as her neighborhood gentrified and heard stories from older community members who were beaten by Asheville Police officers.

“People are tired of it. This includes others who have not been personally impacted by police brutality. People just want to live in peace and harmony and be treated with respect,” Ndiaye said.

She said after Johnnie Rush, a Black man who was walking home from work in 2017, was stopped by police for jaywalking and ultimately beat and tased to the point of hospitalization, there was an increased distrust in the APD and justice system.

“The already existing hostile relationship between much of the Black community and Asheville Police Department has deepened thus creating more of a disconnect,” she said.

Mayor Esther Manheimer, current mayor, was in office during the incident and said the inequality in policing was not a new thing in the Black community. Rush just sparked the conversation for white people in Asheville.

Before the Rush incident, Manheimer said there had been multiple fatal shootings and instances of police brutality toward Black men in Asheville, including two young men, Aj Marion and Jai Lateef “Jerry” Williams. Manheimer said although the shootings rocked the Black community, there was not much of an outcry from the rest of the city.

“The family demonstrated,” Manheimer said. “Then there were some, comparatively speaking, muted protests.”

At the time of these shootings, Manheimer said the city had not yet installed body cams on officers. But in the case of Rush, the officers were wearing body cams, a policy implemented in 2016.

“It was a tipping point. It was like, ‘Okay, so we’ve put this infrastructure in place so that we can see what’s happening,’” Manheimer said.

Manheimer said once Chris Hickman, the officer shown beating and tasing Rush in the bodycam footage, was charged, the case was no longer in the city’s hands.

“I don’t know all of the details that occurred between the offending officer, Chris Hickman, the victim, Mr. Rush, their Attorneys and the District Attorney,” Ndiaye said. “I can only assume they were all in agreement and I must respect the decision.”

Ndiaye said a lack of accountability for the officers who use excessive force and discrimination with their actions deepens the hostile relationship between the Black community and law enforcement.

“The point of restorative is to create balance and equal accountability across all socio-economic status, roles, races, age and gender, as well as, showing transparency, allowing community involvement in the decision-making processes and a sincere effort to build relationships and trust,” Ndiaye said.

Manheimer said the concept of restorative justice is predicated on a community engagement process where the city is involved.

“What I’ve learned about it now, since we were not consulted about it because we were not a party to the criminal action at all, is that he was hopeful he could do this community engagement and I think that’s kind of unrealistic given that he doesn’t live in Asheville,” Manheimer said. “I don’t know what the vision was for that exactly.”

Manheimer said she met with Just Us, a Black-led collaborative of citizens and faith leaders participating in the process. After speaking with them, she urged the district attorney to ask for an extension of the probation period to complete the terms of the probation.

Reverend Tami Forte Logan has been a community organizer working for racial equity in Asheville since 2009. Logan works with Just Us, one of the 14 groups involved in Hickman’s case, to ensure he genuinely engaged in community repair for the harm he inflicted against both Rush and the community.

Logan said most people didn’t know about Hickman’s plea deal until Just Us brought it forward in the Fall of 2019. Just Us did not feel that justice was served and wanted to put their minds together with people to think about how you get restorative justice.

“Nobody knew what that was. Nobody understood it. It was very ambiguous in the way it was described in the guilty plea transcript,” Logan said.

She said in the plea agreement transcript and the community service had to be defined by the community and would ultimately take some time. Just Us wanted to make sure that happened.

“You have to engage community, garner solutions and ideas from the community, the most impacted Black community and then move from there. But they never did that,” Logan said.

She said to create restorative justice, you need to speak with the people who have been most impacted by the injustice.

According to Logan, by filing the amicus, people wanted an opportunity to have their voice heard and to have a say in what community restoration or restorative justice means to them.

“They do not, apparently, feel comfortable or don’t have the skill set. Something’s missing because they always resist lifting the voices of the people most impacted,” she said. “They go all around them and jump over them and go to other people.”

Logan said the only reason the restorative justice probation was used to help Hickman get out of the situation.

Logan said the reason she got involved in the Hickman case was that she saw the potential for studying a precedent for real restorative and transformative justice in Asheville. But she said the city has ruined any chance for the program to work.

“There’s no trust from this group with the DA whatsoever,” Logan said. “There’s just none.”

Manheimer said if the Citizen-Times had not leaked the bodycam footage, the incident would have never been brought to light.

“I don’t see how we would have learned about it,” Manheimer said. “Because we, as a city council, we didn’t and don’t have access to body cam footage.”

Manheimer said because of state laws that protect personnel, the city is not privy to most employment issues unless they arise to the level of a lawsuit or are going to hit the press.

Manheimer said once she was made aware of the situation after Citizen-Times leaked the footage, the police chief at the time, Tammy Hooper, swiftly issued an apology to Rush.

“We didn’t fight it. There was not ‘Oh no there’s another version to this story. We were really right,’” Manheimer said. “There was no defending this because it was indefensible and I think if we had tried to do that it would have been wrong and it would have been an aggravating factor that would have really outraged people. I felt it was imperative that we do that.”

Logan said there were people in the Black community who believed Manheimer’s apology was not enough.

“It just depends on who you talk to,” Logan said. “But I think Black bodied people are just kind of tired of the same kind of cycle, so there’s a lot of apathy, in my opinion, because of it. There’s the same story, empty promises and no change. And they want change.”

Logan said Asheville tends to hide behind a disguise of being progressive by using the language but not following through with actions.

Manheimer said after the Johnnie Rush incident, the city council implemented a new policy that requires officers to get written permission for searching vehicles without probable cause.

Manheimer said she has been working in the city to adopt legislation that would give Asheville more tools to adopt policies that create safety, fairness and equity in the community, including opening up access to body cam footage and creating a citizen review board that could review resident complaints around policing. Unfortunately, she said, the city did not authorize the legislation in any meaningful way.

“There’s a disconnect often between elected leadership and the staff of a city and I wish we could say everybody’s on the same page but we’re obviously not,” Manheimer said. “That’s just a reality.”