Black, All and Blue Lives Matter misunderstood in Asheville and across the nation 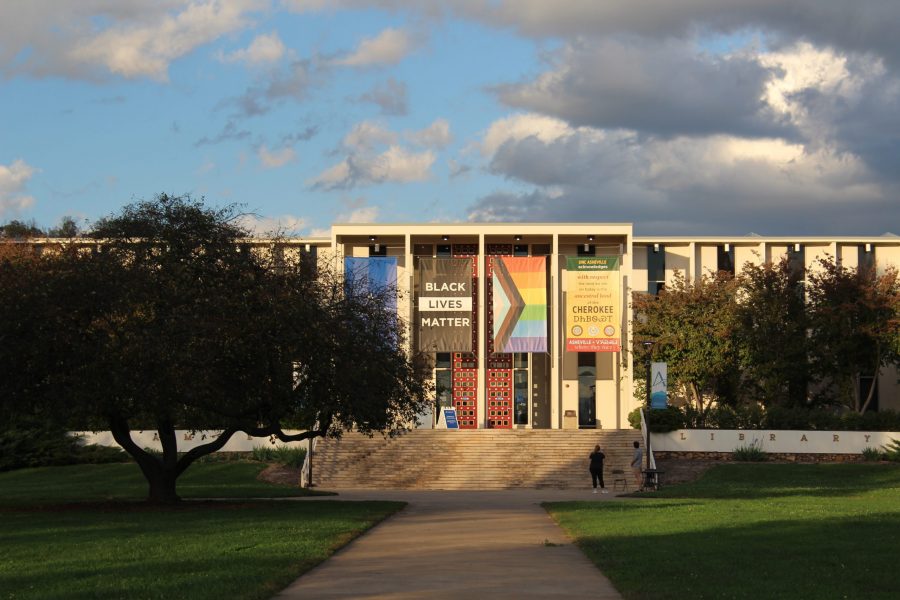 Rob Thomas, one of the Justice Coalition Community liaisons, said the Black Lives Matter movement started out as (protest/calling) police accountability and police brutality but has evolved into several different disparities pertaining to the Black community.

“The Black Lives Matter movement is because there is an issue with a disproportionate rate of deaths and instances of excessive uses of force and police and brutality in general,” Thomas said. “What metrics and data are you using to claim that all lives are in danger of anything?”

Thomas said everyone of every race life matters and the Black Lives Matter movement is not insinuating they don’t or that Black lives matter more. But instead that there is evidence of instances of injustice in America showing proof Black lives aren’t valued as equally as everyone else’s in the country.

Don Yelton, the former GOP precinct chair in Buncombe County, said while the Black Lives Matter movement started as an attempt to create racial equity in America, it has been blown out of proportions and manipulated by promising reparations to Black families and businesses.

“Blacks feel that they have been discriminated against. But we treat everybody the same in North Carolina,” Yelton said. “Isn’t that what Martin Luther King said, I long for the day that you’re judged by your character rather than by the color of your skin?”

Yelton, 75, said the idea that Black Lives Matter is more important than All Lives Matter is “pure, unadulterated bullshit,” and having three separate groups doesn’t do any good for the fight.

Thomas said instead of using reported statistics to support their movement, the All Lives Matter movement is using ideologies and feelings. He

said many individuals do not have this information and rather than making decisions based on opinion and inherited cultural bias. “This is basically like a counter saying ‘No, your Black life really doesn’t matter. All lives matter,’” Thomas said. “The only issue that they are counter arguing is the stand that Black Lives Matter is taking. Which is saying ‘Look at these numbers, look at this data.’ This is obviously embedded with discriminatory practices and institutional systemic and structural racism.”

Lanning said because of the movement’s socialist and Marxist roots, it ultimately is not a civil rights movement. Both nationally and locally, he said, the Black Lives Matter message and movement have been hijacked by other socialist organizations, including the Anti-Facist movement.

“I don’t believe it was an appropriate name for the African-American community to use to stand behind all of the issues they’re trying to address now,” Lanning said. “I just think the movement could’ve had a better title or a better name.”

Lanning said each movement is interpreted differently by different people. Many of these misinterpretations stem from how and where other people grow up.

“If you’re Black and you’re raised rurally, you’re going to look at police differently than you would living in the inner city. I mean I think that’s just natural though,” Lanning said. “It all depends on your culture, your background, your experiences in life and that type of environment of how you’re going to view police officers.”

Lanning said because of Asheville’s history between the police department and the Black community, there is distrust.

“It’s perceived in the Black community that the APD is racist; I don’t believe it is,” Lanning said. “Is there racism in general in the community, yes. You’re always going to have that. I’m not naive enough to believe that doesn’t exist because it does.”

Yelton said the media and those in power are exacerbating the feud and separation between the groups.

“What sells? Catastrophe, emergency, blood and guts,” Yelton said. “But they (the media) don’t want to say ‘Burning buildings is wrong, folks.’ We didn’t hear that in Asheville news.”

Yelton said one of the first steps in the original Manifesto of the Communist Party is to create chaos. And by pushing each other and creating separate groups, chaos is created.

“What has happened is very very simple,” Yelton said. “Once you push, what happens? You push back.”

Thomas said a large part of the misunderstanding of the Black Lives Matter movement is the narrative of which the movements are being portrayed by the media.

“The only time you see Black Lives Matter on the news is something that they called a violent protest and then you don’t even really know what happened at the protest,” Thomas said. “You don’t know who instigated, who antagonized. You just know that the media is portraying in this form and fashion.”

Thomas said the combination of misunderstanding, miseducation and personal bias about the Black Lives Matter movements created the counter movements, such as All and Blue Lives Matter.

“When you look at the facts around everything the Black Lives Matter is saying, it’s all true. The metrics are there, the data is there,” Thomas said. “The other movements, they’re not using metrics and data they’re using ideology. They’re using how they feel about something.”

Thomas said the Black community is fighting for policy change that won’t even affect other demographics’ lives.

Lanning said while there are instances of police brutality towards BIPOC in America; it is not the case in Asheville.

“As far as it coming to race, I don’t know if people are stopped more likely because they’re Black,” Lanning said. “They’re probably stopped more likely because they’re in a high crime area or a bad neighborhood. They’re not stopping people just based on their race, they’re stopping them in more high crime areas.” Lanning said police do not use excessive force just because someone is a minority. He said it is used depending on the actions of the person interacting with the law.

Thomas said the Blue Lives Matter movement was established to promote the narrative that police officers’ lives matter as well. He said the issue with law enforcement is within the whole system which perpetuates the disparities seen in policing.

“I don’t believe that it’s because of a couple bad police officers or a couple rotten eggs,” he said. “If you’re a fish in the lake of law enforcement, so to speak. You’ve been accustomed to this, you’ve been geared to see things in a certain form and fashion.”

Thomas said he doesn’t believe every officer is intentionally going into work wanting to commit harm but they are in a system that creates an environment where they have to.

Lanning said in the 1990’s the state provided the police department sensitivity training for the Black community.

“Let’s be real, you can’t train if you’re a racist or not a racist, you can’t train. You can’t go to a week-long class and change your personal preferences and your beliefs,” Lanning said. “Instead, train your kids to when you’re told to do something by the police you do it. Because I’m telling you it has nothing to do with race, it has to do with actions.”

Thomas said there are no quick fixes to the systemic injustice in America towards certain demographics. He said all lives can’t matter until Black lives do and currently and historically, Black lives are largely discriminated against throughout every aspect in American culture.

“Even if you got rid of police in America I can’t sit here and say that that would make a big difference in my life just because all of the other systems are still against me,” Thomas said. “Whether it’s the education system, whether its housing, whether it’s the economy, whether it’s healthcare. I mean any system you can look at I can not only name racial bias within it but I can give you stories that happened to me with dealing with these systems.”

Thomas said it is important to create a massive amount of conscious awareness to identify possible solutions that can be implemented strategically over long periods of time.

Yelton said it’s the job of the younger generation to make a lasting and meaningful impact.

“Have we gone too far?” Yelton said. “If enough young people wake up, no, we have not gone too far.”