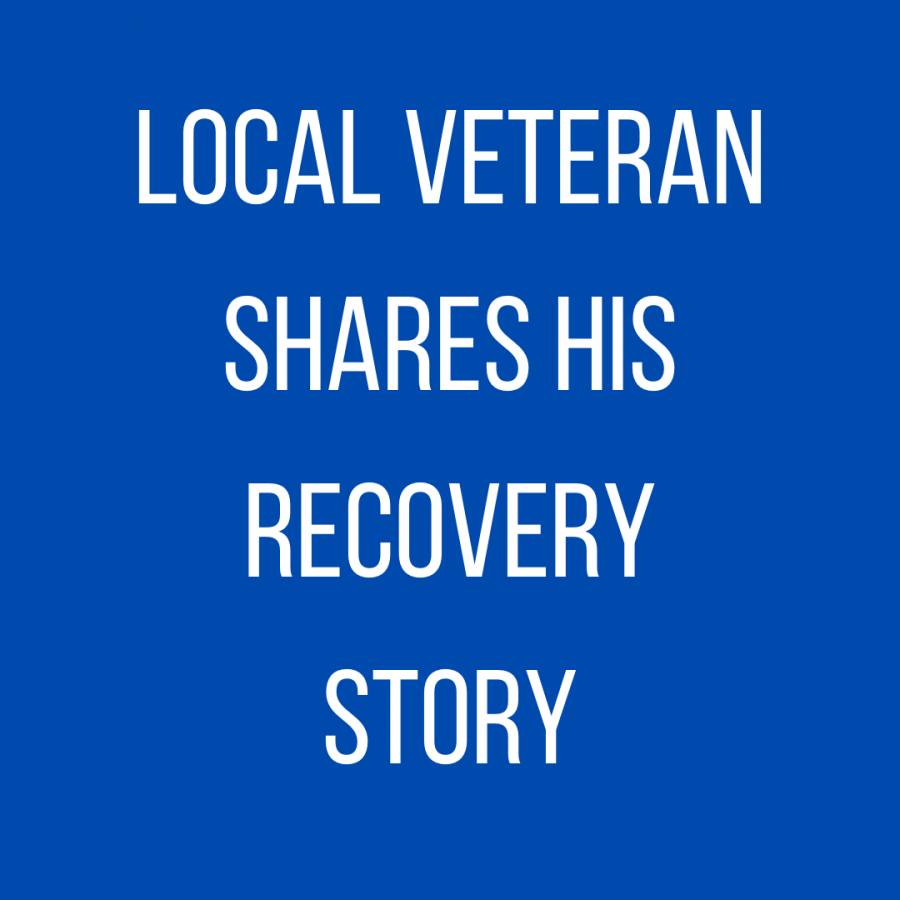 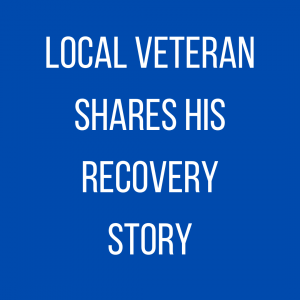 Rumley uses his recovery to help those struggling in the area. Carrying on his parents’ dedication to service, he enlisted into the Marine Corps in 2003.

Rumley defied the odds on an incredibly traumatic event. In 2004, just one year into his career, he was injured by an IED explosion that began his prescription painkiller addiction.

“I was injured by an improvised explosive device. A bomb,” said Rumley, 36. “I ended up almost dying and was told I’d never walk again.”

He said it was difficult to form a normal sentence and the strain put on his brain was really demanding and tiring.

He said he was supplied what felt like an unending amount of painkillers.

“That was where I was first introduced to heavy narcotics,” said Rumley. “It then was morphine, and then any other opioid really.”

He quickly gained a high tolerance from the prescriptions, needing more and more pills just to feel normal. After the VA stopped filling his prescriptions, he sought out cheaper alternatives to get his high.

He said no matter how hard life got, he would never snort drugs or inject drugs. He set those as boundaries early on in life.

Within five years, those boundaries were discarded.

Rumley said 90 percent of people trying to get off opioids are going to fail.

“One of the underlying commonalities in addiction is trauma,” said Rumley. “Trauma plays a huge role. It takes a while to learn how to manage and regulate trauma.”

It wasn’t long until he found himself alone, homeless and dealing with this addiction on his own.

“When I was discharged, like many veterans, I didn’t have a plan,” Rumley said. “I didn’t have any support, but I did have opioids.”

Suboxone is a medication that helps manage opioid cravings, according to Rumley.

His friend, Chris Wassner, died from the explosion. One day Rumley woke up hungover, thinking ‘How can I live like this while my best friend is dead?’

His brother, Matthew, helped in any aspect that he could but wasn’t entirely aware of the extent of his brother’s addiction.

He said Rumley appeared to be in a sort of disillusion after Iraq.

“He was a totally different, personality wise,” Matthew Rumley, 37, said. “It was like he was filled with ideas and thoughts that didn’t seem authentically him.”

In addition to opioids, his brother established a drinking habit, Matthew Rumley said. He would go through at least a case of beer each day.

“It was always tough for me,” Matthew Rumley said. “I think I underestimated how bad it was to some degree back in the day.”

After a handful of relapses and detoxes, his brother started his journey to recovery.

“He tried to get sober three or four times,” Matthew Rumley said. “I took him over to the VA hospital at least once for a detox. He relapsed numerous times, and the last time I think it just stuck.”

Matthew Rumley said both Iraq and the injury changed his brother completely.

“He was just so fucked up and obviously just depressed and having all this heavy stuff on his mind from Iraq and our mom dying,” Matthew Rumley said. “Anything that came into his hands, he would just throw into his mouth. No matter what drug was available at the moment, without even thinking he would consume it. His behavior was really wild and reckless.”

Their mother died from a pulmonary embolism when they were teenagers. Her death was the first challenge that kick started the reckless behavior.

“He was on heavy opiate medication, and the VA has no plan for those people who are injured so severely that they require lots of surgery and lots of drugs for that sustained amount of time,” Matthew Rumley said. “I mean, there’s no plan or anything. They don’t even openly discuss it.”

With fear of pushing his brother into a deeper addiction or jeopardizing their relationship, Matthew hoped his brother would find the turning point on his own accord.

“It’s also something that you can’t help but feel some sort of guilt. At the moment, it feels almost impossible to intervene,” Matthew Rumley said. “The last thing you want to do is push them away even further.”

Now living in California, any worries he had of his brother relapsing has completely disappeared. He fully believes his brother has the will power to prolong his recovery without any obstacles.

“He’s maintained his sobriety and continues to throw his own determination,” Matthew Rumley said. “He’s got real inner strength to maintain it. He’s definitely a unique guy.”

Kevin Rumley began his long term recovery journey 10 years ago on April 8, the anniversary of his injury.

“He is a rare combination of someone who is experienced and can deal with people on all levels,” Singer said. “Whether it is someone in recovery or someone in my age bracket, he has the ability to handle all of this pain.”

Kevin Rumley obtained a bachelor’s degree in public health from UNC Asheville in 2012 and a master’s in social studies from Western Carolina University in 2018.

Before that, he was an intern during his clinical placement year in graduate school. During the internship, he formed connections and relationships throughout the different treatment courts and other establishments in the county.

“He is the glue that keeps the veteran’s treatment court together,” said Allan Singer, a local lawyer for 51 years. “He is trusted by the entire staff. He’s empathetic and able to deal with a whole bunch of stuff. He’s a very passionate person.”

According to his co-workers, his goal is to constantly improve resources for veterans. He’s using his recovery to help those in need.

“We just think the world of him,” Singer said. “People will go to war for him.”

The two met when Rumley was just an intern.

“He’s enthusiastic and understanding of the difficulties that our people are in,” Singer said. “What he learned along the way in terms of education and so forth is super critical to what helped shape him into the man he is today.”

He formed connections to refer those struggling to get the most help as possible, according to Singer.

Cindy Crawford, the judicial assistant at the Superior Court Judges office said Rumley is a breath of fresh air when he’s around. He’s able to turn any bad day into a good one.

“He definitely understands what the majority of them are going through because he’s been there himself,” Crawford said. “Issues with PTSD and pain, he knows all of that. Most of our veterans are experiencing at least one of those, along with mental health issues. Kevin is really supportive of them.”

He doesn’t want anyone struggling to feel like they are alone.

“He is truly authentic. You like him right off the bat,” Crawford said. “He likes people. It’s very obvious. He has this wonderful personality of caring and sharing. He cares a lot about people.”

Kevin Rumley said music was a huge support during his recovery. He considers music a great healer, and will always be a staple in his journey.

He began playing the drums and percussion when he was little. He can sometimes be seen playing music with his friends downtown.

“He’s a wonderful musician,” Crawford said. “Anybody in recovery that goes to bars and plays should be a trigger but he’s kept it together. He got lucky with his band members. They all know what he’s going through and they’re there to support and protect him.”

Kevin Rumley said the military should provide better resources and assistance when veterans are discharged as well as reintegration plans for the soldiers returning home from a tour of duty.

“Now he’s giving back to the community and looking out for veterans with the drug treatment court,” Matthew Rumley said. “He’s looking for non-punitive solutions to these guys who have made mistakes. It’s pretty inspiring.”