Dating apps and COVID-19: what does virtual romance mean for relationships? 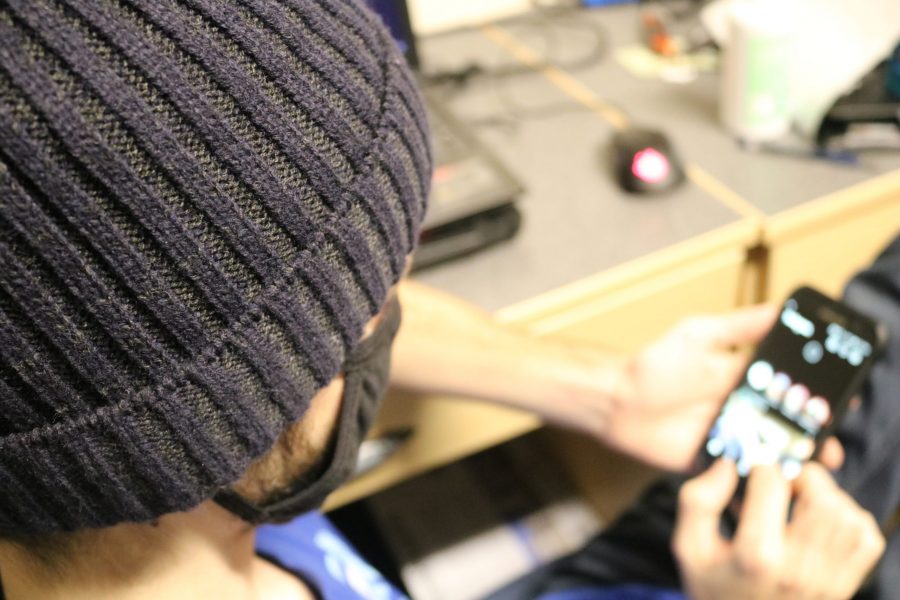 Dating apps remain a popular method of mingling on-campus during the pandemic, especially near Valentine’s Day according to UNC Asheville students.

“Two weeks prior to Valentine’s Day is definitely when I would be on more,” said Ryan Rodriguez, UNCA engineering student.

“I don’t really see any pros coming out of dating apps,” Rodriguez said.

“Because of the suddenness in which everyone had to go inside, you know — indoors, people were forced into making decisions that they likely would not have made until maybe a year or two years down the road,” she said.

Ethan Donah, UNCA freshman, said he uses dating apps often on-campus as a way to meet new people and said he believes there are benefits to online dating services.

“Having access to people long-distance is good,” Donah said. “Also, I just find it easier to talk to people first online and over text messages rather than meeting them in person because for me it makes it a little less anxiety inducing.”

Zerfoss said meeting online can be helpful for people who have shy personalities and are not as likely to interact with a stranger in person. She said it gives some people the opportunity to create romantic relationships where they otherwise would not have time.

“At least if you’re on a dating app, you know everyone is looking to date someone. That’s not to say there are not people who present themselves in one way and something else is going on,” Zerfoss said.

Donah said dating apps can be disappointing when individuals behave inappropriately or have intentions contrary to his. The freshman said awkward situations can arise on dating apps because of the anonymity they can provide.

“Really creepy people, depending on what app you’re on, might hit you up and it gets very awkward. Or, you might be looking for a legitimate relationship, or you’re using the app for like friends and stuff if you’re new to an area, and they will just want to have sex with you,” the UNCA freshman said.

Zerfoss said meeting organically has advantages because you can evaluate the other person and get to know them better. The couples therapist said people are motivated at first by physical appearance.

The couples therapist said meeting someone online initially presents the best parts of that person and what they think will make them attractive to others, not what they may be like in a committed relationship.

“It takes a while to get to know somebody. There is no substitute for time,” Zerfoss said.

Rodriguez said one of his biggest drawbacks about dating apps are the dangerous situations which can occur on the apps. The UNCA sophomore said he is always cautious about other people on dating apps.

“A lot of the dating apps now, some like criminal stuff has happened now, like people being lured in and sex trafficking and all of that, that is definitely one of the big problems now. There is a constant anxiety worrying about that,” the engineering student said.

Donah said the reliance on dating apps due to the pandemic has not changed the way he meets others and online services are the best way for him to meet other people on campus.

“Being a gay person, the only way that I meet other gay people is usually online whether it is through an actual dating app or through Instagram, or something like that,” Donah said.

According to Beatrice Gratz, a UNCA psychology student, using dating apps has changed the way she perceives romantic relationships.

Zerfoss emphasized the importance of learning patience for relationships and not to be afraid to set boundaries if something does not feel right in a relationship. The couples therapist said she advises people out in the dating world during the pandemic to not lose heart because romantic relationships are here to stay.

“Don’t give up. A satisfying, secure, emotional connection is the best connection against many things — against disease, against emotional ups and downs, it gives you a safe harbor. And, the more somebody knows who you really are and accepts you, and the more you accept them as they really are, the more intimate and safer the relationship will be and I think that is so important,” Zerfoss said.