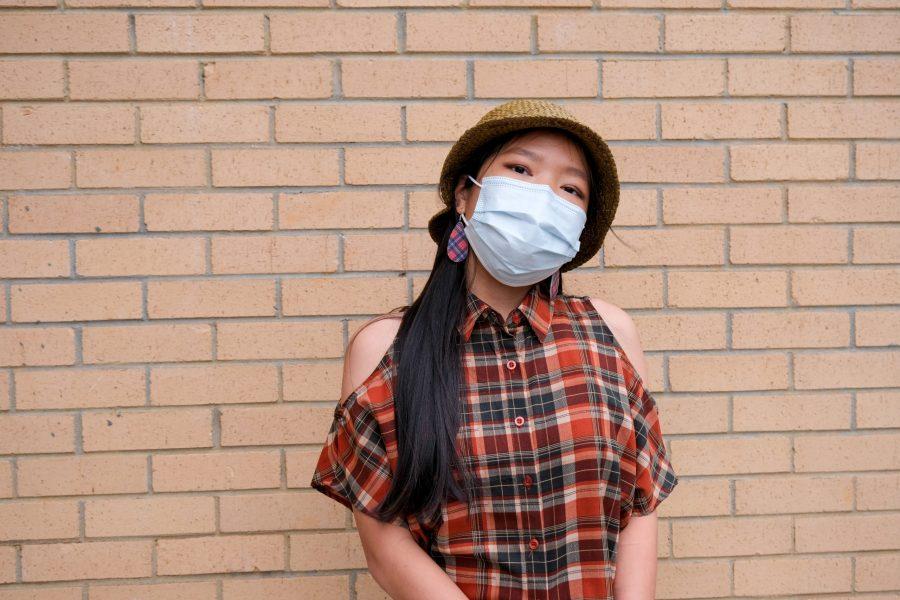 Asheville Campus Entertainment will host an art show featuring works from Black, Indigenous and people of color at the art gallery in Highsmith Student Union from Feb 16 to March 2.

“In many industries white people, white voices, are heard over minorities just because of the many privileges they are given,” Karuna Li, a 19-year-old, sophomore, biology major and one of the event organizers said.

Li said she believes students are eager and open to learning about diversity initiatives on campus.

Organizers delayed the initial opening of the gallery from Feb. 4 to 16 due to a lack of submissions.

The art world has long been dominated by white male artists, but Amahdi Stewart, a 21-year-old art major with a concentration in painting, said social media helps bring attention to overlooked artists.

She said social media allows people to learn and have access to people from different cultures.

“I can see so many different non-white artist and that’s really cool but without social media I probably wouldn’t of,” Stewart said.

The 21-year-old said she defines art as something purposefully made to be art. She said some people put chairs into museums and call it art.

“As much as people don’t like to call it art, it is,” Stewart said.

Stewart hopes to become a full-time artist but she also wants to experience other aspects of the trade.

“I’m really interested in the management side of galleries,” she said. “I think I just want a well-rounded experience and then maybe settle down into strictly painting.”

Dr. Agya Boakye-Boaten, the chair of the interdisciplinary international studies department, said art is essential to African culture and life.

“Art is a form of the expression of a people’s world view and so in the west you can set it apart and put it in a museum for viewing,” he said. “For the African, existence is manifested through art, it is not something that is set apart. Art is not a commercial entity, it is an essential part of existence.”

Unlike the European view of art, Dr. Boakye-Boaten said for Africans, art is a tool in their daily lives.

“What is considered art is still functional for many African societies. They still use these functions, these artifacts, as part of the expression of their cultural essence,” he said.

When painting people of darker skin tones, Stewart said it requires a lot of observation on how colors work. Stewarts passion for the Black Lives Matter Movement and her awareness of the lack of representation in art inspired her to paint more Black people and people of color.

“I don’t want the only pieces of art out there that represent people of color to have to be modern. I want people to be represented beautifully,” she said.

Stewart, a realism and surrealism painter, said her art is not based on aesthetic but instead on a feeling or something stuck in her head. A piece special to Stewart is a tribute she made for her brother who passed away.

“I think I have definitely become more thoughtful about my work,” she said.

To get herself in a painting mood Stewart listens to music or watches time-lapses of people painting.

“It varies greatly, and depending on my mood. Sometimes it’s really angst and then sometimes it’s just a vibe like Erykah Badu,” she said.

Dr. Boakye-Boaten said he cautions against galleries that purposely remove art from one cultural group for the amusement of others. He said when art gets taken out of its natural context it becomes meaningless.

“In a museum what does that art mean, it’s meaningless to the museum, except for an anthropological experience,” he said. “But the folks that it belongs to have lost a part of the ritual existence, the essence, because that object has been removed from them.”

In an academic and African definition, Dr. Boakye-Boaten said he is an artist, he plays traditional music and does traditional dances.

“Art provides meaning for something and justification of the existence of something,” he said. “In my language there is no word for art, whether you are looking for music, dancing, looking for artifacts, all of these have intimate functions within the cultural expression of the people.”

Dr. Boakye-Boaten said life is a production of art.

“The existence of human beings are in constant production of art. Art to me is not something separate,” he said.