Brew can do it: local breweries join forces for a new recycling collaboration 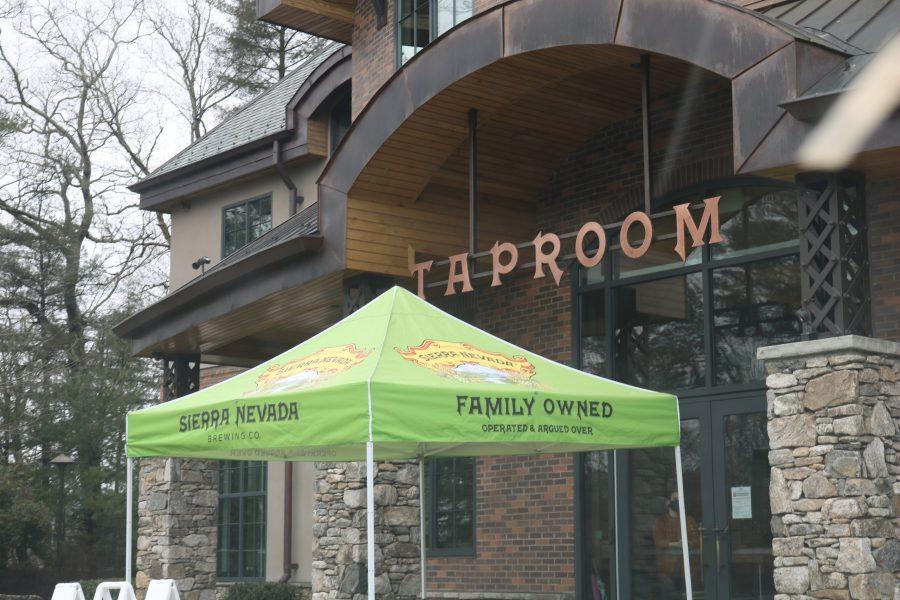 “We are adding a new dock, basically designed just for the breweries. We will be setting that up so they can come and if it is busy they can unload themselves,” Moore said. “We will take different grades that we don’t typically recycle like PET banding and some loose film, loose super sacks and stuff like that.”

Moore said the collaboration with Sierra Nevada Brewing Company, a brewery and taproom located in Mills River, began with the aspiration to help smaller breweries in the area recycle materials breweries have in abundance and are not typically accepted through traditional recycling avenues.

“They started collecting material at their facility and tried to bail it and keep up with it. I think it got so overwhelming that they saw there was a need for someone to handle this material. As a business, we work with Sierra Nevada on their recycling so we started talking,” the owner of American Recycling of WNC said.

According to the U.S. Green Building Council, the Mills River Sierra Nevada brewery is LEED Platinum certified, meaning the infrastructure of the facility is recognized as highly energy efficient and sustainably constructed by the most widely used green building rating system in the nation.

The Mills River Sierra Nevada facility location is also certified as a Platinum Zero Waste facility by the U.S. Zero Waste Council, according to the U.S. Green Building Council.

“It’s helped us be able to work collaboratively instead of just trying to figure it out ourselves and be able to recycle more items. It is a huge help for us,” Dagnan said.

The senior environmental, health and safety manager said the collaboration helps the environment because many of the materials the brewing industry use such as malt bags, super sack bags, polypropylene bags and plastic wrap are difficult and expensive for individual breweries to recycle and they usually go to a landfill.

“We are able to reuse a lot of those plastic items and that is beneficial to the environment,” Dagnan said. “From an employee standpoint, it has helped us boost morale because we have a lot of people who are really passionate about recycling and are doing all they can for the environment.”

Dagnan said the employees and community at Wicked Weed Brewing have rallied around the collaboration because it is a solution to the significant amount of materials from breweries going into the trash.

Among participating breweries, Buchi Brewery, a kombucha and kefir soda brewery local to Asheville is committed to help inspire change in the Asheville community and environment, according to Georgia Smith, community relations coordinator for Buchi.

“This initiative feeds our commitment to sustainability, allowing us to expand our recycling program beyond glass and metals to harder-to recycle materials like shrink wrap and pallet straps,” Smith said.

Zach Hilyer, head of packaging at Burial Beer Company, said the business aims to use more sustainable packaging, making recycling their cans easier for the customer and the recycling process itself. However, solutions to waste reduction are not always attainable for individual breweries.

“The reality is that before this cooperation was conceptualized, practical solutions to a lot of our waste were not available. We have, of course, recycled all that we could through conventional methods until this point as I know most other breweries in the area have. This new initiative will allow us to greatly reduce the amount of material we end up throwing away,” Hilyer said.

The head of packaging said the collaboration will allow breweries to drop off pallets for anyone to reuse, which was a challenge for Burial Beer Company before as they receive materials daily on pallets.

“This will allow smaller to mid-size breweries an opportunity to put into place some sustainability practices that before now would have been out of reach from a budget and logistics standpoint,” Hilyer said.

“It’s great to be part of a community that is always looking for ways to reduce our impact,” Frasier said.