Pandemic increases the need to bridge the digital divide 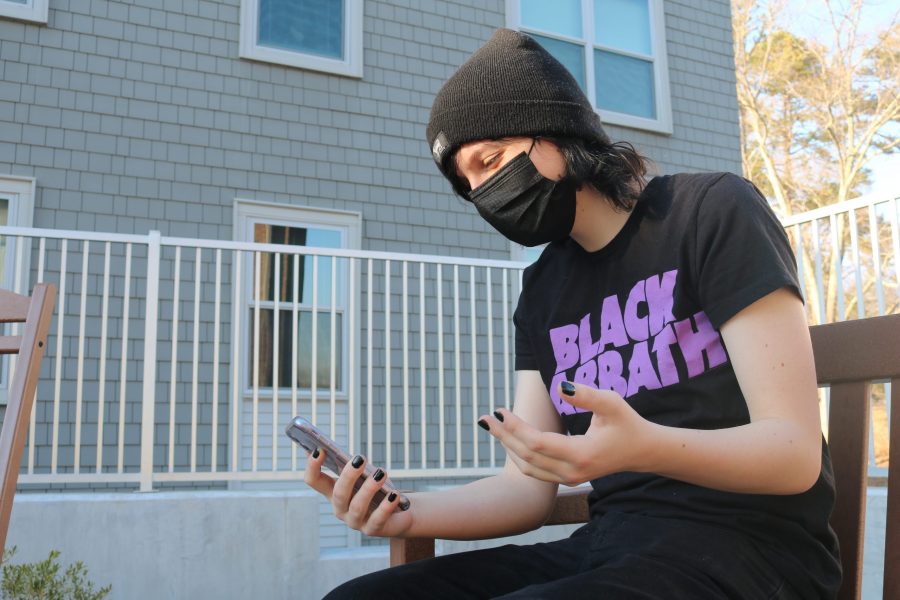 The lack of reliable internet and quality devices during  COVID-19 poses a risk to rural and low-income communities in WNC, according to experts from the WNC Broadband Project.

“Before the pandemic started, it was known that the digital divide showed that people who had access to and were able to utilize high speed internet have better health outcomes, better job opportunities and higher education. People and families who did not have this had a disadvantage,” said Brian Drawert, UNC Asheville assistant professor of computer science and technical advisor for the WNC Broadband Project/

According to Drawert, the project, an initiative aimed at providing equitable access to reliable internet, empowers individuals to advocate for digital equality.

“As internet speeds got faster and more complex, that digital divide started pushing things out. Then the pandemic hit and it became very obvious about who was on each side of the divide. That was both good and bad. It exacerbated the problem but it also drew a lot of attention. And by attention that means funding,” the assistant professor said.

Drawert said the WNC Broadband Project creates space for communities to discover internet and digital inequities, advocate for better service or switch to better service. The WNC Broadband project facilitates funding into organizations which can bridge the divide, according to the assistant professor.

Additionally, the National Environmental Modeling and Analysis Center on campus partnered with Drawert to study the exact penetration of broadband in Buncombe County, according to the WNC Broadband Project technical advisor.

“We have this Swiss cheese effect. You can see that there’s areas even inside the city of Asheville where people don’t have broadband,” Drawert said.

Elias Landsman, a post-baccalaureate computer science student and web development intern for the WNC Broadband Project, said he assumed the goal was to get high speed internet access to rural areas but the project taught him about accessibility issues for lower income individuals in urban areas.

“Access to internet and digital resources are not just a matter of if internet is available in a neighborhood or address, but also who has access to a device or can I charge my devices. Things like that are easy to take for granted if you have those things,” Landsman said.

The computer science student said the digital divide is also a matter of education because some individuals don’t know how to use devices and the internet sufficiently.

“If you don’t have access to broadband or have education, you cannot just rely on other things as a necessity. You pretty much need those things moving forward,” Landsman said.

According to Anitra Griffin, a UNCA new media and computer science double major and the web design intern for the WNC Broadband Project, the digital divide is a socio-economic issue because greater internet disparities exist in rural areas and not many people can afford high-speed internet when offered.

“Right now it is a necessity,” Griffin said. “For telehealth and all these things going on right now, it is definitely needed.”

Shane Peters, a real estate consultant and native of a rural community about five miles from Black Mountain, said he has been fighting for better internet for years. According to Peters, AT&T has copper lines buried in his area for phone service which allows his household to use DSL internet, but most of the time the quality is too poor to use.

“They sell it for about $60 a month for a six-megabit-per-second connection, they can never deliver six. When it is working really well it is between four and five and a half megabits per second,” Peters said.

The rural WNC native said his provider oversold the system capability for his area and they don’t have the bandwidth to support the promised speeds of DSL internet to the houses in his rural neighborhood.

“You couldn’t even stream Netflix. We would have trouble with multiple people in the house working on computers, trying to do emails,”  Peters said. “I do some media work and I would have to pack up my laptop and drive into Black Mountain and sit at the Dripolator in order to upload a simple file.”

The real estate consultant said he challenged his service provider with evidence of paying for internet service, but not receiving what he was promised, and they lowered his bill.

Peters said he filed an FCC complaint and had conversations at a corporate level. There, he argued that his provider refused to upgrade their service to his rural area while overcharging their customers for poor quality internet.

“My ire with this whole system compared to systems in other countries — primarily because of free enterprise capitalism –the government doesn’t insist that connectivity happens for every house and they don’t provide the funding or infrastructure to be able to enable that,” Peters said.

According to Drawert, free enterprise capitalism plays a complicated role in internet disparity because high speed internet is not considered a utility like water, power and phone service.

Peters said he is looking into new broadband options for his household such as Starlink. According to him, this small system of internet satellites orbiting Earth may better serve rural areas.

“A satellite is a very narrow wire. Everyone who is under the satellite has to use the one satellite,” Drawert said. “One satellite can only serve a limited number of people at the same time. The more people it’s serving, the smaller number of bandwidth it’s using. If there is only one person using Starlink in a 20 mile radius, you are going to get fantastic speeds. If it is a million people, it is not going to work at all.”

According to the UNCA assistant professor, Starlink is a fantastic step toward equitable high-speed internet but fiber optic cable provides the most practical solution toward bridging the digital divide in WNC.