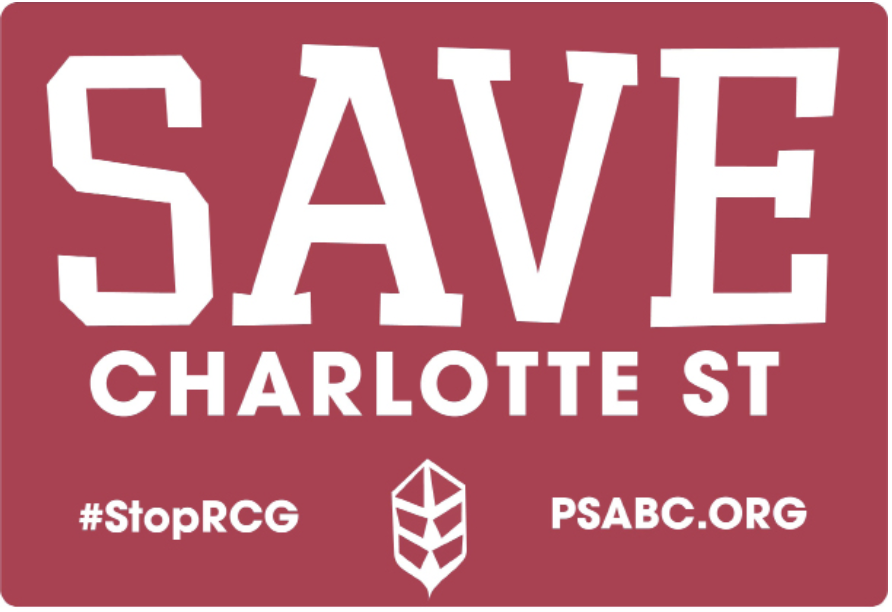 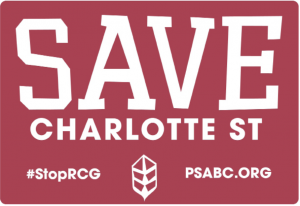 Residents Molly Madsen and Philip King, who both live on Evelyn Place, explained their varying opinions on the matter of preserving Charlotte Street.

“From what I understand is that the people who owned the houses on Charlotte Street owned them from the 1980s’. Of course, they would get a lot of money selling that property to a builder or private owner. But people want to change it into an apartment complex,” Madsen said.

Madsen, despite living on Evelyn Place, walks outside her front yard and plants two signs of “Save Charlotte Street,” the trademark sign for the The Preservation Society of Asheville & Buncombe County ’s goal. The preservation society that currently fights to protect the homes marked for demolishment.

Madsen argued one could easily refurbish the houses. A little modern touch up on the antiquated households pulls an interested buyer, like herself, according to the advocate.

“What people and I would like to do is have them refurbished. They’re old, very old houses. They could save the houses and sell them to somebody like me. They could buy one and redo it and make it a project to make it modern while still being historic to the property,” she said.

“With my house, I could have just gone to any modern house and be done with it. Instead, my husband and I bought this house on Evelyn Place. We spend years working on it and refurbishing to bring it back to its original splendor and give it back to Asheville. We make sure all the bathrooms work, all the fireplaces and everything in the house. We got rid of the dead trees and created a beautiful garden. We won’t own this place forever. However, this place will remain the same,” Madsen said.

Madsen said her biggest fear of the houses getting demolished is what will come after. As the property will be sold to anyone, she fears of the ramifications the new buildings will have on the environment.

“For all we know, the new land could be sold to build a new gas station, a store, or a new restaurant. Then you would not have any space and pumping toxic gas into the air. What would that look like,” Maddsen said.

Madsen said it’s her way to not only give it as a gift to the community but also to people who come after her time.

“We leave it as a gift. You leave a footprint. That’s what we are doing: leaving a footprint to remember the community,” Madsen said.

Philip King, a resident of Evelyn Place for five years, said the signs of saving Charlotte Street are questionable. He said there was something strange about signs that tell you to save something, when it gave little information itself. He gave skeptical comments about the sign and a possible scheme behind it.

“I don’t know. It’s just strange. When you see signs being posted on the lawn without giving any information, that gives something to look out for. Save Charlotte Street, but save it from what,” King said.

King regarded himself as pro-development, but, he only condones it when it is done properly.

“I believe development is inevitable and it can be good for the population. With saving Charlotte Street, I believe there are good points and bad points. It’s a little dubious how they’re advocating the campaign, but I can support

fighting to sustain the environment of the neighborhood. However, development is inevitable to house the population and give people more homes,” King said.

Lee Arevian is a long-term resident of Asheville and managing director of TBG (The Bridge Group), an organization that helps draft plans for advocacy projects like protecting Charlotte Street.

“After being across many places, coming back home was like coming to a full circle. I love the mountains, I love the vibe, I love the events, and that made me concerned about the houses being demolished to take action,” Arevian said.

Arevian said he’s gathered neighbors to accumulate concern over this development. While there is no plan, he wants to spread awareness.

“There is no definitive plan, no point of view. But there is a lot that I hear and see that I do not like about the development,” he said.

Arevian said there will be several challenges for the development not worth taking.

“In part, infrastructure is going to be very challenging. If you add development from Charlotte to Chestnut it will get worse. The pipes there are old and small. I’m not sure where the water is coming from for this development. The 15 parcels in that area are permeable. From an infrastructure standpoint, it is a nightmare project,” Arevian said.

Arevian echoed Madsen’s thoughts on preserving history through refurbishment: Keep the old homes and update them with new furniture and rebuilding.

“I talked to the Preservation Society of Asheville about the detail of the Charlotte street houses. Everyone I’ve talked to on this development don’t seem happy about the development, but they are happy to do something in line with what we are. I’ve seen old homes turned into restaurants, but the integrity still stays, keeping it in line to what it is,” Arevian said.

What Avreian noticed is a lack of knowledge. There are a lot of things people don’t know in considering this development plan a bad idea.

“There is a lack of knowledge. People live their lives, barely pay attention and don’t want to get caught up in this. I think it’s important for us to make them pay attention and see what’s going on. So when people travel the Charlotte Street road they don’t see the development and do not know what’s going on, what’s happening to your neighborhood,” Arevian said.