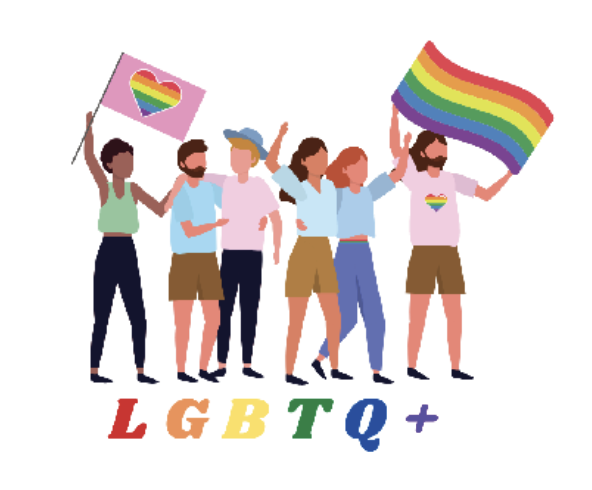 Graphic made by Emily Arismendy

The Buncombe County Board of Commissioners is set to vote on a proposed local ordinance that would ban discrimination on the basis of gender identity, race and other factors. If passed, Buncombe will become the second North Carolina county and seventh local government to adopt such ordinances.

Previously, a state law prevented such local ordinances. Local nondiscrimination ordinances are now legal, after the bill expired on Dec. 1. Since the law’s expiration, leaders in Asheville have been quickly working to pass these discrimination protections.

Currently, Chapel Hill, Carrboro, Hillsborough, Durham, Greensboro and Orange County are the only other North Carolina communities that have passed local discrimination protections.

These broad-spanning protections originated from a March 16 draft from the Buncombe County Board of Commissioners.

A recent draft suggests fines will begin at $100 for the first offense, $250 for the second and $500 for the third offense, if they all occur within the same calendar year. Earlier drafts show penalties of $500 for each offense, regardless of the number of offenses committed prior. The increasing scale of penalties more closely reflects other jurisdictions who have passed similar protections.

In a March 16th debate surrounding the protections, Jasmine Beach-Ferrara, now candidate for Madison Cawthorn’s district 11 House seat, explained the new protections are “intended to be an ordinance that communicates community values and establishes clear standards around those, creates channels and due process pathways to address legitimate incidents and, hopefully, gives us a powerful tool to get closer to that goal of being a place where every single person has equal opportunity to thrive.”

UNCA students recognize Asheville has long been recognized for its progressive values and inclusive community. LGBTQ+ students at UNCA feel as though these protections come as a result of needed progress.

“This is a really progressive city, so I agree with Jessica. Like, it’s about time. I’m gay, so it definitely feels good that it’s being considered,” Sikes said.

Charlotte Hatley, 27, said as a transgender woman, these protections would do a lot for her confidence. She recalls many times she faced harassment and discrimination herself.

“When you fit somewhere outside society’s heteronormative box, you understand what it’s like to be discriminated against. I’ve been harassed on sidewalks, at work, and like, anywhere else you can think of,” she said.

Hatley said that as a trans woman, her existence alone is political.

“Being trans, you are kind of forced to notice the things other people take for granted. Me simply being present, well that will offend someone,” she said.

Hatley went on to reccomend volunteering with Tranzmission, a local nonprofit with membership including “nonbinary, genderqueer and gender fluid folks as well as trans women, trans men and our family, friends and allies,” according to their website. The organization was founded on April 2, 2001, is dedicated to furthering the rights of the LGBTQ+ community and is accepting volunteers looking for a way to get involved.

Hatley said that working and making connections within the trans community is a great way to further the community’s progress.

“I always recommend getting involved. Simply knowing a trans person can change your whole perspective. Majority of people have never had a meaningful relationship with anyone who’s trans,” Hatley said.

While the future of these ordinances remain unknown, to people who identify as LGBTQ+ in Asheville it is abundantly clear that protections are desperately needed to offer a sense of security and hope to all.

The Buncombe County Board of Commissioners is set to vote on the ordinance on April 6. If passed, the rule would take effect on July 1.