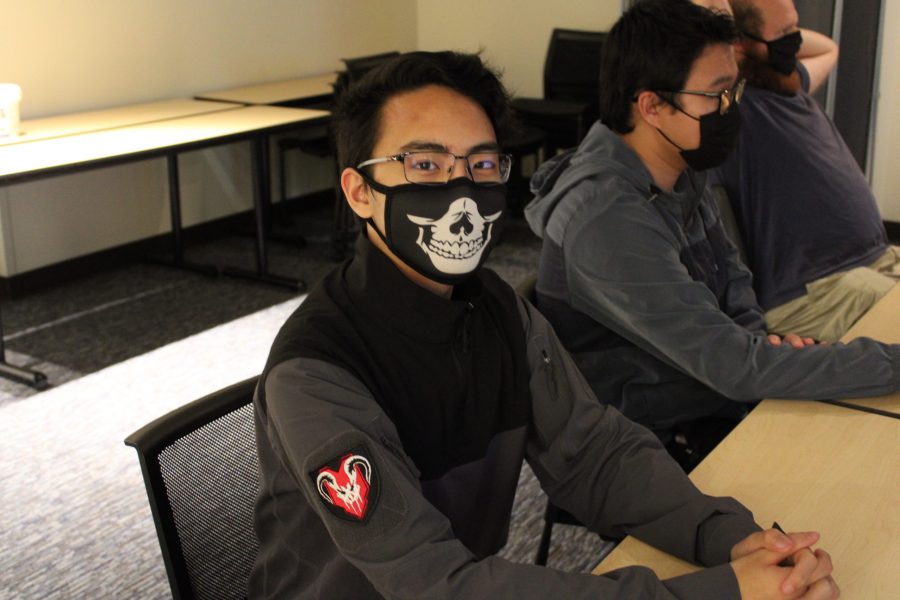 Asian students in Asheville club at UNC Asheville celebrates its rich cultural diversity by sharing a sense of community while confronting heavy social issues.
Club President Baye Samodal said her favorite aspect of the community is being able to become closer with other Asian Americans and Pacific Islander AAPI students in an area with a smaller population.
“I also enjoy getting to educate non-AAPI individuals about Asian culture and Asian struggles as they are not discussed very often,” she said.
Samodal said the community of Asian Americans and Pacific Islanders (AAPI) in Asheville is underrepresented and lacks the representation and cultural presence compared to other groups which can be reflected in the school.
“Most of the Asian culture presented in Asheville is gentrified and not presented by actual AAPI individuals,” she said.
UNCA student Wu Tuam Elijah Lo said the club represents a place for Asian students to speak freely within a place of cultural diversity.
“I get to see different types of people. From my perspective, I don’t get to really socially interact with my minority or Asian community,” Lo said. “Most of the time we kind of keep to ourselves and we don’t really speak as much.”
Lo said group interaction is his favorite aspect of the club and finds enjoyment in the activities the club partakes in.
With greater AAPI representation now than in years past, ASIA club aims to give students a space to feel represented and share camaraderie through activities and group discussions.
Samodal said when she first joined the club, it didn’t have the same level of representation as it does now and many of its leaders were not AAPI individuals.
“My goal as president is to create a safe space for all AAPI individuals and to educate the campus about the range of topics or challenges endured by AAPI,” she said. “I want to ensure I am inclusive of all AAPI identifying individuals and not just focusing on what mainstream media focuses on.”
Samodal said one takeaway members can have from the club is Asia’s diversity and how Asia is not a monolith, but instead a place of rich cultural diversity.
“Through my officer committee and the content we share, members will learn that there is more to Asian culture than just K-pop, anime, etcetera,” the 21-year-old said. “Even though those things are a huge part of Korean and Japanese culture, there is much more that Asia has to offer.”
ASIA Club Officer Alex Ear said the group has bi-weekly meetings which range from casual movie watching events to discussions about heavy social issues.
“We have tackled very heavy subjects. Last meeting we had, we talked about the Model Minority myth,” Ear said. “Last general meeting, we talked about how to debunk that.”
According to Samodal, the Model Minority myth is a tool created to single out and divide Asian Americans from other minority groups.
ASIA club constantly evolves and introduces new content, members and activities to the community. The network grew to encompass Ear after his cousin introduced him to the club.
“I took my chances and checked out ASIA club my freshman year and that’s how I got involved,” he said. “This club represents to me a place I can call a home, a community, a place of friends and a group that I can have unforgettable memories with.”
Ear said another cousin of his played a role in the formation of ASIA club..
“It started off as an interest group and then started to form a club and it kind of built off this community for like 11 years now,” the 20-year-old said.
According to Ear, in order to boost membership in the club after the pandemic caused a decrease in numbers, the group hosted an event they called ‘Night Market.’ At the market, the group would come together with food, beverages and games.
“Night market kind of resparked it. ASIA club is still here,” he said. “Last year, I reached out to UNC Charlotte. I reached out to them and made connections with them and had a little field day.”
Ear said during his role as president for the club, ASIA collaborated with other diversity groups within the school to help expand its reach throughout the school.
“Last year I was the current president and I pulled off the biggest night market. I collaborated with BSA, HOLA, and ACE altogether to pull off a night market on the Quad. It was the biggest night market ASIA ever held,” he said.
Ear said the club is headed toward the right direction since more individuals are becoming interested in participating with the group.
“They want to build a safer community for AAPI here. Seeing a lot of people show up means a lot,” he said.