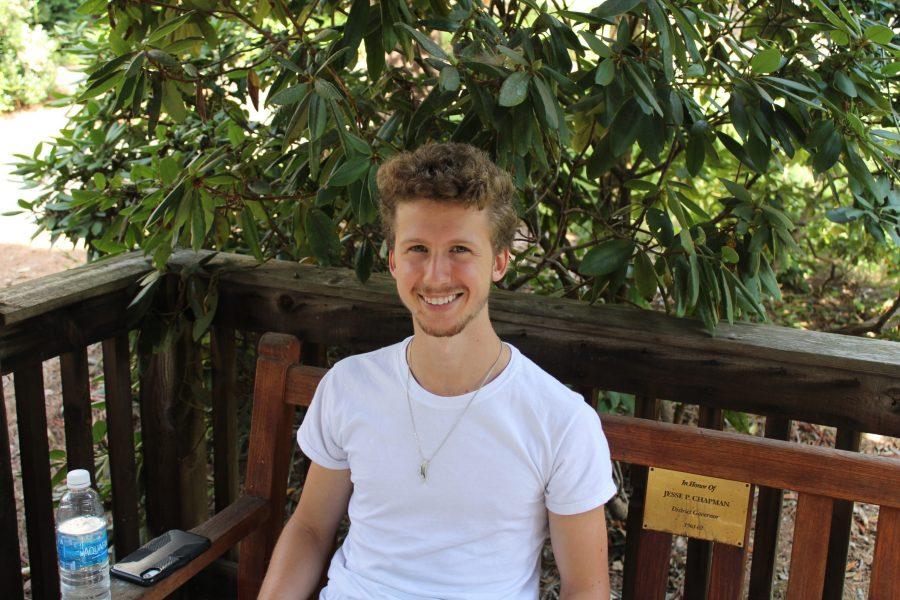 Members of Hillel, the student Jewish organization at UNC Asheville, said they find strength in reconnecting with their heritage through community despite their small presence on campus.
President of Hillel Stephanie Wiener said it can be difficult being a Jewish student on campus due to their numbers being so small.
“It’s a sense of community for me. A lot of my close friends are Jewish because I grew up with them,” she said.
Jonah Gorenstein, an officer of Hillel, said the group at UNCA offers a unique experience which gives Jewish students a sense of inclusivity.
“You’re connected to a community, you have friends and people that you know share that connection with you,” he said.
Director of the Center for Jewish Studies Doria Killian said Hillel is on college campuses throughout the entire country and offers Jewish students an opportunity to connect with their heritage.
“On campus here, it’s largely a space for Jewish students to spend time with each other and get to spend Jewish holidays here and do things that are important to them as Jews,” she said.
The name of the organization is inspired by Hillel the Elder, a significant figure in Jewish history who is known for teaching the golden rule of treating others the way one wants to be treated.
Killian said she acknowledges it can be a startling jump for a new Jewish student to arrive on campus and feel a disconnection from their heritage and family.
“I think Hillel does a good job of giving students space to feel connected to those things,” she said.
Hillel partakes in various activities such as the Shabbat, the day of rest, every week as the group comes together to light candles, say prayers, drink grape juice or wine and eat braided bread.
“We have 31 holidays so we have a lot of holiday specific events,” Gorenstein said. “We had apple picking for Rosh Hashana, the Jewish new year, and the apples are for a sweet new year. It’s super holiday specific.”
Anti-semitism in the South deterred Wiener from partaking in Jewish events and activities during her youth.
“A lot of people don’t know someone’s Jewish. Here in the South, it’s hard,” she said. “Sometimes I know people are afraid to come to events because of anti-semitism in the South.”
In recent years, Kilian said she has seen a startling rise of anti-semitism spreading throughout the United States.
“Sometimes it’s things such as property damage but also mass shootings that were targeted at Jewish groups,” Killian said.
For members of Hillel, hate crimes toward members of the Jewish community in the United States carries a long history.
Gorenstein said there are many areas in the United States where violent hate crimes happen to members of the Jewish community.
“It has always been around. For that reason I wouldn’t say it is a growing threat, but a threat absolutely,” Gorenstein said.
In one past incident, students found flyers on their cars which depicted imagery comparing mandated vaccine cards for local businesses to the persecution of Jewish people during the Holocaust.
“There were flyers going around that had a lot of imagery that compared this to the persecution of Jews during the Holocaust,” Kilian said. “It is making light of a very serious event in Jewish history.”
According to Wiener, one way to combat anti-semitism is to keep people well informed about the Jewish community.
“Impart some wisdom on what we actually are and not what they think we are,” she said.
Gorenstein said anti-semitism must be combatted by criminally prosecuting those that commit hate crimes through the destruction of property and the harassment of Jewish individuals.
“I do think that anti-semitism has always been a cultural thing. For that reason you can’t just talk people out of it,” he said. “I think the best way to really target anti-semisitism is an awareness of anti-semetic events when they happen.”
Through Hillel, Wiener works to create a safe and inclusive space for students and uses the group to combat any form of decrimination.
“At least now with the leadership role, if we experience that, we deal with it first hand to protect the rest of the group,” Wiener said.
According to Wiener, Judaism is both a very diverse religion and a culture that tends to be misrepresented by the general public.
“I think society as a whole puts everyone together in a group even though there’s different sectors,” Wiener said.
Wiener said Hillel as an organization is underrepresented in the school and doesn’t receive the same funding that other religious groups on campus do.
“We don’t get any support whatsoever,” she said. “I don’t think it’s addressed as much as it could. It definitely could be addressed more.”
Gorenstein said Hillel’s main goal on campus is to become involved with campus life and to increase their presence in the school.
“I think that there are many Jewish people on campus, some of whom I’ve met, that don’t know about the events and don’t know about the existence of Hillel,” he said.
Now as president of Hillel, Wiener is attempting to expand the community by searching for newer members for the group within the incoming freshmen on campus.
“We’re starting to do more marketing and we’re trying to work with more administrative people to speak up and we’re trying to get help from more minority groups,” she said.
Gorenstein said Hillel on campus adds character to the Jewish community’s values and to the paths they choose and provides an identity that members can share a commonality with.
“Hopefully through Hillel you find a group where you share that common interest. I think that Judaism as a religion is one of inclusivity and one of caring and compassion and those values are really important to a lot of Jews,” he said.