NFTs and what they mean for the Asheville art scene 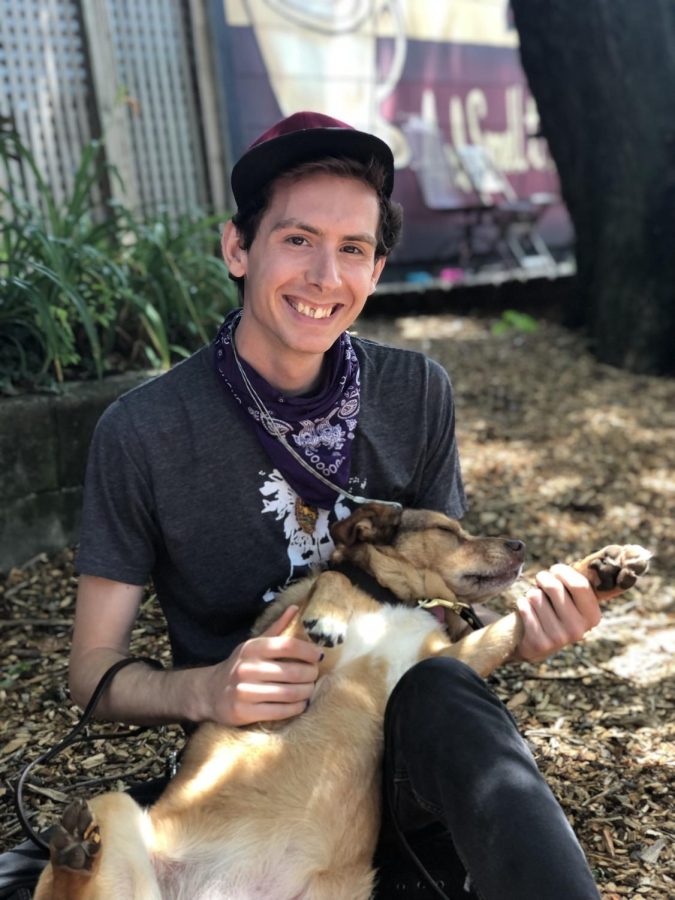 With starving artists and famous musicians alike claiming non-fungible tokens as the next big thing, many of Asheville’s local creators embrace the relatively new phenomenon as a way to get their art out to the public and turn a profit.

“NFTs are a unique opportunity for artists and entrepreneurs to generate new ventures and to grant ownership, profit and value of art and innovation back to its creators,” said Braethun Bharathae-Lane, Asheville local and UNC Asheville alumnus.

According to Bharathae-Lane, a non-fungible token is a unique unit of data that can be sold or traded, and acts as a form of digital authentication that proves ownership of an original work or limited copy.

“What makes NFTs so amazing is they can be verified on the blockchain as they are purchased with cryptocurrencies. The blockchain uses thousands of computers to individually identify and authenticate anonymous transactions,” he said.

The blockchain functions as a digital ledger and allows for the safe transfer of NFTs without the need for an intermediary.

Bharathae-Lane said that any digital asset can become an NFT, including music, art and collectables.

“I intend to release albums, cover art, lyrics and poems because artists can make royalties off each transaction after the initial sale,” he said.

Artists like Bharathae-Lane use sites like OpenSea to discover, buy and sell their digital items, with OpenSea acting as the first and largest NFT marketplace.

“Your fans can even make royalties off the NFT tokens they own through promoting and reselling it using something called smart contracts,” he said.

Asheville painter Jaime Byrd said she believes NFTs are predominantly a good thing, but thinks they are still in their infancy.

“As NFTs become more mainstream, they can actually protect an artist’s intellectual property and give more royalties to that artist,” she said.

Byrd displays her contemporary art at an art gallery called “Trackside Studios” and said she first started minting her artwork back in 2021.

“I am a strong supporter of blockchain technology and I use the blockchain to create certificates of authenticity for my physical artworks as well. I wanted to offer my collectors another way to own my artwork,” she said.

Byrd said NFTs gave her a new creative outlet where she can animate her physical paintings and offer them as a second piece of art, taking viewers deeper into her paintings and showing them something unique.

“NFTs have been a learning process for me that has opened up so many new opportunities both creatively and economically for my business,” she said.

Byrd expects the trend to continue to grow over the years and said she’s excited to invest the time to utilize and learn the new technology.

“Because we are still early in the process, there will be some growing pains, but ultimately I believe NFTs will help artists make a living from their art and offer new and innovative ways to connect with their collectors and fans,” Byrd said.

UNCA Lecturer for New Media Ashe Cosette said part of the reason NFTs are so alluring is because young content creators see it as a way to make money by being creative and skipping the daily grind.

“Suddenly, there’s this thing that’s new and exciting and promises making money faster with less effort, and people are naturally drawn to that,” she said.

Cossette said she sees NFTs as a speculative bubble, a hot commodity with big spikes in value charged by irrational manic trading, and doesn’t think they are here to stay in their current form.

“Imagine walking into the Museum of Modern Art with the intention of buying Van Gogh’s “Starry Night.” But instead of buying “Starry Night,” you pay hundreds of thousands of dollars for a certificate of authenticity claiming you have seen the original “Starry Night.” That’s what an NFT is,” she said.

To Cosette, there’s also the environmental concerns to consider, as the blockchain uses every computer in the network to act as a constant verification measure.

“That means it’s always on. It requires so much electricity to run the network that it just compounds our current problems with air pollution and CO2 emissions,” she said.

For the artists that do decide to post their artwork on one of the NFT marketplaces, Cosette said they’re forced to pay a fee.

“It’s basically an extra price creators agree to pay to cover the cost of electricity that powers the transaction’s verification. A single transaction on the blockchain can cost over $100,” Cosette said.

Then there’s the problem of ownership. According to Cosette, the question can become extremely convoluted because NFTs attempt to change the way people view digital ownership.

“What they’re selling isn’t the actual work of art or even the copyright to that work. It’s a URL with a certificate of authenticity. If the marketplace shut down, everyone’s certificates would disappear. Artists don’t actually own their artwork there because they have no control over what happens to the marketplace,” she said.

The most pressing concern to Cosette is how NFTs are perceived and the luring tactics advocates for the new media use to try and gain favorability for artificial scarcity.

“There’s this facade of NFT providers who make deals between themselves in order to create the illusion that there’s a booming market of rare collectibles to attract unwitting buyers to. Those buyers, in turn, hope to resell their NFTs for thousands more, but they are never able,” she said.