Chasing the truth in tall tales: “The Ballad of John Henry” showing 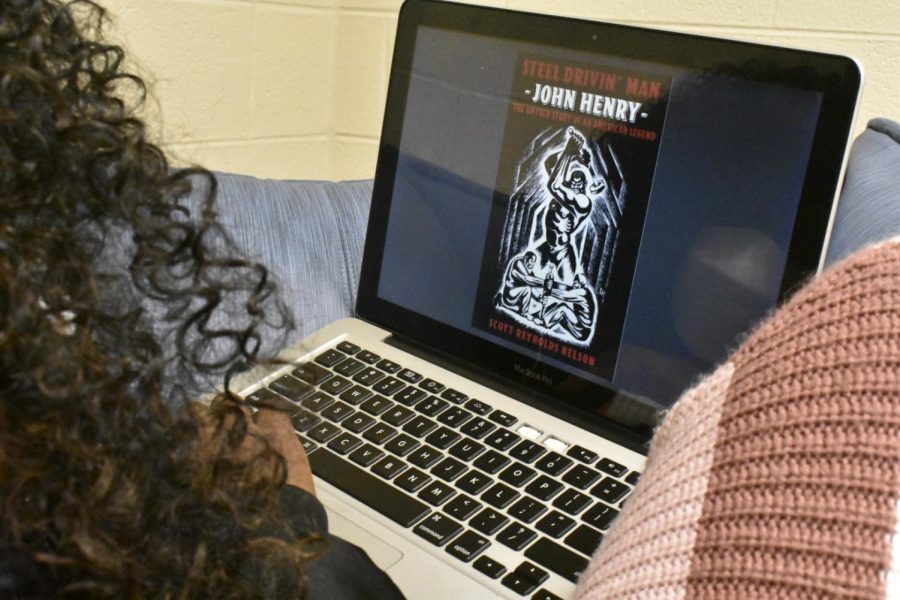 Independent filmmaker Matthew Paul Price spoke with the UNC Asheville community via Zoom after the viewing of his documentary, “The Ballad of John Henry” on Feb. 10. The educational film details Price’s search for the steel-driving man, whose story inspired the blues genre, and its relationship with the convict leasing system in the 19th century. The screening concluded with a recorded question and answer session.

“I always felt like it was shrouded in a mystery,” Price said.

In interviews with experts and historians across disciplines, the St. Louis filmmaker said he felt naive for believing he would find the missing piece of evidence that would answer the question: Who was the steel-driving man?

“Some people have had the same feeling I had toward John Henry and then there’s others who didn’t know much about him,” Price said.

The legend of John Henry, seen today in music, movies and a children’s play in some instances, tells the tale of Henry’s infamous race between a man and a steam drill on a railroad camp.

Price said he felt inspired by Henry’s work ethic and strength depicted in stories from his childhood. The documentary is centered around the findings of novelist Scott Nelson, genealogists and historical documents on the construction of southern railroads.

Researchers eventually identified Henry as a 19-year-old kid from New Jersey convicted of theft in Virginia. His charges were later increased to  felony larceny due to Black Codes in the south.

“John Henry was not really a happy song. It was very depressing. Basically, the song is a warning, as Nelson said, to other workers to slow down in their work, so I thought that was interesting,” Price said.

The film follows the historical and political irony of the timeline of his life and the establishment of the convict leasing system, a tool used to alleviate overcrowded prisons while utilizing the free labor of freedmen in the south.

In 1866, the rights and civil liberties of freedmen were intentionally restricted using Black Codes or Laws which made vagrancy, homeless, petty crimes or “living while black” as Jusdon said, punishable by fines and jail time.

“On one hand it really shows how deeply embedded systemic racism was in almost every aspect of American life. We understand that they’re incarnated not because they’re criminals but because they’re living in Reconstruction era south,” Sarah Judson, history professor said.

Convict laborers sang folk or chain-gang songs to keep a rhythmic pace for each other’s safety on railroad construction sites. The men worked together to hammer down holes into rocks, then rolling spikes back and forth to secure them into the track.

Their technique is one of the earliest references to Rock and Roll in its timely lyrics. Price said he found the connection between laborers’ song contemporary genres unique.

“Historians and artists had taken the story and culminated it into something it wasn’t originally meant to be,” Price said.

Henry’s notoriety for his speed and skill increased more so after his early death in the 1870s. During the Harlem Renaissance, Black artists celebrated the resilient spirits and bodies of African Americans who’ve endured systemic oppression in the south in their revival of Henry’s story.

“It’s a really important reminder of the danger that incareered workers were exposed to as they worked for the state. That is such a profound loss of life that occurs and such a terrible disregard for life,” Judson said.

The oration continues to influence contemporary culture and educate younger generations about the truth behind the folk hero.

“Sometimes work that is done is within trauma, oppression and pain. Your telling adds something, not in negativity, not in hurt, but it can bring about a different viewpoint,” said Tiece Ruffin, director of africana studies.