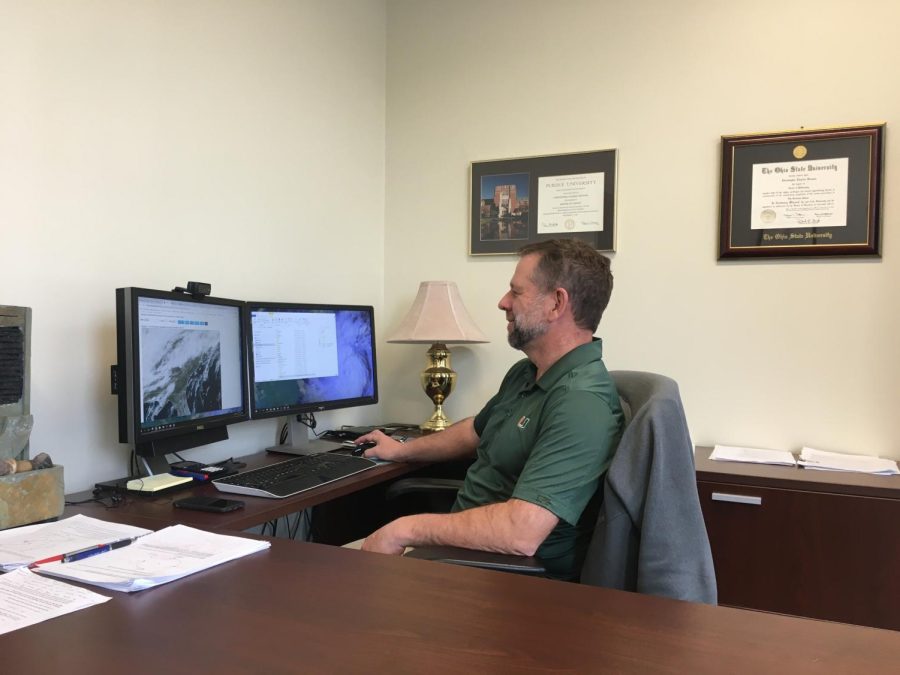 With the recent announcement that UNC Asheville will ease back on the mask requirements around campus, many said they have mixed feelings about the policy change. Others wish the school would do away with the policy entirely.

“I’ve respected the Buncombe County mask mandate even though I believe it to be ineffective and divisive. I’m grateful that the county has finally lifted it,” said UNCA Professor of Atmospheric Sciences Christopher Hennon.

The change in policy comes after a briefing held by North Carolina Gov. Roy Cooper on Feb. 17, where he encouraged North Carolina schools and local governments to lift their mask mandates.

“Like with many pandemic policies and mandates, it doesn’t make sense from a public health perspective. Community masking has not been shown to be an effective policy for limiting the transmission of disease,” Hennon said.

The professor cited several sources to support his claims, including one randomized, community-level mask promotion study done in Bangladesh involving mask effectiveness back in 2021.

“Although most emphasize the results from the study that surgical and KN-95 masks do show evidence of preventing viral spread, the data also showed cloth masks had virtually no advantage over not wearing a mask. Surgical masks only showed a modest benefit,” Hennon said.

The UNCA mandate requires a face covering in the classroom and accepts KN-95, surgical and cloth masks that are at least two-ply material.

“Even the CDC, which for many months has pushed for cloth masking, now acknowledges they do little good,” he said.

Hennon said he suspects people are being put into a state of fear by the mainstream media and the government because it makes them easier to control. He also moved for the constant state of emergency to end.

“It’s time for all of us to make a declaration that we’re done with this nonsense and we’re ready to get on with our lives. We need to think for ourselves and make our own conclusions and health care decisions,” Hennon said.

According to Hennon, the past two years have been both challenging and sad, and the professor said he misses seeing the faces of his students.

“I miss the excitement and joy that permeates campus when the semester is in session. Even with live classes, the hallways are usually empty. In the classroom, masks present challenges in communication and connecting with students,” he said.

Despite his dissatisfaction with the imposed mandates, Hennon said he wouldn’t mind if his students came to classes still wearing their masks.

“Everyone should be free to make their own personal health decisions, including wearing a mask. The problem with vaccination and mask mandates is they violate that principle,” he said.

Junior Makenna Mackey said she loves the idea of the mask mandate being lifted and she looks forward to seeing people’s faces again, but feels as if it’s not the right time for fear of a new outbreak on campus.

“I don’t believe the decision should be left up to the students. We have too much on our plates to handle a serious decision like that on our own,” Mackey said.

The former Florida resident said the mask mandates there were never enforced, so she’s pleased with the ones put in place at UNCA.

“I think UNCA has done a tremendous job at enforcing its mandates while also keeping our well-being in consideration. If they decided to completely lift the mask mandate, I would still feel safe coming here because I’m fully vaccinated and I got the booster,” she said.

Sophomore Adam Sorgi told the Blue Banner the only real impact masks have made on his college experience is that it’s harder to hear people from a medium distance away and that he doesn’t mind wearing them.

“Since the start of the pandemic, I’ve gotten so used to wearing a mask. It’s not even an issue. Your personal discomfort over wearing one doesn’t take priority over public health safety,” he said.

The sophomore said he’s against the governor’s request to lift the mandate, as cases skyrocketed in January and continue to pop up.

“I’ve seen people under the current guidelines who don’t wear their masks properly and have shown verbally they don’t have an understanding of how masks really work,” he said.

Believing that some might see the lift as an excuse to never wear masks again, Sorgi said the school should keep the mandate intact for indoor and crowded areas.

UNCA Professor of Health and Wellness Ameena Batada said the students in her classes exhibit a great deal of resilience in the face of the pandemic.

To Batada, the typical college life is currently unrecognizable, and the professor said she suspects this is the reason why there’s been a spike in negative emotions like anxiety and depression around campus.

“I think there was hope that we might be re-emerging, and then the surge at the end of 2021 seemed to really take a toll on morale, but I sense resolve in students,” she said.

As a public health official, Batada said that with the policy change, communication becomes even more critical.

“It will be important for the university to communicate clearly with the campus community about where and when masks are required or where and when they are highly encouraged,” she said.

Batada said honest communication is key, and that these conversations and decisions must be carried out with respect for the privacy of all individuals.