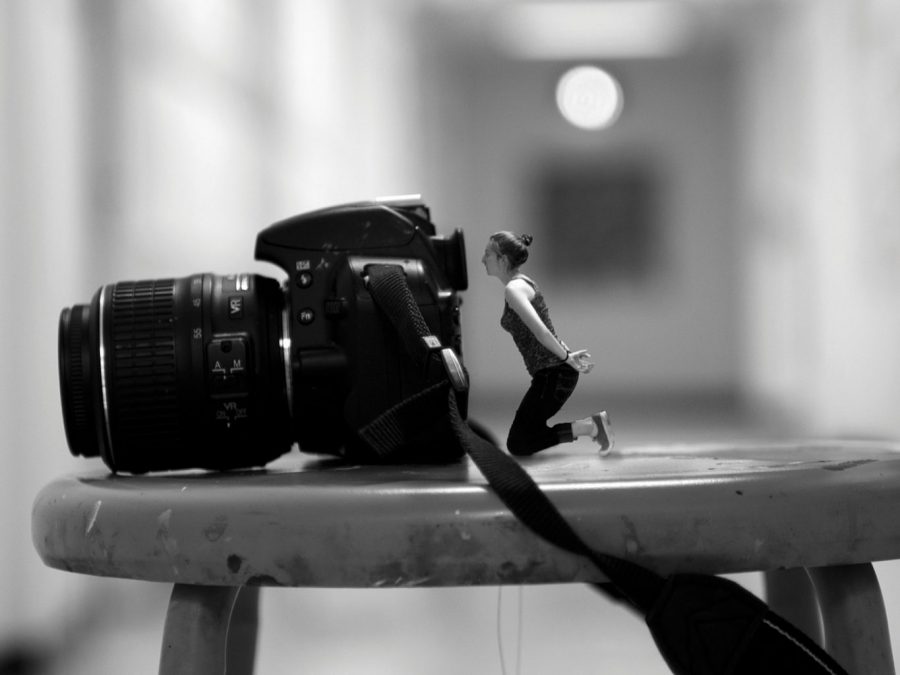 Demonstrating versatility both on the track and in academics, Adrian Etheridge, senior distance runner, challenges the stereotype of a college student.

As a part of UNC Asheville’s cross country team since her freshman year, Etheridge finished her final UNCA cross country race at the Southeast Regional, with a personal record of 23:13.

Now Etheridge will finish up her track and field career at UNCA training and competing in distances anywhere between 800 to 10,000 meters.

Starting around age four, Etheridge says she always found herself running, doing events such as the 50-yard dash and long jump.

With both of her parents and many of her family members being competitive racers, Etheridge describes running as something that simply runs in her family.

As an art major with a concentration in photography, Etheridge says not only does she have to balance being a student athlete, but also keeping up with her photography portfolio and working on her future career.

“It’s harder in college just because it’s more of a job. Days when you have long runs and where you can just be out on the trail with the team are when you really remember why you love running,” Etheridge said. “Sometimes I don’t want to get up at 5 a.m. to go running when I’ve been in the studio for hours, but usually it’s a stress release.

Making the Big South All-Academic team this year, Etheridge succeeds in balancing school and running. Recently engaged to Jeremy Gower, junior UNCA student, as well as continuing her own personal photography business, Etheridge says even though she hasn’t had a traditional college experience, she loves the one she has.

“Being a part of Adrian’s life is a lot like standing in the eye of a hurricane. It is like watching synchronized chaos happen all around you as Adrian goes from here to there, works on this, then this other thing, and still achieves all that is expected of her,” Gower said.

“Unless you’re in an art program, you don’t have as many opportunities at a high school level to become a part of photography. It’s really trying to get people to know about art so that maybe they will pursue that career in college,” Etheridge said.

“Science and math are kind of taking over – especially when it comes to education in the U.S., and arts are kind of falling behind.

After graduating, Etheridge plans to continue running marathons, as well as spend a lot of time with photography — advocating for artists around the world as well as spreading awareness of photography.

“I personally think that art is a really great way to not only spread other people’s stories, but using that to create a better sense of humanity in people,” Etheridge said.

“I really like the idea of creating a sense of humanity in that everybody has their own personality and that they aren’t necessarily just identified by where they live. That’s what I want to use my photography for, specifically focusing on artists in each of their respective communities.”