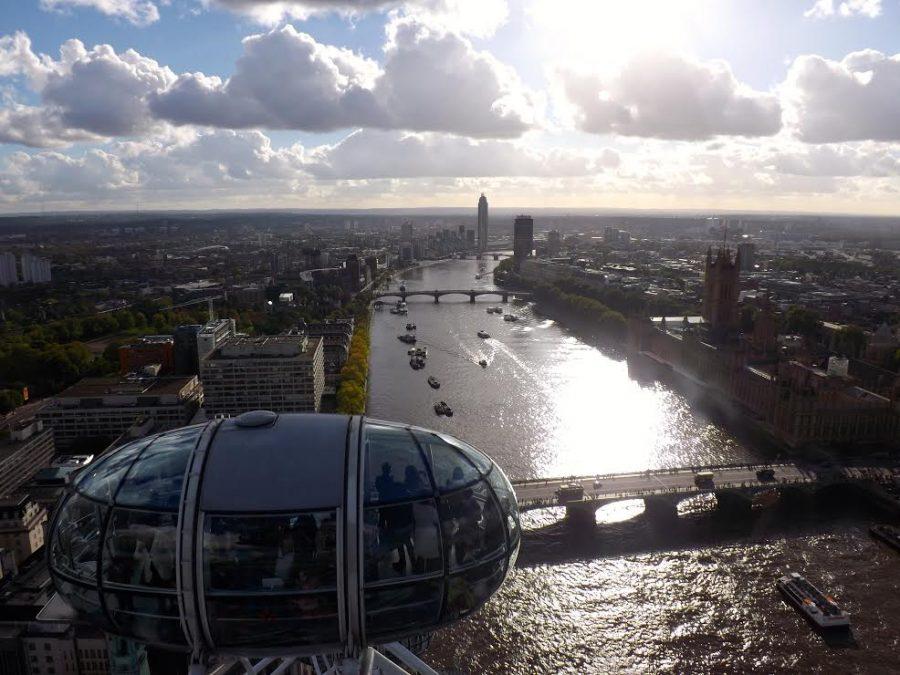 By Emma Alexander – [email protected] – Staff Writer | Feb. 4, 2015 |
Studying abroad while in college is an opportune time to have unique experiences and reflect on their lives, students say. However many assume they cannot afford it, said Cara Gilpin, study abroad adviser at UNC Asheville.
“It depends on an individual basis when we are talking to students to make this happen,” Gilpin said. “I think a lot of students come in with the assumption that it’s going to be a lot more, and I feel like the exchange programs are designed to be more comparable in cost.”
UNCA offers exchange, non-exchange and faculty-led programs, Gilpin said.
“Exchange programs are programs that are reciprocal in nature, so students pay their tuition and fees here and either pay room and board as if they are here as well, or they will pay that abroad,” Gilpin said. “So those are very comparable in cost to what it would be if they were here.”
The majority of faculty-led programs are paid through UNCA, as well. Gilpin said non-exchange programs require the student to pay a program fee instead of a tuition fee, and the cost for these will vary.
UNCA held study abroad fairs in September and January. The fair in September included affiliates of UNCA which offer more opportunities and support for non-exchange programs. The January fair focused on this summer’s faculty-led programs, said Bonnie Parker, study abroad director.
“I’ve been here since 2006 and I’ve worked in international education for a long time,” Parker said. “We help to create new partnerships, new contacts for the university and students, advise students in programs, work with different departments at UNCA, get word out to students and campus community and help with scholarships.”
Students participating in UNCA’s exchange programs may use all types of financial aid, including federal, state, UNCA grants, scholarships and loans. Students can use financial aid in summer or winter faculty-led programs as well.
Students studying abroad through programs other than exchange programs may use federal and state grants, scholarships and loans. These programs include ISEP-Direct or other outside programs. However UNCA institutional scholarships and grants cannot be used for these programs, according to information from UNCA.
“Students should talk directly to the financial aid office because they may qualify for things after they apply for FAFSA,” Gilpin said. “We also have some scholarships that we can advise students about. We have a few that are regionally-based, so you would get the scholarships just for going to that particular location, it’s not need-based.”
Gilpin said she recommends exchange programs instead of the non-exchange programs to students concerned about financial aid. The main difference in cost between exchange programs and UNCA would be travel-related expenses such as airfare, a visa and personal expenses.
“Tuition and fees would be exactly the same,” Gilpin said. “Room and board would be the same through the ISEP program, which is $7,500 per semester on average. The personal expenses will vary depending on which country you choose. All basic expenses are covered as part of the program.”
Study abroad advisers talk to students about their comfort level and financial ability in order to help them make decisions on where to go, Parker said.
“I think it helps people really understand themselves on a different level after they’ve been abroad,” Gilpin said. “They can step back and reflect on that experience.”
Parker said studying abroad is a different part of education. It helps foster an ability to reflect and be reliant and self-confident.
“I studied abroad in London,” said Gray Barrett, a junior international studies, political science and economics student. “I wanted a change of scenery and to take part in an internship through UNC’s program. It was a long process involving an interview to get into their program, but well worth it. I consulted the Study Abroad office here at UNCA, the staff of which I really enjoyed working with, and my parents of course.”
Barrett said while abroad he would go into London without a destination in mind and would wander for hours, or take the Underground to a random location and walk back.
“I love doing things like that, and I think it’s the best way to explore new cities,” Barrett said. “I ran a lot in London, explored markets and neighborhoods, met British people and traveled a lot to visit friends also studying in Europe.”
Barrett said he gained access to the exclusive Liberal Party club and drank a gin and tonic there. He said it was the sort of place Winston Churchill frequented.
Barrett said going abroad helped him quite a bit. He will be graduating early due to the credit he got for his major and for honors courses from studying abroad.
“The summer programs are a little bit different because they are UNCA classes that you’re taking but you’re taking them in an international context,” Gilpin said. “So students pay per credit and it’s distance learning rate, so you’re actually paying a little bit less than what you would pay if you were on campus.