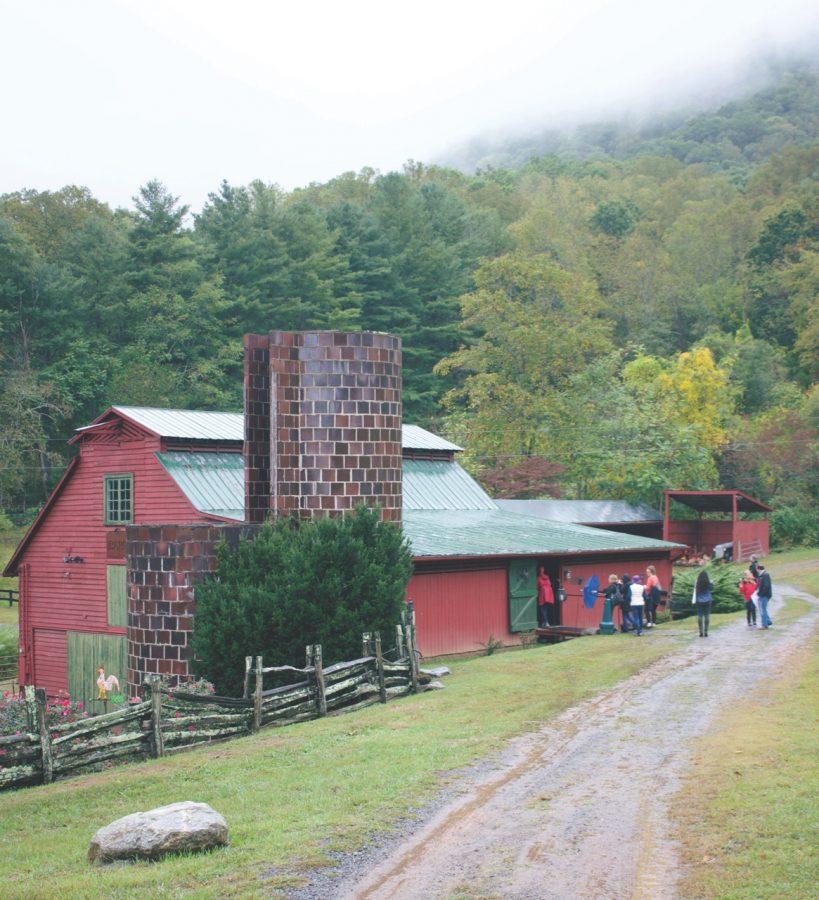 
Chancellor Mary Grant announced in an address at the seventh-annual ReVIEWING Black Mountain College conference that UNC Asheville and the Black Mountain College Museum + Arts Center had only minutes earlier entered into a memorandum of understanding.
The two institutions share many ideals with regard to arts and liberal arts education, and have worked together on past projects and events, but the MoU will strengthen this bond.
“To commit to deepening the partnership around scholarship, research, service and creativity,” Grant said, are the goals of the agreement.
In addition to signing the MoU, Grant announced Friday evening that UNCA received a $180,000 grant from the Windgate Foundation. The grant will support several faculty fellows and two student interns who will explore the history, people, art and legacy of Black Mountain College through their own creative and scholarly work.
The Windgate grant, along with the MoU, will foster a deeper discussion between two important educational institutions, and thus represents a momentous step forward for UNCA, BMCM+AC and the greater Asheville community, Grant said.
“When we think about the way we are going to solve problems — no matter what we do, whether they’re social problems, economic problems, civic problems — we’re going to do that through innovation and creativity,” she explained. “Coming together to have these discussions is essential to that. Having innovation and creativity at the heart of a liberal arts education is essential to the work that we do through the way we educate our students.”
Brian Butler, Thomas Howerton Distinguished Professor of Humanities at UNCA and co-chair of BMCM+AC, said he has been working to facilitate a more engaged discussion between the two institutions for years, especially since UNCA and Black Mountain College have such similar missions as ventures into the liberal arts.
As these institutions have so much in common, and so much to gain from each other, Butler said he seeks to establish a literal common ground where the two ventures can collide in a physical space. His vision for the museum is to house it at UNCA. He said he hopes the university will agree, as this would present a tremendous learning opportunity to students and faculty.
“I want part of the museum, at the very least, to be on campus,” Butler said. “We should grab it.”
This development may be far off, but, for now, Grant and Butler said they are proud to host the ReVIEWING Black Mountain College conference at UNCA. This year’s iteration, which took place Friday through Sunday, attracted one of the conference’s largest-ever crowds.
Scholars and students came from all over the world to discuss the theme “Bauhaus + USA,” examining the connections and lines of influence between the Bauhaus, a Weimar-era German art school, and Black Mountain College.
The opening of Black Mountain College coincided with the closing of the Bauhaus. Among BMC’s faculty were several Bauhaus émigrés, including Josef Albers, who emerged as the school’s most influential pedagogue. Black Mountain College was, in this sense, an outgrowth of the Bauhaus.
Margret Kentgens-Craig, associate professor of architectural practice at the NC State College of Design, spoke of the connections between the two schools in her lecture “The Bauhaus Vorkurs: At the Intersection of Design and Liberal Arts.”
“Both schools were experimental and risk-taking, and shared an atmosphere of courageous inquiry into a new and better educational environment,” Kentgens-Craig said. “Both radiated the spirit of freshness in modernity, and attracted diverse faculty and students, many of whom would eventually belong to the creative avant-gardes. Most notably, both addressed the necessity to educate the whole human being.”
Butler said he suspects this line of influence extends, however loosely, to UNCA. One has only to read over an early letter by the university’s first chancellor, William Highsmith, to get a sense that the spirit of the now-defunct Black Mountain College transmigrated to UNCA.
“We must think of higher learning as being primarily for the purpose of increasing one’s knowledge of the world he lives in and his capacity to live in it purposefully and effectively,” Highsmith wrote. “Higher learning should make it possible for all of us to add new dimensions to the total life experience.”

Correction: The original version of this article misspelled the name of the organization issuing a grant to UNCA. It is the Windgate Foundation, not the Wingate Foundation.