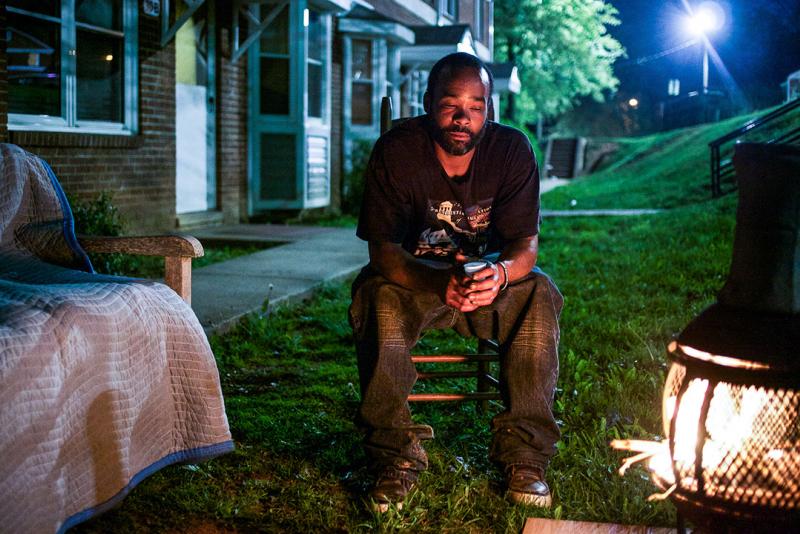 By Austin Guarisco, contributing writer
“Looking at Appalachia,” a group photography exhibition, opened at UNC Asheville’s S. Tucker Cooke Gallery Friday.
The show examines the nature of the line between photojournalism and fine art and has been lauded by publications such as The New York Times and National Geographic.
The exhibition is a national traveling collaboration of 75 photographs taken by 51 photographers, both amateur and professional.
By inviting the viewer into the experiences and stories of the people of Appalachia, namely within southern New York to northeast Mississippi, the photographers said the audience might get a better understanding of the region.
Project director Roger May and his fellow photographers Pat Jarrett, Megan King, George Etheredge, current UNCA student, and Lou Murray, UNCA alumnus, held an artist talk for the audience at the opening reception Friday.
The group discussed their inspiration, goals and story behind the conception of the project. The photographers explained the importance of responsibility and experience inherent in each photograph’s story.
Eric Tomberlin, UNCA photography professor, said the democratizing power of photography in this country is a means of battling poverty and inequality.
The 75 photos depict extensive diversity in Appalachian culture. Each of the photographers had distinct styles for capturing the message of their subjects, but attendees said photography is best when the artist is involved with his or her subject, and the dynamism of that relationship shapes the work.
May, the founder of the project, discussed the inspiration of the exhibition.
“These images have often drawn from the poorest areas and people to gain support for the intended cause, but unjustly came to represent the entirety of the region while simultaneously perpetuating stereotypes,” May said. “Drawing from a diverse population of photographers within the region, this new crowd-sourced image archive will serve as a reference that is defined by its people as opposed to political legislation.”
Sponsored by the department of art and art history, its Visiting Artist Committee and NEH professorship funds, “Looking at Appalachia” will be on exhibition until Nov. 17 at the S. Tucker Cooke Gallery in Owen Hall.