“I like to call it beautiful punk, or beautiful emo”: A behind-the-scenes look at local band Pictures of Vernon 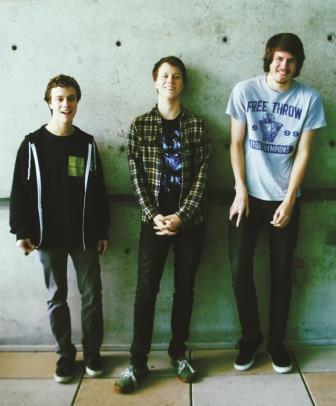 Daniel Gorham, left, and brothers Joel and Anderson Ragan, goof off while discussing the perks of being young musicians and performing their own songs. (Photo courtesy of Pictures of Vernon)