Organized chaos: Rhetoric and response gets heated at Trump rally 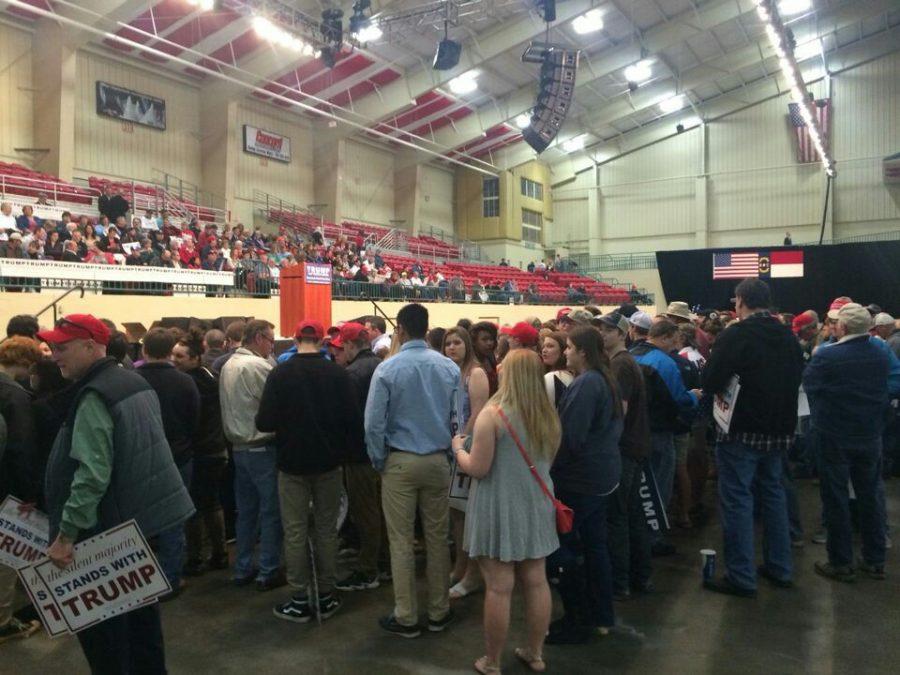 The crowd waits for Donald Trump to take the stage at his rally in Concord.