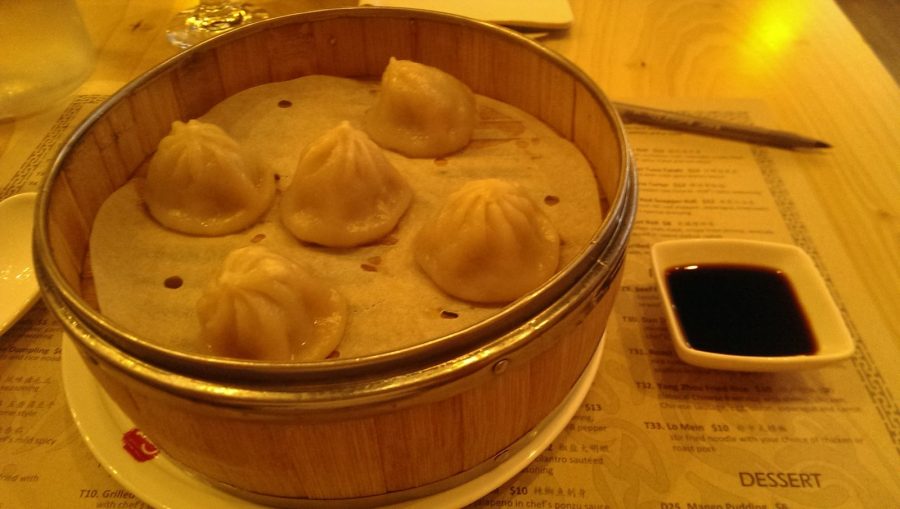 
Nick Baynard
A&F Staff Writer
[email protected]
Asian restaurant Red Ginger, which opened in downtown Asheville in February, introduces genuine dim sum cuisine representing the true heritage of the Chinese countryside.
“This is part of my dream and I always wanted something very authentic. That is the main purpose of serving dim sum,” said 52-year-old Mai Medvedev, co-owner of Red Ginger Dimsum & Tapas.
Medvedev, of Zhenjiang, China, has been a restaurateur for over 25 years and said she has frequently been asked by her customers to show them “real” Chinese cuisine.
“I always had customers come up and ask me ‘what do we really eat,’” Medvedev said. “This is the perfect way to present ‘what we really eat.’”
Part of the dim sum tradition is making healthy dishes with simple ingredients that are from local sources, Medvedev said.
“When I grew up we were poor and it was good because all of the food came directly from the farm. We ate only organic things,” Medvedev said. “Here, at Red Ginger, we got a lot of local support from places like Hickory Nut Gap Farms and Joyce Farms and others.”
The menu at Red Ginger features a variety of items such as wontons, dumplings and seafood which are mainly prepared using steamers.
“Using the steamers is a traditional method of cooking and a very healthy one too. Like my childhood in China, dim sum shows how healthy eating Chinese can be,” Medvedev said. “Lots of Chinese food in America can be very unhealthy.”
When Medvedev guided me through the menu she pointed out her favorite items then suggested trying a house favorite: the Pork Dumpling Shanghai Style.
When the dumplings arrived in a wooden steamer basket they were smoldering hot and served with warm Zhenjiang vinegar, a famous export from Medvedev’s home province.
Medvedev surprised me with the next few courses including a pair of the Black Truffle Shu Mai, a full order of the Szechuan Wonton, a grilled baby squid and a Sweet Sesame Ball for dessert. The last two items she served are not on the regular menu, which may come as a let down to the squid lovers out there.
The Szechuan Wonton is another popular dish at Red Ginger. It is a steamed wonton with a very sumptuous pork and shrimp filling served in a pepper oil. The presentation was beautiful and the pepper oil probably would not be considered too spicy for most.
The Black Truffle Shu Mai was a different take on the pork and shrimp dumpling, this time with pulverized mushroom in the filling and a fragrant black truffle concoction on top. Medvedev served these with a house-made chili oil that was much smokier and only a little bit spicier than the oil served with the wonton.
I was totally caught off guard when Medvedev brought a grilled baby squid to the table. The natural pink and purple colors of the squid looked particularly beautiful with grill marks and the soft and rubbery texture worked well with the crunch of the char.
This was especially delicious when dipped into the chili oil that was served with the Shu Mai. I have always been an explorer of what most people would call “bizarre” seafoods and this was by far one of the best experiences that I have had.
Just as I was beginning to feel the effects of the eminent food coma coming on, Medvedev brought me a Sweet Sesame Ball. I never tried one of these delicious desserts before, but I will never skip another chance.
It was a warm, sesame-coated, sticky rice puff ball with a sweet red bean paste filling. The outside was crunchy and dry which made it very comfortable to hold in the hand while the inside was steaming hot and melted in the mouth like cotton candy.
This item has traditionally been on the menu but was removed recently for the quarterly menu change, a decision I hope Medvedev will rethink.
I had the luxury of dining at Red Ginger Dimsum & Tapas at the very beginning of their dinner service which means that I had the undivided attention of Medvedev. I was very pleased by the general atmosphere, friendliness of the staff and the veritable feast set before me.
Even though Red Ginger takes reservations, this would be a restaurant worth waiting for.