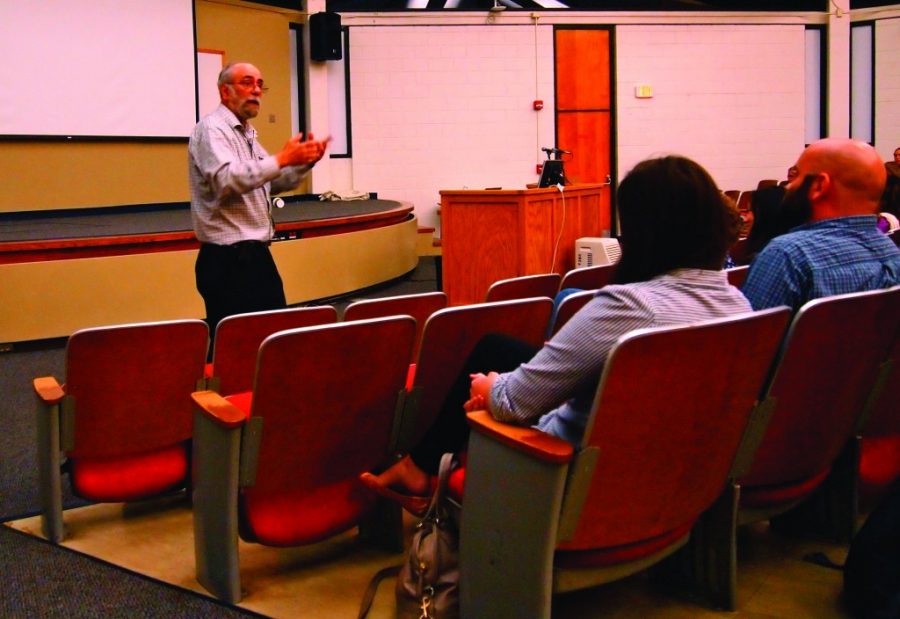 Paul Rozin, expert in psychology of food, spoke at UNCA on Sept. 25 in the Humanities Lecture Hall in a discussion titled "The Psychology of Food: Pleasure and Health, Natural Preference, and the Psychology of the Meal." His discussion included why eating animal fat can make one live longer, and compared a meal to a musical composition.

by: Sheldon Schenck – Staff Writer – [email protected]
A food psychology expert spoke to students and community members about the common misconceptions in our culture regarding healthy living. Paul Rozin, a psychology professor at University of Pennsylvania and an expert in the psychology of food, addressed these concerns in his speech on campus on Sept. 25.
Rozin, with the help of his son, spent the past years researching the underlying issues behind our nation’s problems with obesity.