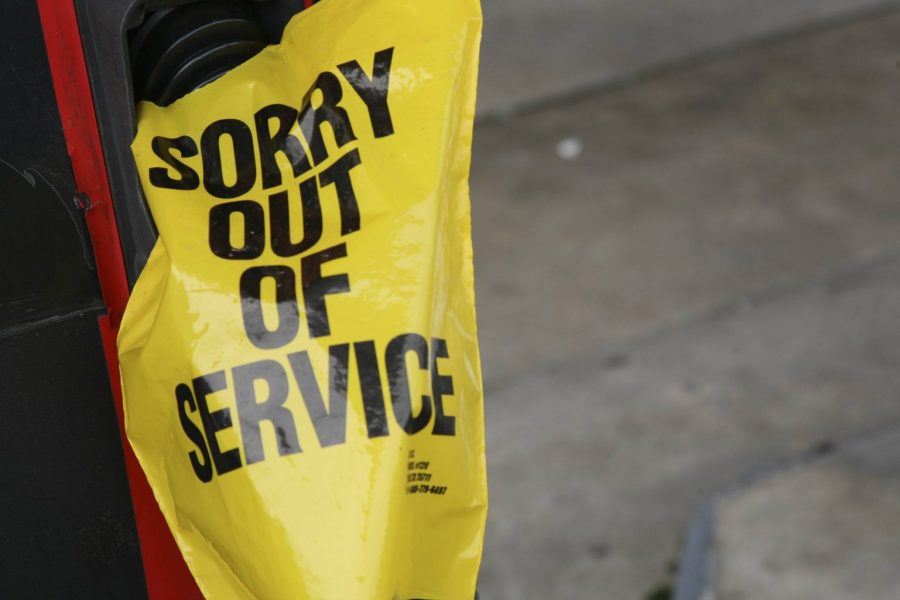 
Mark Monroe
Opinion Staff Writer
[email protected]
After the Colonial Pipeline burst in Alabama, many Asheville residents rushed to the pumps to seize what little was left, with tourists following close behind.
While this temporarily inconvenienced many people living in Asheville, many treated it like a crisis. However, no crisis ever existed.
A solution was set in place as soon as it was announced. It only called on society’s patience as it was repaired, but instead people panicked because they wanted to be “prepared” when they were only adding to the chaos.
Since it occurred around the beginning of fall, one of Asheville’s most popular tourist seasons, there were more than the average amount of weekend vacationers visiting at the time. Due to this, Asheville was busier and more crowded than usual at the time of the leak.
The mountainous terrain of Asheville means tankers have a harder time reaching gas stations on time, which negatively affects rural and urban areas. This gap in the supply chain started to dry up the dwindling gas in Asheville. With the schedule being behind already because of the leak, the gas en route to Asheville took longer than the community’s patience.
All the tourists who came to see the leaves or were visiting for other reasons were instead frantically driving around Asheville alongside its paranoid residents in search of fleeting gas. Traffic jams were abundant as well as impatient motorists grew fed up with the crowded gas stations.
Residents were upset at tourists bogarting the gas and the tourists were upset at the thought of being marooned in Asheville. All these crazed emotions distracted people from the obvious facts at hand —  instead of rationalizing the situation, many chose to go the Darwinian route and look out for themselves.
The selfish nature of people as a result of the gas shortage was only met with more hostility. The accumulating frustration and communal fear morphed Asheville into a scene out of Mad Max with people turning violent against one another to acquire a “scarce” resource that was actually available elsewhere.
According to the independent news organization Mother Jones, the gas shortage led people to violence at the pump because gas stations ran out or placed limits so more could be rationed out. People viewed this as a signal of things only getting worse when in reality, gas stations were just trying to treat every customer fairly in a difficult situation.
This regression to self-preservation stems from people’s paranoia amplified by the media. People defaulted to panic mode and went into an unnecessary survivalist mindset because of the state of emergency declaration.
People wanted to be prepared and not end up on the detrimental end of the situation despite the company responsible for the shortage, Colonial Pipeline, fixing the leak in a matter of days with constant updates on the website.
The automatic acceptance of fear as a result of the shortage triggered a paranoid response within the community. To combat this, people set aside their manners and became aggressive to protect themselves. With everyone looking out for themselves there was nobody to rationalize the clamoring majority, leaving gas stations crowded and people miserable.
The news only added to the overhyped status of the issue. The intense coverage played upon people’s anxiety as a means to bring about actions which only added to the overall frustration already existing within society due to fear mongering.
Because the majority sees the leak as a problem everyone must accept it as a problem. The Colonial Pipeline does have a major impact on gas traveling to North Carolina, however it does not mean people should resort to such extreme measures just because a larger portion of society believes an epidemic is upon them. Instead the community should come together and fix the problem pragmatically before spiraling into chaos.
The irony comes from the sense of embarrassment of those who overreacted and fought to get gas which has since been replenished. Driving past gas stations with no lines or no shortages highlights how easy people can resort to cataclysmic thinking and respond with extreme and unnecessary actions before understanding the facts.
Nobody benefits when everyone acts out of self-interest. All those people who fought and disregarded others merely managed to echo off one another and add to the overall anxiety and irritation, which was only detrimental to the frenzied masses already overloaded with uneasiness.
Asheville handled the gas shortage as expected of any city undergoing a communal inconvenience, with irrational rationality. Buying gas would be the smart thing to do if a real gas drought presented itself and there was proven evidence we would be without it for a few months. The shortage is a temporary problem and its impact should not be treated in the same manner.
Delete Image
Align Left
Align Center
Align Right
Align Left
Align Center
Delete Heading