Florida runner turns to medical field for the future 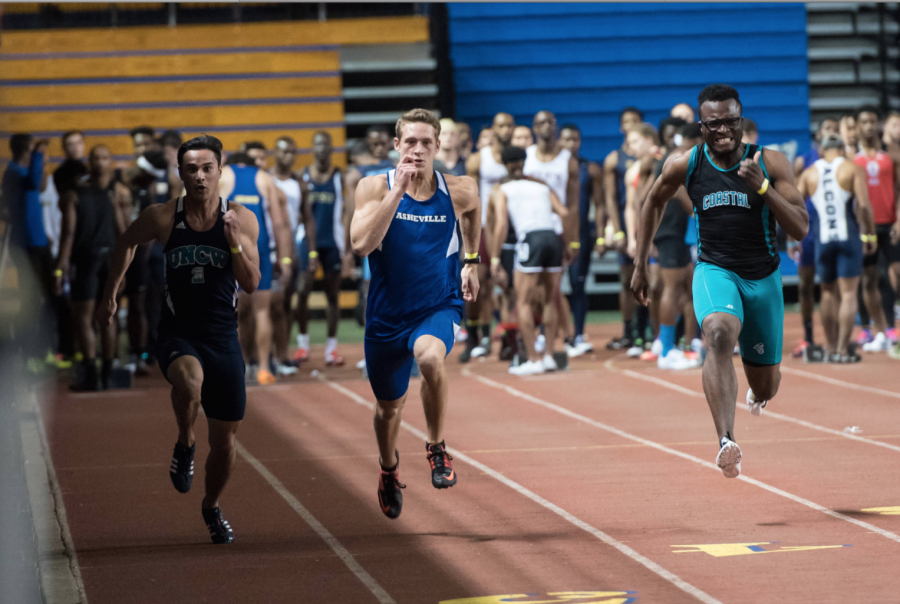 Laura Hoffman
Sports Staff Writer
[email protected]
Hunter Koike, a 20-year-old junior from St. Augustine, Fla., started his career in track and field late and under odd circumstances.
As a freshman in high school, Koike struggled to click with the lacrosse team he was on and what it had to offer him. He wanted something else, but could not put his finger on exactly what. Coincidentally, track and field has the same season and Koike had never tried it before.
Since he was not enjoying the lacrosse team and what it had to offer him, he went out to a track and field practice and fell in love.
“I like to run, I guess,” said the health and wellness student.
The coaches were impressed with his talent and prompted him to start training over the summer to build on what he already had.
“I stuck with it, did summer training and stuff like that,” said Koike. “It was kind of a weird transition.”

It payed off to stick with track and field for Koike. He ended up becoming an all-conference award winner in his first year of running for his school.
With the hopes of being recruited by a university, Koike received an invitation from UNCA to join the team. Now a junior on campus, Koike thinks of his future.
Koike aspires to take his interest in the medical field to graduate school.
Koike said his father dreamed of being a physician’s assistant (PA), but it never came to fruition. Now, Koike said he is going to follow in his father’s footsteps and fulfill what his father never did.
“He was an army medic for awhile and he could not do that forever,” said Koike. “He was going to become a PA, but he never actually did.”
With his mind set on being a physician’s assistant, Koike hopes for the best when it comes time to look for graduate schools.
“I really want to go medical,” said Koike. “I’m not sure where I want to specialize, probably in nutrition or sports science.”
Staying in North Carolina is a priority for Koike. Currently, large medical universities like Duke University, East Carolina University and UNC Chapel Hill are all possibilities for possible graduate schools.
“Duke would be amazing,” said Koike. “They kind of created the whole PA program — pretty prestigious.”