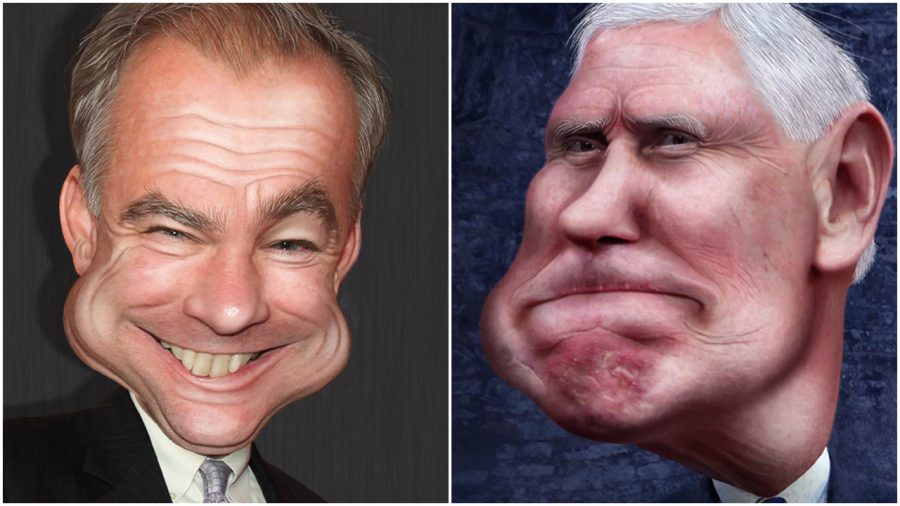 After the vice presidential debate, Ella White, a senior biology student, said she has doubts about the qualifications of both Virginia Sen. Tim Kaine and Indiana Gov. Mike Pence.
“I don’t think that either of them are strong enough to handle the top position if it came down to it,” White said. “Neither of them really took a stance on anything. They just sat and defended their primary candidate.”
When asked by the debate moderator about their qualifications to potentially fulfill the role of president, both nominees referenced their experience in government.
Kaine, the Democratic vice presidential nominee, served in multiple public offices since 1994, including mayor, lieutenant governor, governor and senator.
Pence, the Republican vice presidential nominee, held positions in public office since 2000 when he was elected as a member of Congress, representing Indiana’s second and sixth congressional districts. He was elected governor of Indiana in 2012.
Throughout the debate, both vice presidential nominees defended their candidate and attacked the other. In his opening remark, Kaine expressed his concern regarding a Trump presidency.
“We have a son deployed overseas in the Marine Corps right now. We trust Hillary Clinton as president and commander-in-chief, but the thought of Donald Trump as commander-in-chief scares us to death,” Kaine said.
White agrees with Kaine’s statement.
“Trump is going to go in there and he’s going to piss people off and he’s going to set up a situation to where they’re reacting from an emotional state instead of a logical one,” White said. “So there’s no room for compromise or respect with him, whereas Hillary can be respectful. She was Secretary of State. She’s got a lot of experience in foreign policy.”
Kaine next asked whether Pence would defend Trump’s 1995 tax returns recently published by the New York Times. The tax returns showed over $900 million in losses that may have allowed him to avoid paying federal income taxes for up to 18 years.
“Absolutely I will,” Pence said.
Pence said Trump followed the tax code as it should be used and that he did it brilliantly.
Robert Rynard, a sophomore accounting student from Mooresville, said the defense of Trump’s avoidance to pay federal income tax comes from a place of privilege.
“We actually talked about his tax returns in my class. There was nothing wrong with what he did from a legal standpoint. But from a business standpoint, it’s very poor business,” Rynard said. “He wasn’t doing well one year and then benefitted from that. It’s really something that only privileged people can do. Lower income families don’t have the resources to do that.”
The debate moderator brought up a topic that was touched on in the first presidential debate, police shootings and community relations with the police. Kaine took the question in a new direction by saying background checks could lower overall gun violence in the long run.
“We can support the Second Amendment and do things like background record checks that will make us safer and that will make police safer, too,” Kaine said.
White agrees with Kaine.
“I do not think that our gun policy is reasonable,” White said. “I understand the Second Amendment, but there should be extensive background checks and there should be a limit to the number and type of guns that people are allowed to own.”
Throughout the election, Trump and Pence have complimented the leadership of Vladimir Putin, the president of Russia. Clinton has criticized this support, suggesting Trump’s relationship with Putin is unpatriotic and represents a national threat.
Rynard said the Democratic presidential nominee is stoking the fears of an older generation.
“Bringing that up is a fear tactic because older people are still in that mindset of when the Cold War was happening,” Rynard said. “They think, ‘Russians are bad, Americans are good,’ and I think that’s just a fear tactic.”
Rynard said this election brings out extreme partisanship in people and being more moderate is more conducive to progress.
“Any too far left or too far right is not a good environment for change,” Rynard said. “I think compromise is necessary communication and I think anyone too far either way is too cemented in their ideals to ever really promote change.”
Mary Bolch, a junior creative writing student, said she is not impressed by any of the nominees and that she is ready for the election to be over.
“I wish Bernie Sanders was still a candidate,” Bolch said. “I feel like most of us on this campus are on the same page, which is really nice.”