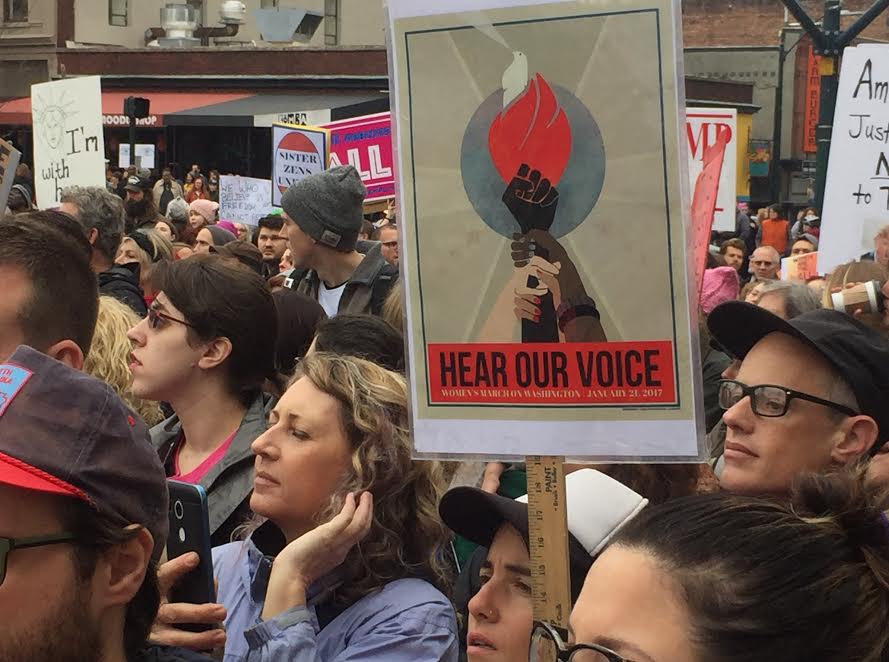 Catherine Pigg
Opinion Writer
[email protected]
Millions of protesters worldwide took part in the Women’s March to speak out against a Trump presidency. Reasons for marching varied from reproductive rights, climate change, LGBTQ+ rights, immigration and more. The widespread popularity of this protest brought hope to many, but there is still more activism necessary to truly fight a Trump presidency backed by a Republican Congress.
Call those in office when they propose policies which are unjust. Save the numbers of local officials, senators and governors so calling them will be easily available. Write them letters and emails of protest and continue to keep an active voice against those policies. Also be sure to share news stories from credible sources which reveal injustices within the government on social media.
Continue to go to protests throughout the next four years when an issue does arise. Stand in solidarity with those who may be unfairly targeted under President Trump’s administration. Listen to the voices of those targeted and be respectful of their safe spaces.
Volunteer or donate to organizations who promised to fight against unjust policies proposed by President Trump is a step in further activism. Doing research on various organizations and seeing where exactly the money donated goes toward within their organization is also beneficial.
Planned Parenthood and The Center For Reproductive Rights would serve as an examples of where to donate for an individual who wants to support reproductive rights and women’s health care.
Both Natural Resource Defense Council and GreenPeace advocate for more awareness on climate change. They both plan to fight against Trump’s anti-environment agenda for the next four years. GreenPeace protested Trump’s policy by renting a crane and hanging a photo stating “RESIST” within seeing distance from the White House.
The National Immigration Law Center serves as another organization which benefits from donations. They work to defend the rights of low income immigrants and work on legal status for immigrant youth as well as health care.
The Human Rights Campaign reports to be the largest network for the civil rights of the LGBTQ+ community within the US. They work to achieve equality for the whole community.
Multiple forms of activism and opportunities to stand up for what is right exist. Consistency with being vocal against corruption and inequity is crucial these next four years as President Trump has already begun signing executive orders which will have negative impacts both nationally and globally.