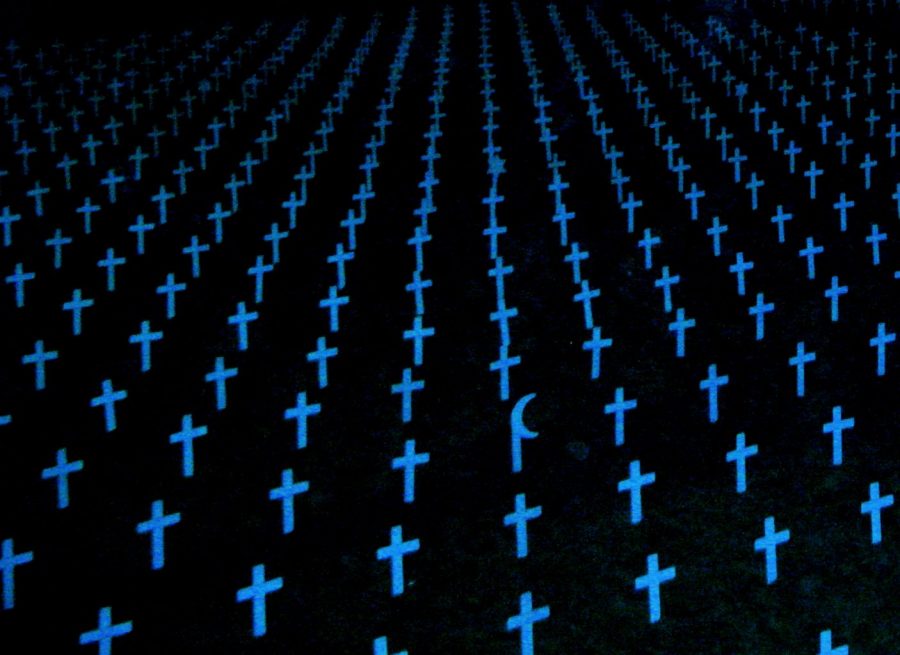 Cody Jones
Opinion Staff Writer
[email protected]
The unwinnable war on terror creates fear, justifies disproportionate, ineffective domestic and foreign policies and wastes trillions of dollars.
Nationals of the seven countries which President Trump tried to impose travel restrictions on have killed zero people in terrorist attacks on U.S. soil between 1975 and 2015, reports Alex Nowrasteh, an immigration policy analyst at the Cato Institute.
Trump signed the executive order — which courts have already blocked — under the pretense of ensuring national security by protecting Americans from terrorists. We are not in any more danger of being killed in a terrorist attack than we are of our furniture crushing us to death.
Americans are incredibly fearful about a problem that does not pose a significant threat.
In 2016, the Pew Research Center reported the economy and terrorism were the top two issues for voters— 84 percent and 80 percent respectively. In 2008, those percentages were 87 and 68. Americans are now less concerned about the economy and more concerned about terrorism.
Numbers from The Centers for Disease Control and Prevention and the U.S. State Department lay out a sharp contrast. For every American killed by an act of terror domestically or abroad in 2014, more than 1,049 died because of guns. The trend of gun-related deaths steadily rose since 2001 while the number of deaths by acts of terror plateaued.
The military drone program, which was first used under former President George W. Bush and then expanded under former President Obama, has been used in at least six countries.
Our use of drones helps with the recruitment of people willing to commit acts of terror. The Islamic State group is the latest terrorist organization to take advantage of fearful communities after civilians are killed, sometimes intentionally, by our bombs. We have targeted funerals, weddings and hospitals in Afghanistan and Pakistan.
The U.S.-backed, Saudi-led war in Yemen — one of the countries included in Trump’s executive order — resulted in widespread famine after farms and agricultural facilities were bombed.
Yemeni cancer patients are unable to receive treatment due to shortages. The situation is worsened by the fact humanitarian groups are effectively crippled in conflict zones; they cannot provide aid to those who need it most.
We export terror to these countries, import fear into our own and then have the audacity to deny asylum to the refugees we helped create.
After 15 and a half years of the war on terror, there are now reports the Department of Defense may propose the U.S. send ground troops into northern Syria. There is no end in sight.