President Trump’s xenophobic rhetoric normalizes bigotry in the US 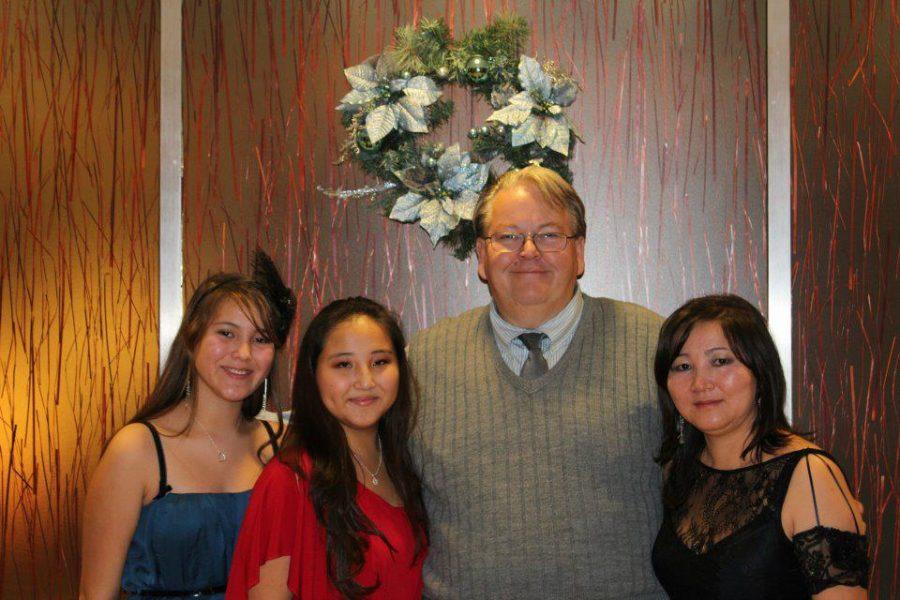 Catherine Pigg
Opinion Writer
[email protected]
The U.S. is made up of immigrants; nearly everyone in the U.S. has a relative or ancestor who immigrated to this country. Even President Trump’s grandfather was a German immigrant named Friedrich Trump who came to the U.S. on the SS Eider in 1885. Trump’s mother was also an immigrant from Scotland, who boarded the SS Transylvania in 1929.
Yet despite his close ancestry, President Trump pushes to limit the amount of immigrants who enter the U.S. To do so is simply un-American and hazardous to families of immigrants and those who seek refuge in this country. Xenophobia has always been an underlying issue within the U.S., but now it is becoming normalized because of President Trump’s declamation.
His xenophobic rhetoric is used by several of his supporters who verbally or even physically assault anyone who does not fit their narrow mold of what they believe an American should look or sound like. A rise in hate crimes against Muslims, Jews, Latinx individuals and even the Asian community has taken place since President Trump’s election.
My own family even faces a few of the negative repercussions of his rhetoric. My mom moved to the U.S. from Mongolia after marrying my dad, who is a natural born citizen of the U.S. She became a U.S. citizen along with my sister after moving here while I was born in this country.
I will state we all have the privilege of being legal citizens, something not every family with immigrants is fortunate enough to say. And even though I am biracial, I do benefit from white privilege because I am not as targeted as my mom or my sister when it comes to xenophobia.
Despite my mom being a legal citizen, some people continue to question the validity of her citizenship and this only increased since this past election. My mom and sister are not strangers to bigotry and xenophobia. It has been a part of their struggle since living in the U.S. However, recently there has been a noticeable rise in how many outspoken xenophobic strangers they meet.
My mom often struggled to obtain a job, despite having a Master’s degree in agriculture. One of the biggest critiques of why she was not hired is because of her accent. Despite being able to speak multiple languages, her accent was seen as a hinderance for multiple jobs. Many can easily disregard or overlook this, stating it is just a company preference, but it is hard to understand why an accent would be the defining factor for a job especially since she can speak English fluently.
President Trump often states his belief businesses should not be hindered and should be allowed to choose who they can or cannot hire for any reason. Although we do have some laws protecting against job discrimination, an understandable fear of many minorities is President Trump’s administration could derail some of those protections. Without these laws, minorities, my family included, face the worry of losing jobs simply because of racism or xenophobia.
Another issue popping up on social media throughout the country since his election is people getting harassed in public for speaking in a language other than English. Videos stream filled with angry xenophobes yelling at the victims to go back to their country or telling them to speak only in English because they are in America, even though the U.S. does not actually have an official  national language.
This issue definitely hits home, as my mom often speaks to friends and family in Mongolian. There have been a few times where someone felt the need to criticize her for speaking a foreign language in public or for simply speaking English with an accent.
This particular issue always played a part in my family’s life and our dynamic. In elementary school, my sister’s teacher told my mom she needed to stop speaking Mongolian at home so my sister and I could learn English and fit in better. This negatively impacted my sister and I growing up because neither of us can speak fluent Mongolian. Consequently we lost a piece of our culture as well as our identity.
Many have even assumed my mom married my dad purely for monetary gain or citizenship. Some went as far as calling her a gold digger or even a mail-order bride, simply because of problematic stereotypes stemming from xenophobia and bigotry. My mom actually made more money than my dad when they met in Mongolia and held a higher working position than him.
The topic of xenophobia within the U.S. can be very complex and multifaceted because not every minority faces the same prejudices and hardships, although many can be similar. Shining light on this issue is definitely a step in the right direction, but also calling it out within our communities, our legislation and ourselves is one of the best courses of action to take.
The next four years will be hazardous to many families with immigrants, especially for those who are not fortunate enough to have citizenship or are being targeted for their religious beliefs. Americans must be willing to welcome immigrants and make the path to citizenship easier because the U.S. is stronger together, not divided.