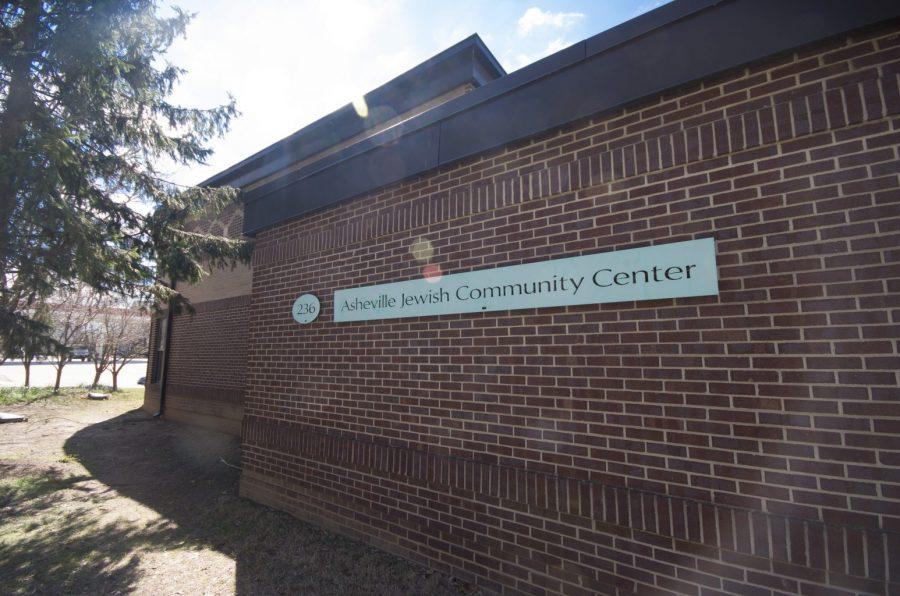 Sarah Shadburne
Arts & Features Writer
[email protected]
Bomb threats at the Asheville Jewish Community Center have left students spooked. However, for 19-year-old UNC Asheville student Hannah Katz, her fear mingled with outrage.
“It’s pretty scary on my end,” Katz said. “Luckily I don’t work there anymore, but could you imagine? I went to summer camp there.”
The Asheville JCC received bomb threats Feb. 27 which forced its occupants to evacuate. The act follows an upward trend of anti-Semitic incidents and assaults on the rise over the last two years. More than 140 bomb threats were phoned or emailed to 110 Jewish gathering places across the country since January, reports the Anti-Defamation League.
Katz, an environmental science student describes herself as heavily involved with the JCC, working for four years as a summer camp counselor and also participating in after-school child care programs.
“A lot of people like to think that after the Holocaust there’s no more anti-Semitism,” Katz said. “Because we liberated the camps, Hitler killed himself, like it’s gone. But it’s so rampant.”


White supremacist groups made conscious recruitment efforts on college campuses across the country, according to the Anti-Defamation League, with 104 instances of flyering on campuses since the beginning of the 2016 fall semester.
“The attacks are very political. I blame Trump,” Katz said. “We’ve had a lot of instances of defacement of synagogues and Jewish cemeteries. We never thought this was going to happen, but part of me knew this was going to happen.”
In the months preceding the election, at least 800 Jewish journalists on Twitter were harassed with anti-Semitic tweets, with the top 10 most targeted journalists receiving 83 percent of such tweets, the Anti-Defamation League reports.
“It’s scary because all of my closest friends, my boss and my best friend’s mom work there,” Katz said. “It’s even worse that people are blaming Muslim people, since that’s been the most support we’ve gotten from another group.”
The American Jewish Committee and the Islamic Society of America recently formed the Muslim-Jewish Advisory Council, an inter-religious advocacy group dedicated to religious freedom and pluralism, according to their mission statement.
Katz connected the upsurge in anti-Semitism to the heightened condemnation of other racial and religious groups, such as the Black Lives Matter movement and the fight against the Dakota Access Pipeline.
Katz described being involved with the JCC since childhood and being exposed to anti-Semitism from a young age.
“Imagine being 12 and not really knowing what your religion is in general and then having people hate you,” Katz said. “It’s oppression, but a different kind. It’s not as obvious as being racist.”
Gabby Feinstein, a 22-year-old psychology and neuroscience student and summer camp counselor at the Raleigh JCC shared her experience with anti-Semitism.
“We’ve had some instances in the past,” Feinstein said. “People drive by and shout slurs, or on a trip we had some teenagers throw rocks at our JCC bus.”

As a camp counselor, a large part of the work Feinstein must do lies in making the campers feel emotionally supported and keeping an open dialogue with their parents.
“It’s the first time I’ve experienced direct prejudice toward my identity,” Feinstein said. “I was very shocked to see that happen in such a progressive community.”
Liz Segal, a 20-year-old anthropology and international studies student from Greensboro, describes how being brought up in a Jewish community sheltered her to a certain extent.
“It was eye-opening to the anti-Semitism that seems to be increasing in our country ever since Trump started his campaign,” Segal said. “I always knew there was anti-Semitism still in existence, but I hadn’t encountered it as much as I have in the past year ever.”
The impact of the presidential campaign has been monitored by the Southern Poverty Law Center as a phenomenon called “The Trump Effect,” in which teachers noted an increase in uncivil discourse from emboldened students to students of races, religions and nationalities targeted on the campaign trail.
“Recent events, not even just in Asheville but all over the country are really scary,” Segal said. “Unless you’re a white, Christian, heterosexual, able-bodied male, there’s going to be hate crimes apparently.”

Segal calls for the recognition of the reality of anti-Semitism, especially due to the emphasis on Holocaust education in public schools.
“I know a lot of people who think that just because there’s a lot of successful Jews that it’s not a problem anymore,” Segal said. “And that is obviously not true.”
Feinstein would like to see solidarity from the surrounding community as well as officials opening up a conversation about anti-Semitism in order to put her relatively at ease.
“With the JCCs being targeted, it’s only a small percentage of the problems going on today and it’s just indicative of how much we need to be unified,” Feinstein said.