America vs. Denmark: Religion and Death 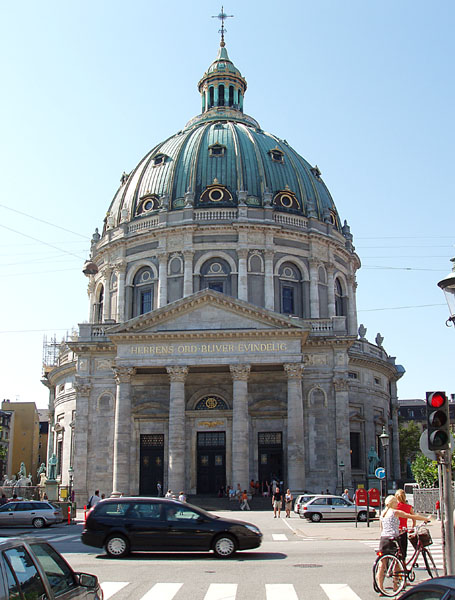 Amalie Davidsen
Opinion Writer
[email protected]
I am sure a majority of people on this Earth know the feeling of losing a loved one.
The only guarantee life brings is the certainty of death. Sometimes death is not fair, some live a long and fortunate life while others see themselves as miserable until the day they die.
Some people believe in heaven, some do not. Some believe in karma-samsara, some do not. Some believe in hell, some do not. No matter what you believe you will have the same fate as everyone else — it is just a matter of where that is going to be.
A few years ago I was sitting in the middle of the backseat in my parent’s car. I observed raindrops racing across the windows, going as fast as the speed of the car, while trying to get comfortable between my brother and my slightly overweight cousin. It was a cold afternoon in fall, the trees were naked and the leaves were dancing along with the cold wind.
After a couple of hours driving we pulled up onto a ship, which would take us to a small Danish island called Sejerø.
I went to the deck of the ship; I clearly remember the strength of the wind beating against my face while I observed the motions of the water around the ship.
Approaching the island, the wind gradually eased up and birds were flying in circles around the ship. I observed how family members on the ground were waving at us as we got closer to land — some of whom I had not seen in years.
Sejerø is where my grandfather settled down after divorcing my grandmother to find peace and quiet, as the island is isolated from the rest of the country.
My grandfather was a hard-working man his whole life, raising four sons in a suburb on the outskirts of Copenhagen. As a young adult he was a sailor and worked on big ships. Later he became a baker and worked all night for many years.
After retiring, my granddad traveled a lot, all over Europe and to Australia and New Zealand, but when he reached his late 70s and early 80s he isolated himself on the small island.
I do not think I had seen him for over a year when we went to a small hospital at the mainland, which they had sent him to. He was basically a skeleton, and I could not recognize him, and he could not recognize me. He had starved himself for months looking like an anorexic who walked on his last breath.
A couple of weeks later I was standing above him as he lay in a place that should be his home until the day he would die, and that happened, too, nobody was realizing that would be after less than a week. But that was his choice.
He refused to have a funeral at a church or have any religious ceremony when buried next to his son or to have religious hymns sung for him. Even though the rest of the family did not like it, my father chose to have a pastor having the small ceremony, arguing it would not hurt his journey to his final destination.
In Denmark, it is not unique to opt out of religion, even on your deathbed. People choose to live completely outside of the church, and according to Kristeligt Dagblad, a Danish study, less than 21 percent believe religion is important in the everyday life. Though it is normal to get baptized, confirmed and married in the Christian faith and most people celebrate Easter and Christmas every year, it is a cultural, not religious, thing, which is why Danish people refer to themselves as “culture Christians.” A majority of the young people who get confirmed do it for the presents and the following party, not to praise their Christianity.
The old and beautiful Danish churches stand almost empty at Sunday worships and are only filled up on a few special dates. The majority of Danish people simply do not believe in God or religion and the practice thereof.
My first week in the South of the U.S. was overwhelming. The landscape, the roads and the climate were very different from what I was used to. Though what struck me the most was the large amount of churches in the areas I came across: Methodist, Catholic, Presbyterian and Bible churches were visible all over and made me realize I would quickly become a minority regarding religion throughout my journey in America.
Before coming to America I had never been to Sunday worship. I only had atheist or Muslim friends, and I would never believe some of my closest relationships would be with strong Christian people.
I quickly learned people are fairly similar all over the world and it is important to respect all people despite their beliefs or disbeliefs.
Personally, it just took me a while, but I realized I was only feeding off my own ignorance by isolating myself from people of faith because only the thought scared me. You cannot judge what you do not understand, and you should always make an effort to educate yourself and engage in subjects and meet people who are foreign to you, no matter how far away that is from your comfort zone.
After all, we are all born to die. People are similar despite religious beliefs or disbeliefs. People need each other — with and without religion. It is just a matter of embracing the differences in this world. You can stick to your beliefs without disrespecting others.