Sewing is a passion and a job for the Nickerson sisters 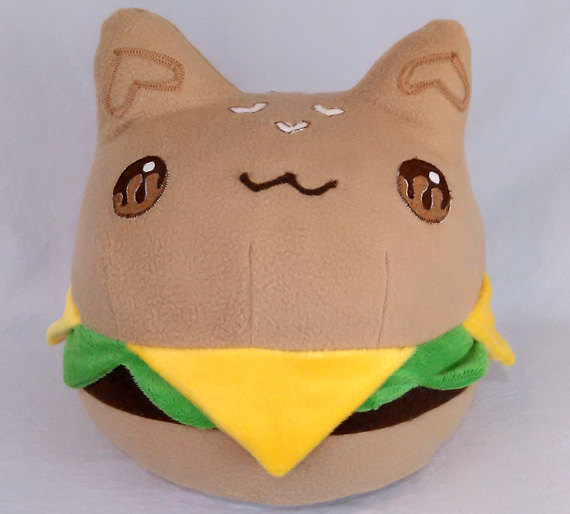 
A shared passion for sewing unravelled a new realm of possibilities for sisters and business partners, Bailey and Tivoli Nickerson.
Bailey first learned to sew as a crafting hobby when she was young. She began making small figures and animals from felt, and used to give these little projects as gifts to her younger cousins.
“Then I ended up getting a sewing machine — like a little, tiny, junky one that you can get for 30 or 40 bucks. It was really cute before itdied,” Bailey said. “We killed it,” she added with a laugh.
A few years later, Bailey began her own sewing business, Candy Capsule, with her younger sister Tivoli. The plushy business began at the Nickersons’ house, where they have their own sewing room. The sisters would take their finished products to the Old Depot in Black Mountain and sell them there, but the plushies didn’t catch on too quickly.

The Old Depot in Black Mountain is a non-profit and volunteer organization where the two first began selling their creations. Bailey said it is a good starting place for new artists, but their art style did not pick up much traction.
They soon changed venues and began selling their crafts at local conventions and took commissions through their Etsy and DeviantArt pages. This audience was much more receptive to the sisters’ designs. Bailey said the change was refreshing.
“I got to sell more closely with my target market. With Black Mountain, you wouldn’t think there would be such a difference, but there definitely is. The people strolling on into Black Mountain,
North Carolina are looking for a very different thing than monsters covered in icing and sprinkles,” Bailey said.
Beyond their small business, Bailey and Tivoli also work as

seamstresses at a local uniform company. Bailey said she and her sister get along very well. The two have always worked together, but Bailey said it never feels exhausting.
The Nickerson sisters primarily create plushies, focusing on making them cute and colorful. The two created a series of iconic cat and food themed plushies— the most popular being a cat and cheeseburger hybrid. Bailey said each piece is an art doll.
“My sister and I like a lot of the same sorts of things, so collaborating on designs is always a smooth process. I’ve always been inspired by all of the cartoons that we grew up with,” Tivoli said.
Tivoli said her favorite part of the process is brainstorming. She said it is fun to imagine all of the possibilities and she and her sister are never short on ideas.
Bailey and Tivoli have different roles in creating their products. Bailey heads the sewing and basic design while Tivoli focuses more on graphics and refining the character design.
“We spend so much time, my sister and I, making these things, that it’s basically what they are — it’s just art,” Bailey said.
A typical order will come to the sisters as a collection of references for a specific plushy. Bailey recalls getting a request for a robot named Juju with cat ears, big orange buttons and a gorilla-esque stance. Bailey said she prefers these unique, individual projects.
“That wouldn’t have existed unless someone went and found someone to make it for them. It makes me feel so happy to make something special for somebody that they care about,” Bailey said.

Bonnie Allison, a friend of Bailey’s, has a couple plushies by the Nickerson sisters. One is of Zubat from Pokémon.
“I love them! Her original designs are very cute and creative,” Allison said.
The Nickerson sisters’ creativity does not end with plushies. They have also made Bulbasaur Pokémon backpacks to sell at their stands. The two even designed a dress for Bailey to wear at Dragon Con in Atlanta.
Bailey’s next big project revolves around designing her own costumes for this year’s Dragon Con. One will be a kigurumi (the Japanese equivalent of a onesie) inspired by the Pokemon character Spyro, while another will be themed after the Japanese Rilakkuma bear character. She draws most of her inspiration from Japanese mascots and American ‘geek’ culture.
Bailey said her dream would be to have her own sewing shop.
“I’ve always wanted to have a little, specialty gift shop. Even if I couldn’t fill the whole place with my things I’d just have a curated spot for all of the things that this particular group of people and I like and just cater to them,” Bailey said.
Delete Image
Align Left
Align Center
Align Right
Align Left
Align Center
Delete Heading