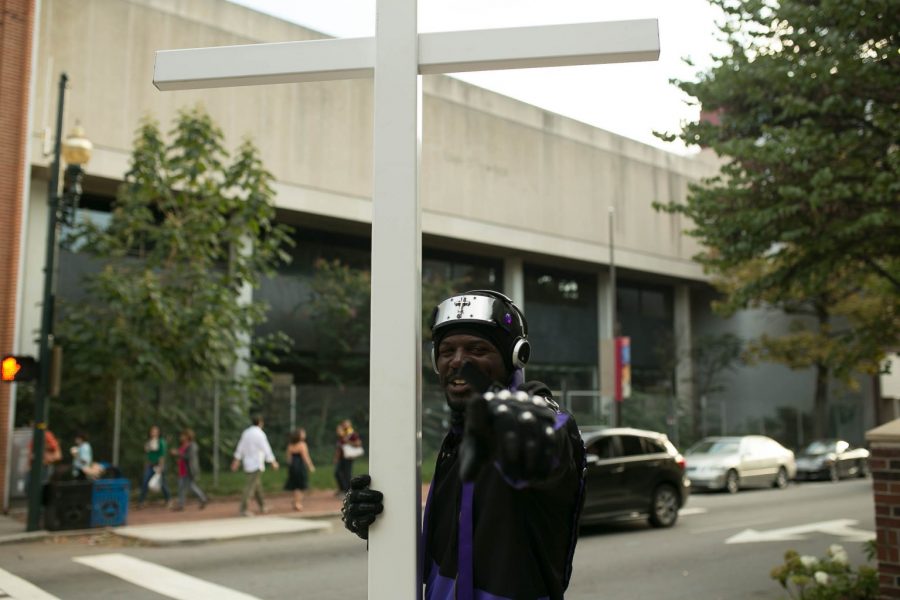 
So, how would you describe your style?
“My attempt to be as feminine as possible. I don’t really know. Today was dress casually. Some other days I usually try to go for more goth chic, like ‘80s casual goth chic.”
Do you have a life motto that you live by?
“Not really. Other than, I guess, ‘Just go for it.’ Live how you want to actually live.”
Yeah.
“Just pursue your own thing.”
Yeah, that’s good. So, what inspires you creatively, would you say?
“Very random stuff, mostly, mainly nature things. I do art stuff like this, so like bugs, mantises and stuff like that.”
Nice. That’s awesome.
“That’s what I do.”
What got you interested in art?
“Just the impulse. I don’t know. I felt like doing it one day. I read a bunch of books on it and then I just decided to just do it.”
Yeah. That’s cool. So, what’s one thing you like about Asheville and dislike about Asheville?
“I like that it’s a very openly queer place. They have a great program which is for trans people because I’m a trans woman and one bad thing is I guess the inevitable, encroaching gentrification.”
That’s true. So, yeah, if you were to say one thing that inspires you from day-to-day, what would you say?
“That other people have lived my life and, you know, prosper and you know, have lived fulfilling lives regardless of bullshit or prejudice, challenges like poverty and so forth.”

Brandeon Tridell Miller, 32, speaker of the word of God, originally from Jacksonville, Florida
So tell me about why you’re out here today.
“Why I’m out here today? I just want people to know that Jesus loves them, that no matter if they believe in him or not, his arms are open wide and he still gave his life so that they may be saved and receive salvation.”