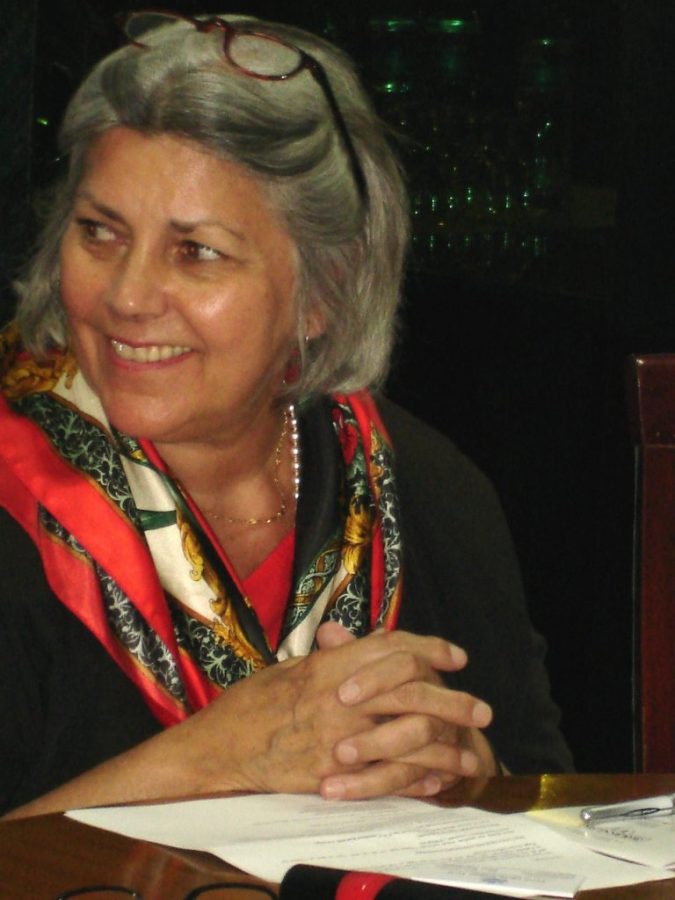 
By Savanah Seevers
Contributor
[email protected]
Emmy-winning journalist and Asheville native Elizabeth Colton used President Trump’s U.N. speech as a tool to talk about diplomacy and the politics of foreign policy during her lecture on Sept. 19.
George Peery, director of the World Affairs Council of Western North Carolina, said Colton’s lecture Conflicting Headlines: The Politics of Foreign Policy & Diplomacy in the News had a record-breaking attendance.
“We had a grand total of 184 in attendance, a new record,” Peery said.
Colton, a diplomat and foreign service officer among other occupations, said she wants to help people comprehend the news through understanding the subtle language of diplomacy.
“What I’m interested in is how to understand and to help people to understand the news, and not to see it as black or white,” Colton said. “And to understand the nuance of the words of diplomacy, even if they’re tough words like the president today. That’s still diplomacy.”
Colton said Trump’s statements on North Korea, though aggressive, demonstrated diplomacy.
“In the case of North Korea, his statements, as have been described, are very bellicose,” Colton said. “I would argue that it’s not, not diplomatic. It’s part of very, very strong diplomatic talk when a situation looks like it’s gotten out of control.”
Colton said defense is also a part of diplomacy at all times.
“All along the way, diplomacy is defense, and defense is behind diplomacy, whether you’re in peacetime or wartime,” Colton said.
Jane Callis, board member of the Leadership Asheville Forum, said U.S. foreign policy needs refinement.
“I think things could be improved,” Callis said. “Since I have a daughter in Afghanistan, I’m kind of interested as to what we’re going to do there. I’m a little uneasy about Trump.”
Colton said foreign policy is an ongoing debate which ultimately evolves into strategy, while diplomacy acts as a tool for peacekeeping.
“Foreign policy is a discussion of ideas that ultimately lead, at different times, to a particular position that becomes the strategy for the particular U.S. administration,” Colton said. “Diplomacy is an instrument, or a means, or a tool for keeping peace and not leading into war.”
Early in her lecture, Colton said the content would be non-partisan. Her experience working as an anthropologist and journalist allowed her to speak objectively about Trump’s U.N. speech.
“As a newsperson, my job was to try to tell the story, and I wasn’t giving commentary, so I always looked at it that way. Also, my training as an anthropologist (helped). The goal was to be what they call a participant observer,” Colton said. “I participated in the culture but I was always an analytical observer.”
Delete Image
Align Left
Align Center
Align Right
Align Left
Align Center
Delete Heading