Our nation, our guns and saving us from ourselves 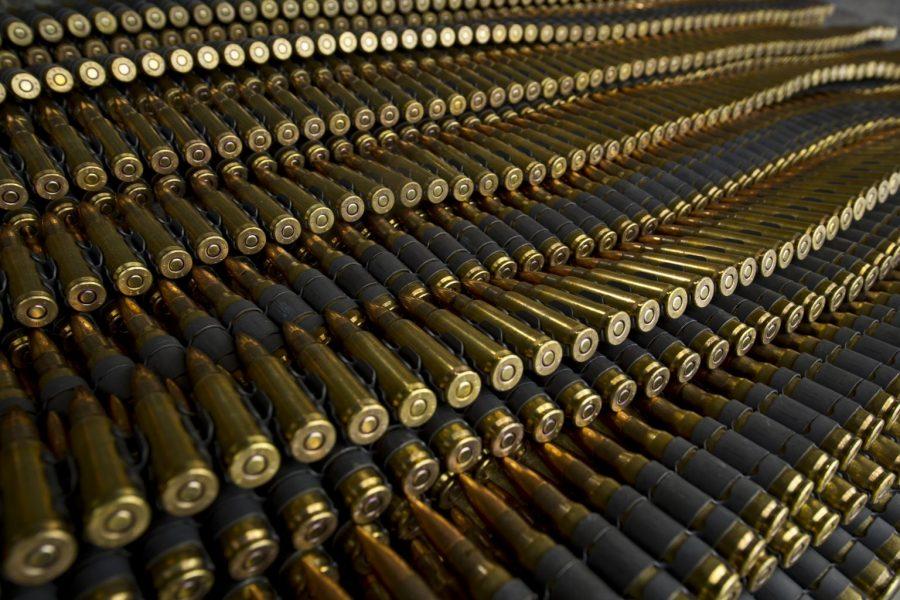 Belts of 7.62 mm ammunition are prepared for distribution to international competitors before an international machine gun shooting match at the 2012 Australian Army Skill at Arms Meeting (AASAM) in Puckapunyal, Australia, May 9, 2012. AASAM was an international marksmanship competition that included 16 countries. (U.S. Air Force photo by Tech. Sgt. Michael Holzworth/Released)

It seems the United States is in a perpetual state of grief or recovery as a result of its exceeding frequency of gun violence. Accustomed to images of overnight memorials with teddy bears, silk flowers and photos of victims happily unaware their lives will be unjustly ended, many question how these atrocities can be prevented.
The solutions seem so easy — stricter laws and more gun bans.
Many valid arguments and realities keep firearms safely in the warm hands of their enthusiasts. Stricter laws or bans face such an enormous amount of opposition, the odds of such legislations passing are poor. Written in the U.S. Constitution is the phrase that continues to spark debate over its intent and modern relevance.
The Second Amendment states, “A well regulated Militia, being necessary to the security of a free State, the right of the people to keep and bear Arms, shall not be infringed.”
These words have led our country to a seemingly irrevocable, gun-saturated condition and are the grounds on which gun advocacy groups such as the National Rifle Association have two feet to stand. The NRA and like groups have a huge number of supporters — not to mention a whole bunch of money. Many who have a demonstrative bond with their firearms also invest quite a bit of time and protest into the love affair, and would do anything for its continued well-being, like butter-up the federal government.
According to a report posted by PBS, groups that support gun rights more than doubled the cash contributions toward independent and direct federal campaigns than of those gunning for firearm control in 2014.
And if nearly $31 million toward pro-gun campaign efforts was not enough, trigger-happy lobbyists chipped in another $9 million that year — more than 10 times that of gun control federal lobbying endeavors.
Let’s say that a gun ban was passed in the U.S. requiring everyone to turn in their firearms. If it does not initiate a civil war, accounting for all the registered firearms would prove a gargantuan undertaking.
There are an estimated 310 million privately owned firearms in the U.S., according to the Pew Research Center.
This figure is not necessarily representative of illegal ownership of unregistered guns.
Do we believe those who possess said illegal firearms would give up such an asset in the midst of opportunity for sudden power? Recovering all guns from the clutch of unsavory users quite frankly is an unattainable goal in the U.S.
The famous saying, “If guns are outlawed, only outlaws will have guns” has logic and a healthy level of fear behind it.
Could this notion, however, carry weight for the U.S. simply because of our fixation with guns in the media and our homes rather than standing on real truth?
In the U.S., guns are portrayed as typical and even natural fixtures in nearly every corner of media.
In countries where private ownership is very strictly regulated and therefore considerably less common, gun crime presents at a fraction of that of the U.S.
Civilians in Japan are not permitted to possess firearms of any kind “without specific approval,” according to gunpolicy.org. Because of this, the legal and illegal civilian possession of firearms is estimated at a mere 710,000, compared to over 300 million in the U.S., topping gun-related deaths at zero per 100,000 people in 2014. Similar statistics are representative of stringent firearm policies in Iceland, South Korea and Portugal.
These countries prove heavy gun control can be effective when properly implemented.
While firearms and military grade weapons exist in the world, it is crucial that countries with tight gun control are still able to protect themselves from foreign attack. Similarly, to entirely eliminate gun crime, we would need a world completely free of guns.
In the U.S. and other firearm-infested countries, people have glamorized guns and become so obsessed with the power they give us, we have come to need them to protect us from ourselves.
At this point, to live without guns would be inhuman.
And so, we are cast into a self-inflicted paradox of international gun-dependency not foreseeably curable.