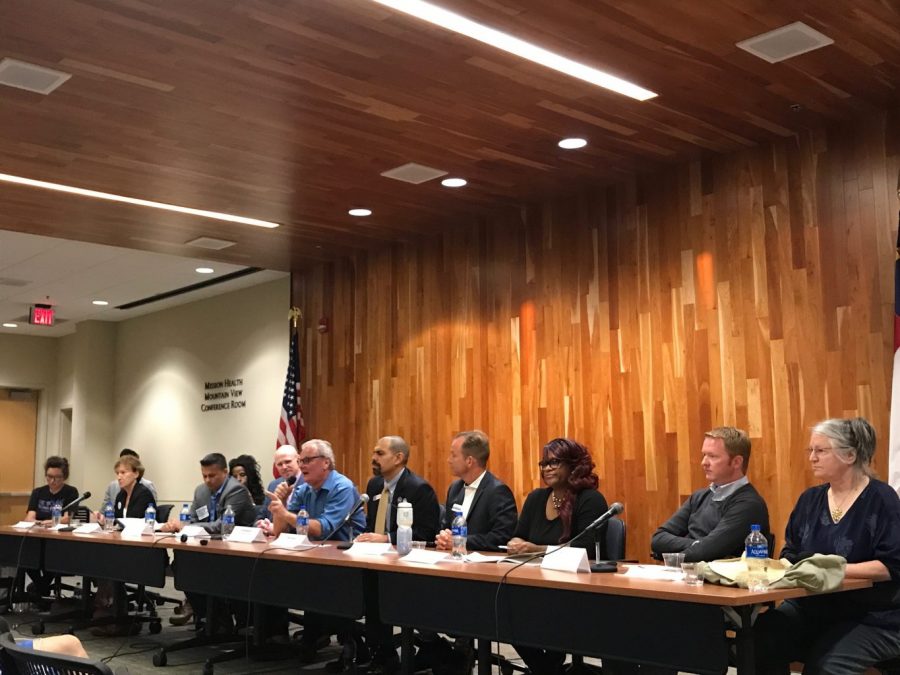 By Peyton Sheehan
News staff writer
[email protected]
While national elections seem to be the most important elections for citizens to engage themselves in, local elections prove to be vital for issues impacting the city directly, said Sydney Nazloo, a junior political science student at UNC Asheville.
“Some of the issues that this election’s candidates have focused on, such as affordable housing and improving transportation, have very real implications for residents of Asheville and for UNCA students,” Nazloo said.
In the Asheville City Council’s upcoming election, three candidates will run for the position of mayor. Only one candidate, Esther Manheimer, has prior political experience, according to the Asheville 2017 Voter Guide.
According to the Asheville 2017 Voter Guide, local elections tend to be more impactful than national elections. Jobs, public safety and neighborhood development will be affected by the outcome of the elections, as some of the running candidates mention these issues on their candidate platform.
Two of the 12 city council candidates, Cecil Bothwell and Gwen Wisler, have served on the Asheville City Council prior to this upcoming election. There are three available slots on the city council, meaning only 25 percent of the running candidates will be elected.
Carl Mumpower, a clinical psychologist and the Buncombe County Republican Party chair, said voter turnout has been negatively impacted due to deeper problems such as debt, the drug culture and expanding tax rates.
“On a local level, unless people’s taxes and safety are impacted, most skip city elections,” Mumpower said.
City council makes many decisions which impact Asheville residents’ lives as well as wallets. The council looks at the city’s goals, upcoming projects, finances and strategic planning.
“Lack of voter engagement has resulted in a progressively dominated council creating an elitist community increasingly unaffordable for normal folks seeking to carry their own weight versus rely on government,” Mumpower said.
UNC Asheville’s Political Science Club, Student Government Association and College Democrats partnered with Democracy N.C. to help register students to vote or pledge to vote in the upcoming election. Over the course of the day, student volunteers were stationed at four different locations.
National Voter Registration Day was on Sept 26. In 2012, it became a national holiday and celebrates the country’s democracy. According to the National Voter Registration Day organization, more than 750,000 voters helped others register to vote in 2016.
Ashley Moraguez, political science assistant professor, along with a number of volunteers worked together to make sure this year’s National Voter Registration Day was a success.
“I think in total, we registered about 150 people and pledged about 150 to 200 people in total,” Moraguez said.
According to Campus Vote Project’s website, college students made up only about 21 percent of the voting eligible population in 2014 — a national low.
“Learn the issues, choose your candidate affiliations on the basis of fact versus popularity and propaganda and then be a good role model and get out and vote,” Mumpower said.
Primary voting on Oct. 10 allows the top two mayoral candidates and top six city council candidates to continue on to the Nov. 7 general election.