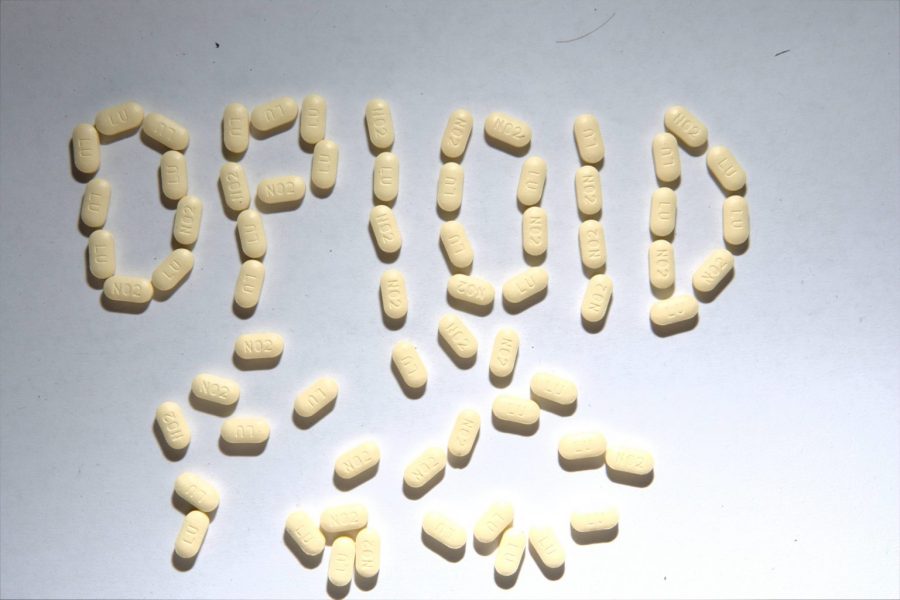 From 1999 to 2016, more than 12,000 North Carolinians have died due to opioid overdose. That is approximately three times the student population of UNC Asheville. Over the last 17 years more than 700 people have died annually, devastating families and communities.
“We think this is the number one public health crisis in North Carolina,” said Randall Williams, the N.C. Department of Health and Human Services deputy secretary of health services. “I don’t think we can overstate the enormity of the issue.”
The number of opioid-related deaths is increasing each year. According to the North Carolina Department of Health and Human Services, fatal opioid overdose increased 20 percent between 2015 and 2016 alone. In response, Gov. Roy Cooper announced North Carolina’s Opioid Action Plan, intended to fight opiate abuse and death.
“North Carolina is losing lives to opioids, an addiction that ravages physical and mental health, hurts families and communities, and holds back our economy,” Cooper said at the Opioid Misuse and Prevention Summit. “This plan gives us a path to reduce these deaths and turn the tide on this crisis.”
The Opioid Action Plan was announced at the Opioid Misuse and Prevention Summit in Raleigh last June. The plan outlines strategies to reduce the oversupply and diversion of prescription opioids, as well as the flow of illegal drugs into communities. The plan also calls for an increase in community awareness, making life saving drugs like naloxone easily available, and the expansion of treatment and recovery systems.
“We have a lot of work to do,” said Mandy Cohen, M.D, department of health and human services secretary. “The opioid crisis is a devastating and complex issue that requires multi- faceted, collaborative action across the health, law enforcement, education, business, nonprofit and government sectors.”
In an interview with PBS, Cooper addressed a necessity outlined in the plan: the re-education of healthcare providers throughout NC. Cooper said the introduction of opioids to many users came from doctors prescribing painkillers without taking into consideration the highly addictive qualities of these pills.
“It’s pretty clear to me that we aren’t up to speed yet across the country with educating all medical providers as to the problem and the steps that they need to take in order to prevent people from getting addicted to opioids,” Cooper said. “There’s a lot we can do in that arena.”
Donnie Varnell, a special agent in-charge with the North Carolina Department of Justice works across the state with law enforcement to change the perception of users from criminals who should be arrested to people who need help. This shift has led some officers to change their course of action from making an arrest to transferring a drug user to a treatment clinic.
“We have a law enforcement-assisted diversion program here in North Carolina where law enforcement is actually asking for these treatment centers,” Cooper said. “They know that they can’t keep arresting people, them overdosing, sending them to emergency rooms, getting back out, arrested again. That’s a vicious cycle that’s not working.”
Medicine for opioid overdose has been made more accessible in the state since former Governor Pat McCrory signed two pieces of legislation intended to help battle the epidemic. In 2013 McCrory signed the Good Samaritan Law permitting law enforcement to carry and administer naloxone, a life-saving drug that reverses the effects of overdose in victims. The Good Samaritan Law also provides immunity to individuals calling for help in the presence of an overdose. Three years later, McCrory signed Senate Bill 734, making naloxone accessible in pharmacies to be purchased without a prescription.
“It’s not so much to the people being affected by the drug because you can imagine if they’ve overdosed, then they can’t save themselves,” Williams said. “It’s really for their loved ones and those around them, their friends, co-workers, family. We’ve heard stories of 14-year-olds getting it so they can save their 18-year-old brother’s life if he overdoses while he’s at home.”
The epidemic of increased opioid overdoses has been seen nationwide over the last 20 years. North Carolina is home to four of the top 25 cities in America for opioid abuse rate: Wilmington, Hickory, Jacksonville and Fayetteville. According to the Center for Disease Control, there are 97 prescriptions for painkillers in every 100 people in North Carolina. The Opioid Action, the Good Samaritan Law, and Senate Bill 734 are changing the protocols for dealing with this crisis. Alongside these changes in legislation increases in treatment, education, and understanding about the tragic loss of hundreds of lives daily gives North Carolina reason to hope for reversal of  increasing overdose-related deaths.