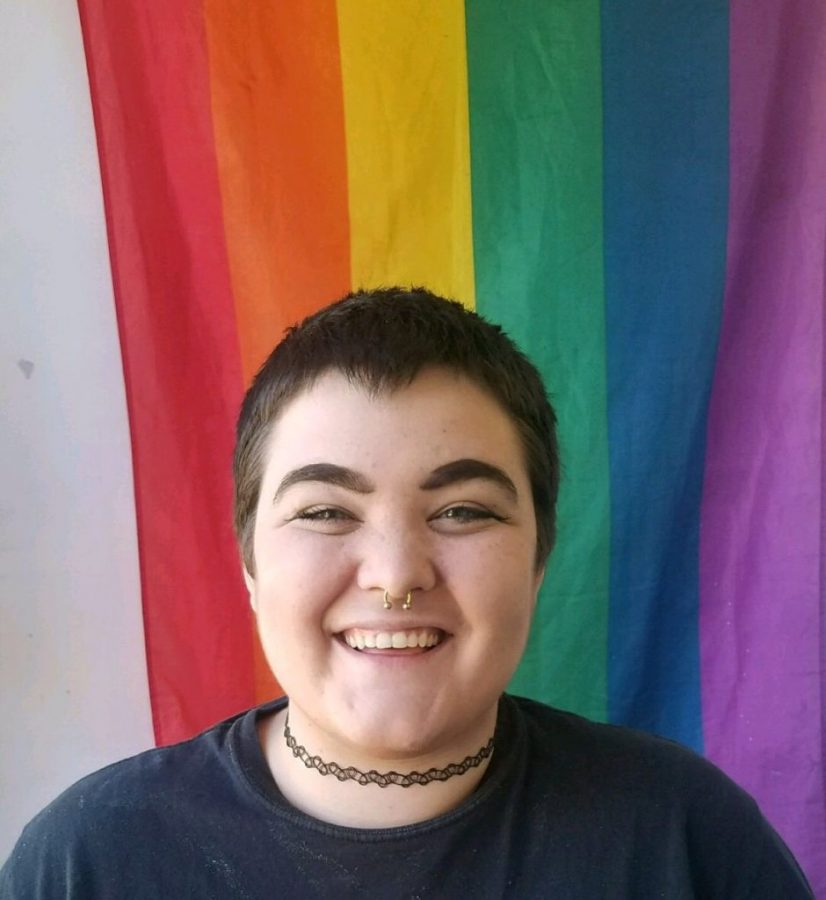 Mickey Bush said they are concerned about the queer population under Trump's presidency. Photo courtesy of Mickey Bush.

By Karrigan Monk
Arts and Features editor
[email protected]
The 23-year-old art student did not realize the change would be immediate.
Mickey Bush identifies as a non-binary individual who uses they/them pronouns. They explained the binary as being male or female and identifying as non-binary means the person does not fall under either category. Mickey said there are different variations of being non-binary, but in general, a non-binary person is one who does not fit in with standard ideas of gender.
They said they began to notice a change in the nation only days after President Trump won the election.
“We’ve got a pride flag just out on our porch hung up and I remember two or three days after Trump was elected to office, my neighbor came by and told me how brave we were for having our pride flag out and I think that’s maybe when I realized that I had something to fear under this office,” Mickey said. “That’s a lot of what it was immediately afterward. Just fear of what is going to happen. How are we going to continue to live?”
For Mickey, this fear was not something they always knew. They said under the Obama administration they felt as if the queer community had an ally in times of hardship, but Trump instills a sense of fear in the community as he either ignores issues or inspires them.