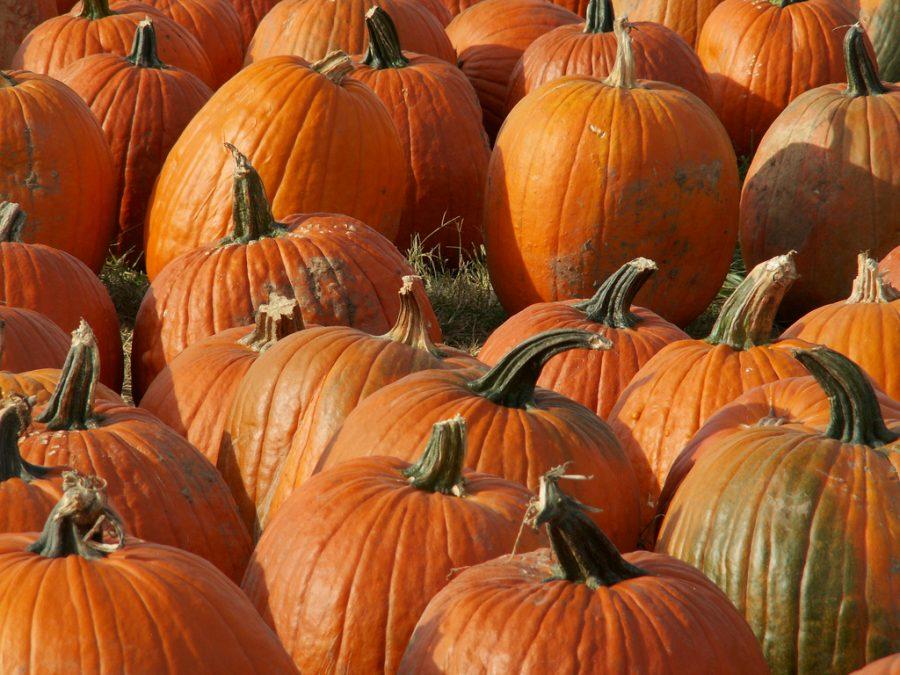 By Bridgette Perrott
Opinion Staff Writer
[email protected]
The air hangs heavily as the leaves turn bright orange much like the jack o’ lanterns marking each doorstep. Costumes come out of storage, fake blood becomes a household staple and the risk of cavities sky rockets.
While Halloween marks a time for fun and festivities for some, it marks a time of reverence and ceremony for others.
According to the National Endowment of the Humanities, Eastern civilizations such as Cambodia and Japan celebrate the dead in the late summer. Western cultures — including Wiccan, Catholic and Mexican communities —  hold festivities in late October and early November.
Star Bustamonte, a practicing Wiccan who serves on the board of Mother Grove Goddess Temple, said Wiccans celebrate Samhain (pronounced sah-win) which venerates the souls passed within the last year.
“In the Wiccan calendar —which is the calendar that most pagans go by — Samhain is the last holiday of the cycle. It’s the end of the year. It involves ancestor veneration — a lot of Pagans will tell you that is when the veil is the thinnest and so there’s all these stories about Halloween and the reason we dress up,” Bustamonte said.
According to the Library of Congress’ American Folklife Center, dressing up in costumes, holding parades, bobbing for apples and eating candy are all remaining traditions from Pagan Samhain festivities.
Since the Pagans believed the veil was thin on Oct. 31, they believed ghosts would be roaming the streets. Pagans would dress in ghoulish costumes to fool the spirits into thinking they were among the dead as well.
Bustamonte said at Mother Grove Goddess Temple, the local Wiccan congregation, they use this time to honor the souls that have passed.
“We tell people if you’ve lost someone in this past cycle, to bring a picture of them to put on the main altar, then we also have a candle lighting station where you can light a candle to remember a loved one whether it was this cycle or many cycles ago,” Bustamonte said. “There’s also a calling of the names where people call out the name of their loved ones that had passed in this cycle.”
While most Wiccans are Pagan, not all Pagans are Wiccan. Paul Templon, a voice teacher at UNC Asheville, uses other Pagan Celtic traditions to help spirits cross over if they have not already.
“The Celts used it as an opportunity to make sure that the people who had been trapped and had not gone on to their next life or other world when they died, remained around,” Templon said. “It was a good time to help their friends, ancestors or neighbors to pass on. So it helped to free the world of spirits that wandered around. It was a good way to be kind to people and do something good for all.”
He said this was done by setting bonfires and reciting prayers, trying to get spirits to move on to the next life. In addition, they wanted to honor those spirits by bringing gifts for the Spirit such as incense, nuts, seeds or cake. These gifts are then consumed by forest creatures in honor of the Spirit.
According to the NEH, the Pagan veneration of spirits led to the Catholic celebration of All Saints’ Day and All Souls’ Day when the Romans conquered Celtic territory in both France and England. This festival was called “All-Hallows” which later was adapted to Halloween.
Elizabeth Girton, director of Faith Formation at the Basilica of Saint Lawrence in downtown Asheville, said All Saints’ Day precedes All Souls’ Day.
“All Saints’ Day is Feast Day on which the Catholic Church remembers and honors all the saints who have been designated by the Church as worthy to emulate or imitate so we can grow in holiness,” Girton said. “All Souls’ Day follows on the next day when we honor and remember all the dead who have gone before us to eternal life.”
She said the difference between the two is All Saints’ Day, celebrated on Nov.1, honors those who have been deemed as Saints who serve as holy examples to Catholics.
All Souls’ Day remembers the rest of our loved ones who have passed. Celebrations include mass held on All Saints Day’ and picnics at the grave of deceased loved ones.
According to the NEH, these practices were then adapted by Mexicans to Día de los Muertos, or the Day of the Dead, when Spanish Catholics conquered Mexico. Their festivities also include festivals, parades and having picnics in honor of the dead.