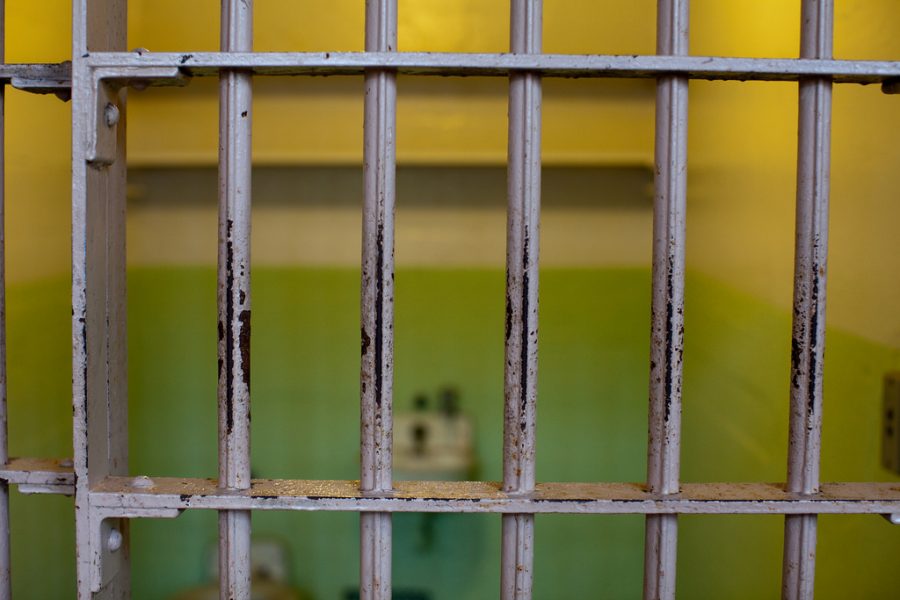 As the initiative known as ‘Ban the Box,’ which attempts to curb discrimination among former inmates in employment opportunities, makes its way across the nation, Asheville community members debate the impact of the policy on employers and those with criminal records.

Candidate for Asheville City Council Dee Williams, who spearheaded the Ban the Box movement in Asheville and Buncombe County, said she believes the policy helps break the cycle of recidivism, or returning to jail or prison, by giving former inmates an economic incentive.

“I am pretty much obsessed with the analysis and the removal of any type of barriers to people’s lives, particularly economic barriers,” Williams said. “Anytime you’ve got a barrier put up like that, predicated on something that is a past behavior that you might have had when you were a kid or a young person or just in the wrong place at the wrong time, those things need to be removed. People change. They can change. And they should be given an opportunity.”

“We got Mission Health to remove the box from their applications. That affected over 10,000 jobs and a number of people are already employed,” Williams said.

While the nearly yearlong pursuit to garner support from governing officials led the change in policy, Williams said she intends to keep working with local businesses, such as Ingles Markets, to encourage more private businesses to do the same.

“Not only are we after Mission, we’re after every major employer in Western North Carolina. So that’s pretty big,” Williams said.

Not all members of the community support the movement. Adjunct Instructor of Criminal Justice at Mars Hill University Bob Kandra said asking employers to remove the question about an applicant’s criminal history may create issues when employers discover the truth about their potential employees.

“If it’s a factor, it’ll be a factor later when that comes out. Once they do find out, I think it’s kind of a prescription for disaster,” Kandra said. “People feel like it’s a good thing because we don’t want to stigmatize individuals. We want to give them the highest opportunity to be able to get a job and to become stable and to re-enter society. But not checking the box on their employment form starts the relationship off on the completely wrong foot.”

Kandra, a former deputy director at the Federal Bureau of Investigation as well as a former case manager for the Central Intelligence Agency, said the lack of experience and training, not criminal history, prevents business owners from hiring former inmates.

“What I would put out there is that a lot of individuals that come out of penal institutions that may have been incarcerated early on or that may have been repeat offenders and have a deeper criminal history generally don’t have high levels of marketable skills, either educationally or experience-wise,” Kandra said.

Williams, who has owned several contracting and development companies over the years, said concern from business owners is commonplace. However, federal and state governments have taken steps to reduce the liabilities associated with hiring those with criminal backgrounds.

“First of all, I understand their misgivings. I was an employer who had 22 people working for me as well and so I understand the so-called risk,” Williams said. “From a business perspective, one of the things that I can offer is that the Department of Commerce offers a bond if people are felons to alleviate some of that risk.”

According to the North Carolina Department of Commerce, employers who hire former inmates have the opportunity to apply for federally funded bonds to cover the risks associated with theft or dishonesty. The bonds insure the employers for up to $5,000 for a span of six months after hiring the at-risk employee.

Still, Kandra believes the bonds may reduce the business owner’s responsibility to hire qualified employees, especially in cases where employees are expected to engage with the public.

“I don’t know if the person who has the small business is the best judge about whether or not a particular individual should be hired or not and be that gateway through,” Kandra said.

As the Ban the Box movement continues to grow among employers, some advocates have shifted focus to another area where former inmates face discrimination: college campuses. Former inmates also encounter the question of criminal conviction on many university and community college applications.

“It’s a process that the leadership of that group is representatives from academic and student affairs and we are looking for an understanding of what happened in that situation,” McHargue said.

McHargue said the admissions review process allows UNCA faculty to examine areas such as growth, ownership, rehabilitation, as well as examples of academic, employment or service-based work during and after incarceration.

“We look at everything. What we have to review is what kind of incident it was, does that person potentially pose a risk to the campus, could that individual’s presence on campus be disruptive and is there evidence that that person has the ability to be successful from a social, personal and academic perspective.” McHargue said.

Despite intentions from UNCA faculty to provide a fair opportunity to the formerly incarcerated, merely having the question on the application may be enough to deter potential students. A report from the Center for Community Alternatives found the presence of the criminal conviction question on college applications might inadvertently create a chilling effect toward individuals with criminal backgrounds. Almost two out of every three applicants who checked the box never finished the application.

Regardless, Senior Director of Admissions and Financial Aid at UNCA Steve McKellips said the university will continue to make efforts to work with former inmates once they choose to disclose their criminal history.

“We really don’t think education is something that should be permanently taken away from somebody,” McKellips said. “I could understand the reservation on the front end for sure, but I think those who go through the process genuinely feel like they were legitimately considered and I think anytime we even say ‘No’ to somebody, I think people hear that they were heard through this process.”

Perhaps the biggest issue surrounding the Ban the Box movement for both employers and universities involves safety. McHargue said most colleges and universities include the criminal conviction question in their applications as a means of protecting students.

McHargue cited a 2004 incident in which a student who never disclosed an extensive criminal record was admitted into the UNC Wilmington. The student was later charged for killing a fellow student on campus.

“Sadly, it came about after a student who had moved between a couple of UNC system schools, who did not disclose his previous disciplinary history, went to Wilmington and was involved in a double homicide. So that is really where that came from,” McHargue said.

“If I was having a new roof put on my house, it might not matter to me that much whether the person installing my roof had a record. If I was having an HVAC system installed in my home, where I have things of value, I have my family, I have things that I care about, would I want someone who was a once or twice convicted burglar or a felon to be in my home? I might choose a different construction company,” Kandra said. “I’m not sure if I would make my decision based on that alone, but certainly I would want to choose a company that I felt was insured and was responsible and knew who their employees were.”

While Williams said she understands the concern, employers who choose to ban the box should use common sense approaches such as careful job placement and and probation periods as precautions. Williams also encouraged the use of background checks if employers decide to make a substantial offer of employment.

“They have a set, Mission does, of policies and procedures of how this is supposed to be done. They’re not going to hire you if you’re a felon and you’ve just come out of prison for murder and you’ve been out 60 days. That’s not going to happen,” Williams said. “But people who have been working on themselves and have kept themselves out of trouble, wherever these folks can fit in, they need to be put in and given an opportunity.”